Three days after it became publicly available, iOS9 adoption has reached the 25 percent mark of all active iOS users, according to live data from analytics firm Mixpanel. For comparison, we’ll say that iOS 7 reached 26 percent after four days of release, similarly to iOS 8 as well.

Apple’s effort of making iOS users upgrade their devices can be seen as a definite plus by developers who can focus on supporting the current and most recent iOS releases – going back no more than two years. 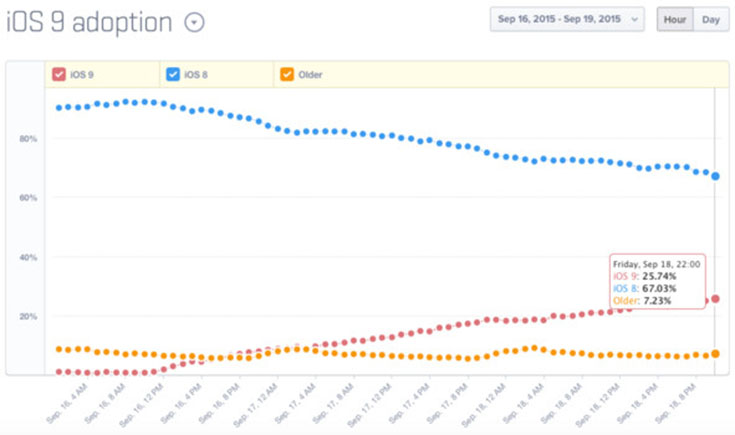 In comparison to Android, the percentage of users running the latest major Android release is around 20% one year after its release. This kind of fragmentation creates complex problems for developers and users as well, since tailoring applications to run on specific versions of Android or selected devices is a time-consuming process that also requires significant financial investments.