Home News apple-news Apple CEO: The Company Will Fight Against the FBI’s Request Apple CEO: The Company Will Fight Against the FBI’s Request

Ian P.Feb 25, 2016apple-newsComments Off on Apple CEO: The Company Will Fight Against the FBI’s Request

In an interview with ABC News anchor David Muir, Apple CEO Tim Cook spoke about the repercussions of the FBI’s request to build an iOS backdoor.

In questioning Apple CEO, Muir first addressed public opinion regarding the ongoing encryption debate, connected to the San Bernardino case where 14 people lost their lives. Cook, however, remained determined in his stance that creates a version of iOS with weakened security could endanger hundreds of millions of Apple customers. 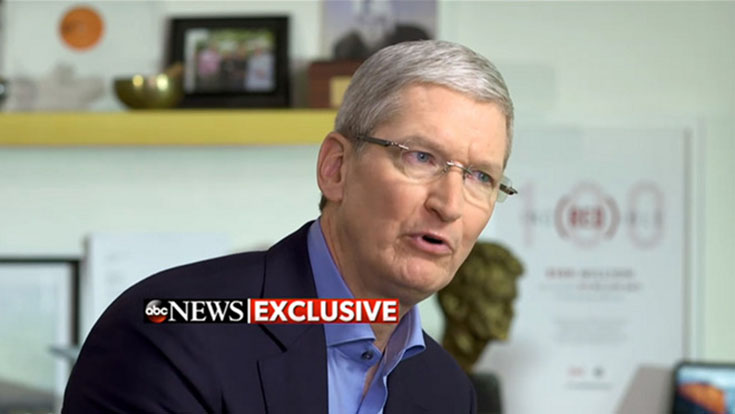 When asked about FBI Director James Comey’s public statements regarding a one-device workaround, Cook said that Apple could be later forced to create other intrusive tools like an operating system for surveillance. These dangers pose a very real threat to the public at large.

“I don’t know where this stops, but this should not be happening in this country. This is not what should be happening in America,” Cook said, adding that if an encryption law is to be instated, it should first be debated in Congress.

The ABC News anchor also asked Apple CEO whether this should have been resolved in a secret lab, similarly to the one used to develop next-generation devices. However, Cook replied that he can’t comment on FBI tactics, or why the agency chose to take its fight into the public realm.

As we wrote yesterday, Apple was forced by a federal judge to build a special version of iOS that would allow the FBI to access the phone used by San Bernardino terrorist Syed Farook. Apple has only a few days left to provide legal arguments against this decision.