Ian P.Jun 02, 2016mac-newsComments Off on Thunderbolt Display to Come with Integrated Graphics Card

As we reported just a couple of days ago, Apple might be planning to unveil an all-new Thunderbolt Display during this year’s WWDC. A new report says that Apple may finally update its standalone display, which should come with a graphics card, ensuring that all Macs could push the pixels necessary for a 5K resolution. 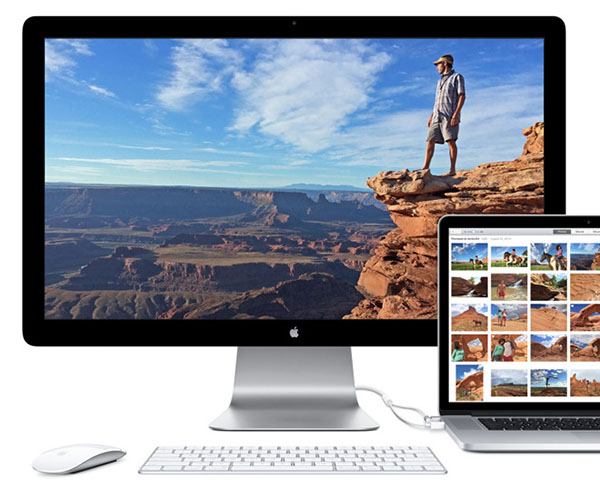 Embedding a graphics card into the display could help Apple to ensure that any Mac could handle the processing power needed to achieve a 5K resolution. This would be of particular interest to the 12-inch MacBook owners since this model uses an ultra-low power Intel Core M processor. This processor allows for a silent and cool fan-less design.

Professional users are well-aware that Thunderbolt can support external graphics card, which has led to some unofficial workarounds. However, this requires some advanced hacking to enable Thunderbolt GPU drivers, even though the result still remains buggy.

However, new hardware is not expected at Apple’s Worldwide Developers Conference keynote on June 13, where the company should primarily talk about the future of OS X and iOS. Still, we could receive the news of a new Thunderbolt Display, which could be launched later this year. In case you don’t remember, Apple offered a sneak peek at its new Mac Pro at WWDC 2013. The desktop arrived in the hands of consumers just before the end of the year.