10 Things You Do Not Know about Apple Watch 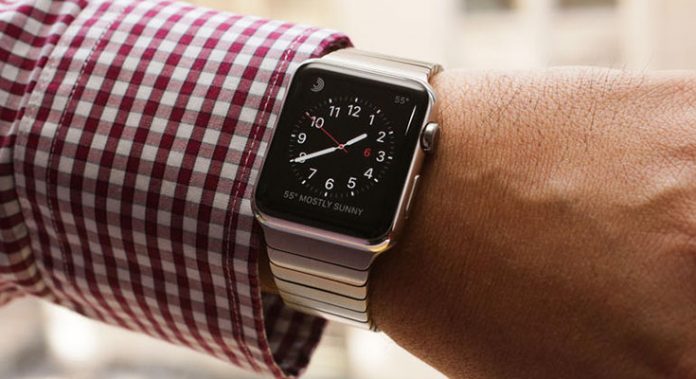 Apple Watch is the most personal device that the tech giant has ever built. Being equipped with amazing features, including heart rate monitoring system, the Apple Watch is considered as a revolutionary device in the world of smart-watches.

The pre-order of Apple Watch has already begun on April 10, while its first batch will arrive to the consumers on April 24.

Before going to the Apple Store to get your highly anticipated smart-watch, find some of the things that you haven’t known about the Apple Watch before:

Despite you can use several gestures to control different functions, including swiping to the left to close any tab in Safari and swiping to the right to mark an email as read or unread, in the iPhone and the iPad, do not try to use the same gestures in Apple Watch, as it will not work. Apple has revealed the reason behind touchscreen gestures being inactive, stating that the small display of the Apple Watch is not suitable for the particular features. For example, the screen is too small for pinching to zoom. This issue will definitely affect those users who are addicted to using touch screen gestures in their iPhones and iPad.

One of the many things about which people are not aware of Apple Watch is not being waterproof but water resistant. More specifically, the components of Apple Watch are sealed in such a way that prevents them to be in contact with water. However, they are not water proof. That means, even though you can wear Apple Watch in light rain, you should never wear it during heavy shower, swimming and bathing.

Apple Watch is able to adjust the daily fitness goal with respect to your movements. Every week,  the device analyzes your recent movement history and creates a suggestion for daily movement, which helps the users to burn the right amount of calories. For instance, your daily goal is to make 12,000 steps every day, but you have been able to do only 7,000 steps. In this case, the Apple Watch will reduce the number of steps automatically, and start motivating you so that you can continue working hard to achieve your daily goal.

Do you lose your iPhone very often? Don’t worry. The Apple Watch is able to use “Find my iPhone” feature. That means, if your iPhone is lost, you can find it by pinging with the help of Apple Watch. The smart-watch will be very beneficiary for those users who always fear to lose their beloved iPhones, as it is always strapped to the wrist.

Despite most of the reviewers agree that Apple Watch is a revolutionary device, they have found a very frustrating issue. They mention that the third party apps are taking too much loading time on the device. In fact, it seems that they will continue to load forever! The reason behind this issue is associated with the iPhone’s cross loading extension on the Apple Watch whenever an app is being downloaded. That means that you smartwatch is not streaming data directly from the web, but from the phone. This type of remote phone apps often tends to load very slowly.

Despite being equipped with so many outstanding features, the Apple Watch do not support one of the most basic functions of today’s technological devices, which is replying to emails. Though you can see your iPhone’s received emails on Apple Watch, you are not enabled to reply them with it. Most of the people might be using the iPhone to handle the emails, but the exclusion of the particular feature sounds really strange for an outstanding device like the Apple Watch.