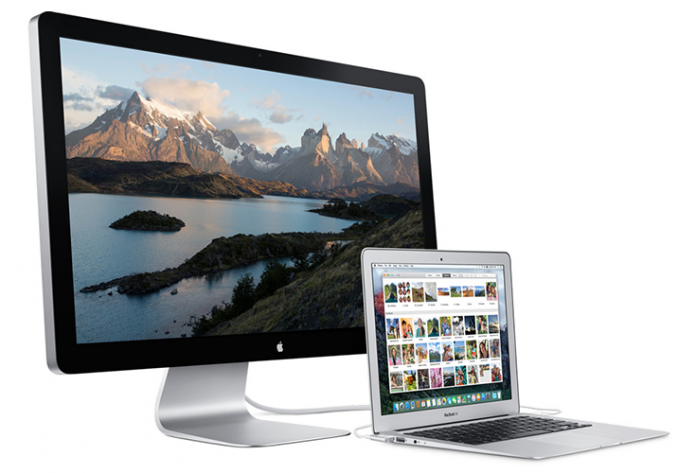 Apple has made an announcement that it plans to discontinue its Thunderbolt Display. This monitor was available for purchase online and in Apple retail stores since it was introduced back in 2011.

The company will continue to sell existing Thunderbolt Display stock as long as it remains available, but once stock is exhausted, this model will no longer be available. It is not clear why Apple made this decision and if this means that a new 4K or 5K display in on the horizon.

[quote]”We’re discontinuing the Apple Thunderbolt Display. It will be available through Apple.com, Apple’s retail stores and Apple Authorized Resellers while supplies last. There are a number of great third-party options available for Mac users,” said an Apple spokesperson.[/quote]

As we already reported, stock shortages ahead of this year’s WWDC sparked rumors that Apple plans to unveil an updated display. However, no new hardware appeared since WWDC was focused on software for iOS devices, Macs, Apple TV, and Apple Watch devices.

According to rumors, Apple is currently working on a 5K display, which could feature a resolution of 5120 x 2880 pixels, along with USB-C and Thunderbolt 3 peripherals. It could be also equipped with a built-in GPU or use a DisplayPort 1.2 Multi-Stream Transport setup to stitch two halves of a display together to make on seamless display.

Regardless of if Apple is indeed working on a new display, the chances are that we won’t see it until late fall.