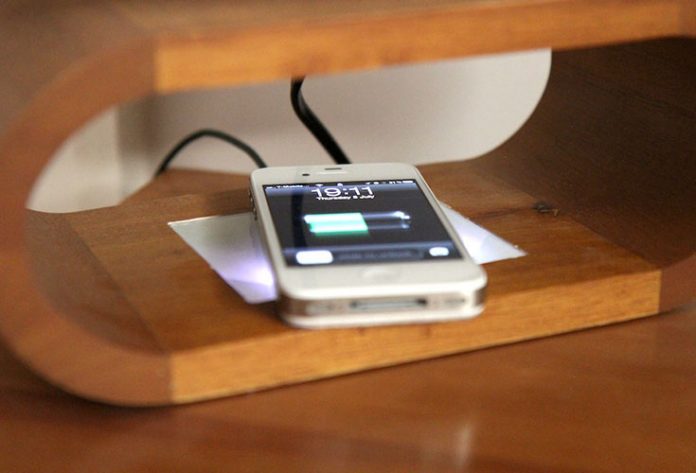 According to Bloomberg, Apple is working with partners in the U.S. and Asia to developed a new kind of wireless charging. As people familiar with the plans say, this technology could be implemented into iOS devices as soon as next year.

The company is exploring technologies related to wireless charging that would allow iPhones and iPads to be charged from further away than with the current charging mats. With iPhones and iPads generating more than three-quarters of Apple’s revenue, this technology could give an edge to iOS devices. Numerous critics are already arguing about the lack of innovation by Apple and other smartphone makers. When it comes to wireless charging, Samsung, Sony, and Google are among rivals that have released smartphones that could be charged wirelessly.

Interestingly enough, it seems like Apple has been very interested in this technology during the last years. In 2010, the company made a patent application outlining a concept of using an iMac to charge nearby devices using near-field magnetic resonance. Even though these plans were never realized, Apple Watch is using a similar technology. Another patent application revealed a method of making an aluminum casing that allows radio waves to pass through, which would minimize the problem of metal interfering with radio signals.

Even though these are still rumors, it seems likely that Apple will introduce wireless charging to iPhones and iPads in the next two generations of devices. Even though this looks to be one of the fields where Apple is losing the battle against other smartphone makers, we are sure that we’ll see a completely new technology that will be several steps ahead of what can be used today.