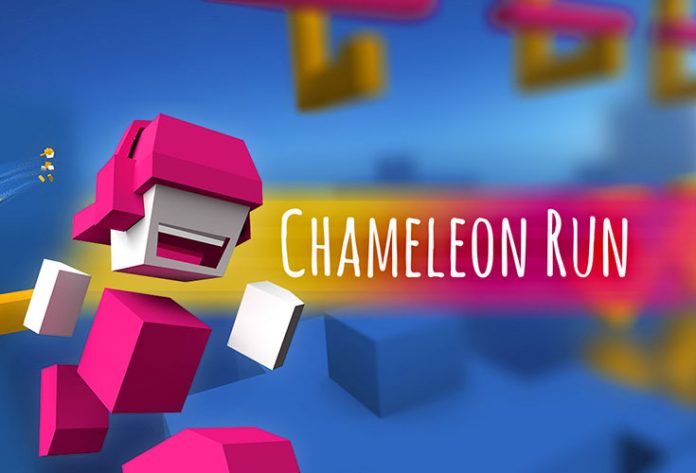 The iOS App Store is full of all kinds of endless runners. This gaming genre seems to be highly suitable for a handheld device, mostly because it can easily combine beautiful visuals, easy controls, and a high level of addictiveness. However, even though we can see numerous new endless runners being released on a weekly basis, not many of them bring something that is truly new and authentic.

Differently from other games on the iOS App Store, Chameleon Run comes with something that’s very familiar and not that different, but also manages to bring a couple of innovative twists that make this game stand out. In addition, Chameleon Run is made by Noodlecake Studios, and you certainly know how much we at JustGoodBites love games that are developed and published by this studio. Interestingly enough, Chameleon Run is not an endless runner, as you might think by taking a look at its trailer. Instead, there are stages and chapters that wait to be unlocked. Continue reading to learn more.

Chameleon Run is based on a very simple concept – swapping colors. Right from the start, you will be presented with two colors, yellow and purple, with the ability to switch between them at will. A short but helpful tutorial will teach you how to swap colors and how to jump, which is basically all you need to know before you can jump into the game. 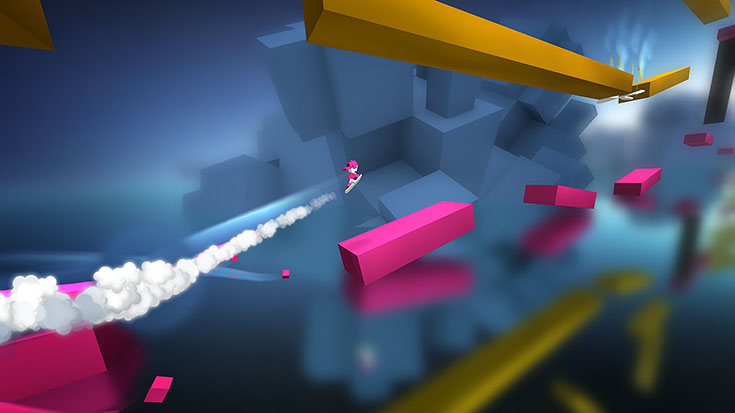 In addition, you should know that touching different blocks with an opposite color will end your run, but you will also have to avoid colorless blocks further in the game. There are also numerous other obstacles, as expected. In order to keep things interesting, new game mechanics will be gradually introduced. However, you will be shown a quick tutorial once that happens, that teaches you the ropes.

Chameleon Run seems to be heavily inspired by Minecraft and similar games, at least in terms of its visuals. Games like Minecraft have done a good job of promoting voxel art style, so it’s not surprising to see newly released games adopting this visual style.

This game comes with the 3D pixelated look, very simple in its core. You will see paths and obstacles made of primary geometric shapes, while backgrounds are blurred out. All in all, this is a very stylish presentation that I am sure many of you are going to love. 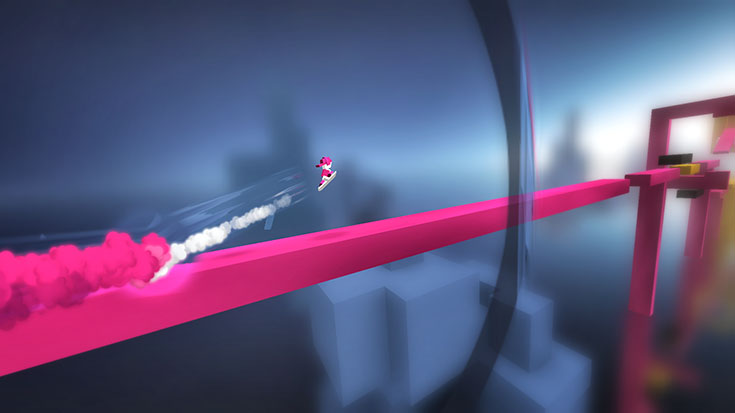 The theme of color is the main focus of this game. Your little runner gushes a cartoon-like trail of color, indicating its current color mode. The environments are also full of life, even though the game seems to be made of primary geometric shapes. The only thing that I would like to see improved is the soundtrack. The game comes with a generic electronic track. Even though this fits the game well, more elaborate sound effects would definitely help this game stand out even more.

I would like to praise this game’s performance. I tested this game on my iPhone 6 and I haven’t experienced a single issue. The game runs incredibly smooth, and it is a joy to watch this little character jump over different obstacles. I couldn’t find an information on how this game runs on an older iPhone, but I guess there shouldn’t be any problems.

As you will see by playing a couple of initial levels, it is incredibly easy to switch between different colors. Tapping on one side of the screen will swap between colors while tapping on the other side of the screen will make your character jump. That it pretty much all when it comes to controls. This might sound like an overly simple mechanism, but trust me when I say that Chameleon Run is not a simple game. It requires fast reflexes, making me sure that you’ll replay different levels more than once.

In addition, even though the controls seem easy, they are very hard to master. The best example of this is different types of jumps. There is a standard jump, double jump, falling jump, and falling double jump. You only get two jumps in a row unless you touch the ground to reset. On top of this, the speed gradually increases as you make progress, which is yet another thing that makes this game as challenging as it is. 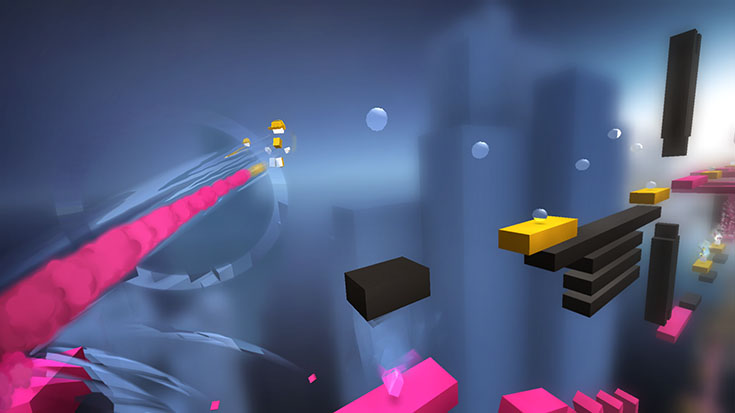 Even though you can finish a stage without clearing any achievements and simply by making sure you don’t make a mistake, there are several achievements to strive for. As said, the basic one is to finish the level. The second is to collect all the crystals that you’ll find scattered across the game. The third one is to finish an entire level without switching colors, which is most certainly the hardest thing to achieve. Even though there aren’t that many stages in the game, you can easily spend an hour or more on a single stage, so the replay value is really high.

I would also like to mention a surprising aspect of this game, which seems like another proof of how clever and throughout this game is. What I liked the most is that even if you make a mistake while playing a level, you can end up in a different path. Sometimes these paths can actually help you obtain all three achievements, so my advice is to roam around and try out different combinations.

Chameleon Run is priced at $1.99 and comes without any in-app purchase options. This definitely seems refreshing since the majority of a newly released game are freemium-based. By playing the game you will earn Chameleon tokens, used to unlock new levels. Since there are no IAP, you can’t buy these tokens, so you’ll have to earn them by playing the game.

Chameleon Run captured me right from the first level. Since then, I managed to go through the entire game, so right now I am replaying some of the levels. That’s how addictive and engaging this game is. My strong recommendation is to download it.