Firewatch – An Intricate Game With a Memorable Story 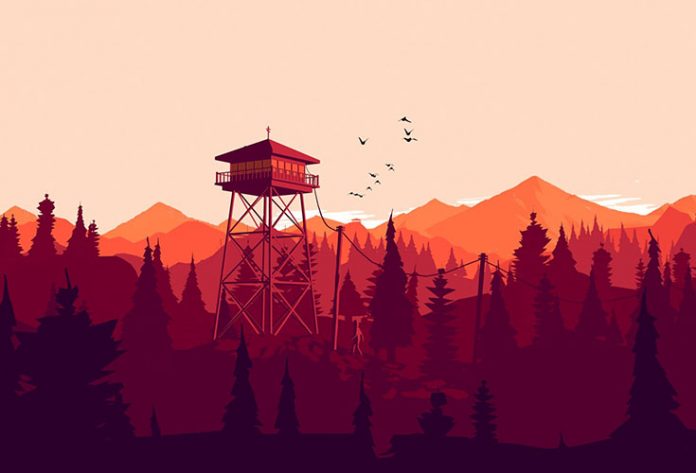 When it comes to games on JustGoodBites, we usually write about interesting iOS creations. Even though the process of creating an iOS game isn’t easy and can be extremely tedious, there are only a few games that captured our attention for more than a couple of days.

The most enjoyable iOS games are known to be complex at their core, but simple in their execution. As far as video games go, iOS games are as powerful as any other games. They can inspire us, make us think and wonder, and evoke a certain emotion. However, for the full experience, I will always turn to my computer. This is my personal opinion, and I know that a lot of you might feel offended if I pick my computer as the primary way to play video games, but as I pointed out earlier – every game and every platform can be the perfect medium to showcase an interesting idea.

In this article, I will tell you about a game called Firewatch. I am trying very hard to confine myself while saying that this is just a video game. After all, we live in 2016 where we have access to realistic graphics and amazingly detailed simulations, which means that video games have become a new way to present an idea that has the potency to affect millions of players around the world. 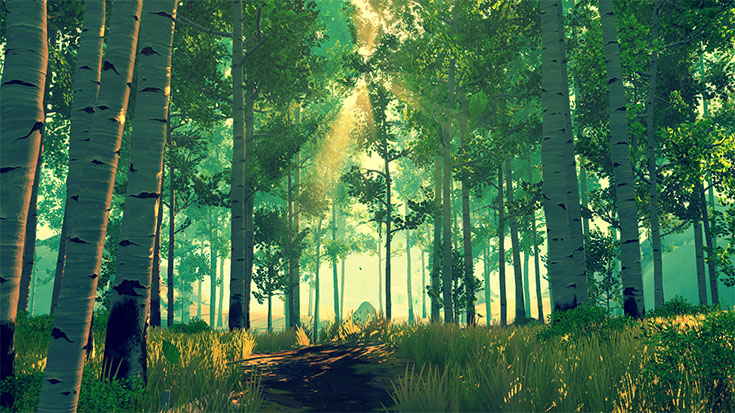 Firewatch is the first game that I played in a very long time on my Mac, but now I feel that I am very happy that I returned to a larger screen. Lately, I’ve been busy playing games on my iOS device, and as much as addictive they can be, I now see that Apple’s mobile operating system might need a few more steps in the right direction.

Without further ado, let’s see what this game is all about.

Imagine being a lonely man in a vast country, surrounded by nature in all of its splendor. This is exactly what Firewatch offers. However, there is no way to enjoy that beautiful scenery since you will be pushed from one scene to another, connected by a well-written narrative path. You will be amazed by how these bite-sized chapters can change your faith, reminding you to take a deep breath in your real life and stop to think about happy things in life. 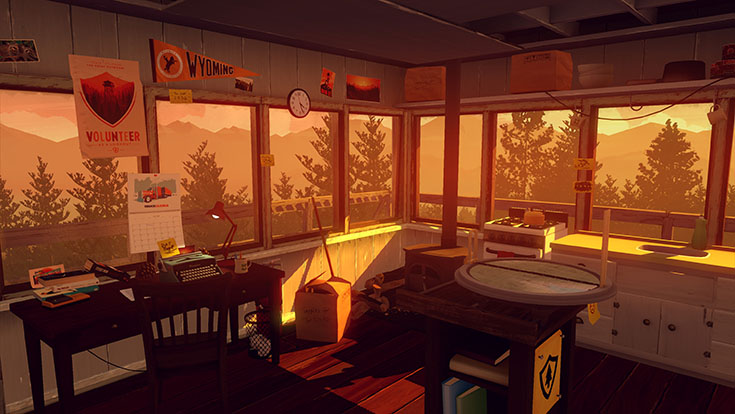 Set in the outdoors of Wyoming, you will become Henry, who takes a summer job as a fire-spotter in a national park. Since this happens in the late 1980s, you will be guided through the park by your supervisor Delilah using a walkie-talkie, who oversees you from her mountaintop destination. Delilah will be your voice of reason, but will also push you in either direction and will become quite complicated at some point. However, she is quite friendly, even flirty at times. Quite complex, just like the rest of us.

As Henry, your job will be to follow Delilah’s instructions. You will be sent to investigate a column of smoke in the forest. However, this will soon change in a very unexpected manner. During numerous missions, you will have to report back to your supervisor which will lead towards very branched dialog trees.

As he wanders through the country, Henry will have to hike, jump over trees, and climb rocky inclines. This will lead him to a couple of incredibly immersive vistas, which I am sure you will save as screenshots. What is interesting is that Firewatch doesn’t provide a wide-open world, but instead serves as an illusion. You will be confined by paths and occasional clearings, but you will think that you can move anywhere you want.

When it comes to challenges, Firewatch isn’t really a difficult game. There are no precise timings and twitch moments that you need to act on, so you won’t break a sweat. However, this game is very difficult emotionally thanks to probably the best writing I’ve experienced. The game will ask for solving some puzzle-related challenges, reading a map, using a compass, and exploring the environment. Still, there will be a sharp curve in difficulty right before the end, which seems like a master move by the game’s developer, Campo Santo.

Complexity of The Characters

The real value of this game is in its characters. You will become Henry by making a few interesting choices the beginning of the game. For example, you will be asked to choose a pet and name it, as well as pick a way to interact with the character’s unwell wife. These mini choices might feel strange at first, but they play a very important part of experiencing the game.

Both Delilah and Henry will soon become real characters thanks to their complex and ever-changing personalities as you uncover small, but important details from their lives. Both of them struggle with their anxieties, and they are two very intricate individuals. Still, they depend on each other, so the core of Firewatch is their relationship that you as a player need to form and shape. This will definitely lead to some unanswered questions after you finish the game, and I can already see people discussing different small points on forums and social networks.

The game should take about five hours of active gameplay, so it’s not too long. I am sure you will want more when you finish playing Firewatch. Most importantly, this game will leave you with a certain idea in mind that might be very different than someone else’s idea.

For me, this game is about privacy and our response to someone trying to break that apart. Henry and Delilah are certainly afraid that someone has big plans for the national park and that someone is watching them. This leads to a very frightening type of abuse since the invasion of privacy is a terrifying violation.

A good book will never answer all your questions. Instead, every great book is made to raise more questions than answers, and this is exactly what Firewatch somehow managed to do.