The first Apple Store soon to open in Mexico City 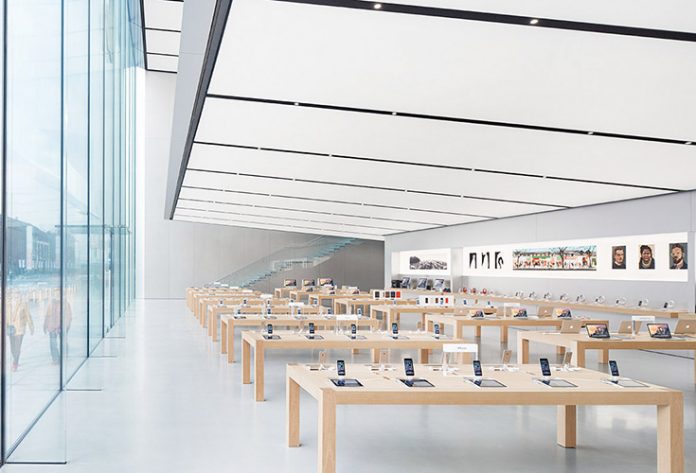 As AppleInsider writes, Apple is preparing a massive retail expansion into Latin America with new Apple Stores opening across Mexico and South America. The largest one should be opened in Mexico City, according to a source familiar with the matter.

The initial stage of Apple’s plan includes a new Apple Store location in Mexico City, in a mall location in Via Santa Fe, the upscale wing of Mexico City’s Santa Fe Complex. The report notes that Apple SVP of Retail, Angela Ahrendts, recently made the deal official by signing a lease, even though construction of the new Apple Store was already underway. At the moment, there are no known details about this location, so it can’t be said with certainty when the Mexican Apple Store will be officially opened.

Interestingly enough, the Via Santa Fe Apple Store will be the first official store to open in Mexico, and only third to open in Latin America. Currently, the both Apple Stores are located in Brazil, which the source said were used as a testing ground for an upcoming expansion. 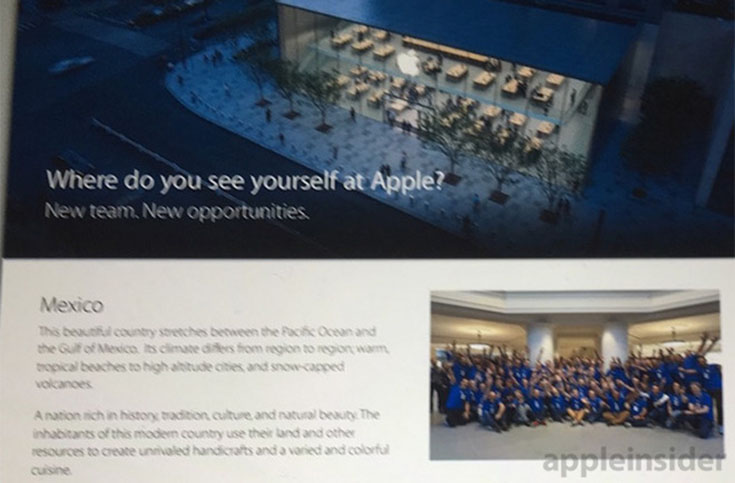 As can be seen from the image above, Apple is assembling a team from its existing workforce for the Mexican retail expansion. Looking further down the road, the plan is to expand into neighboring countries like Chile and Argentina, well as other cities in Mexico.