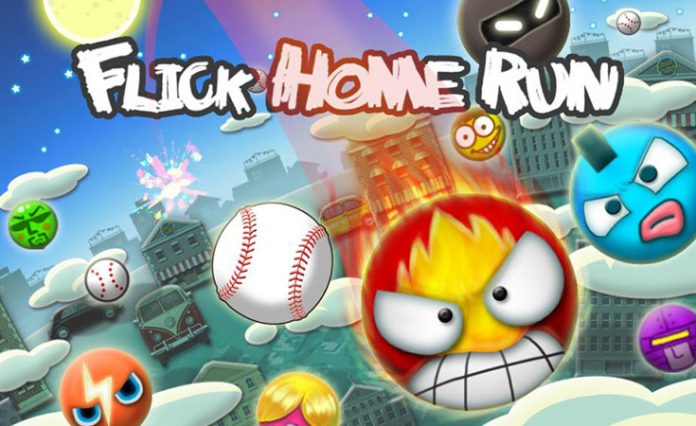 Flick Home Run was one of those games that I kept seeing on the iOS App Store, even though I never tried this title. Maybe that’s because of its icon, or perhaps because of numerous negative user reviews, despite the game’s popularity. However, once I decided to finally try it since there had to be a reason for its popularity, I discovered how interesting and captivating this game is.

Flick Home Run was released back in 2011 and somehow managed to stay on the iOS App Store’s charts of best-selling games. Ever since it was released, people have been talking about it, which I believe is the best way to promote a game. We didn’t see an aggressive marketing campaign like with Clash Royale. Still, this shows you that there’s got to be something amazing about this game since the iOS App Store’s competition is ruthless. 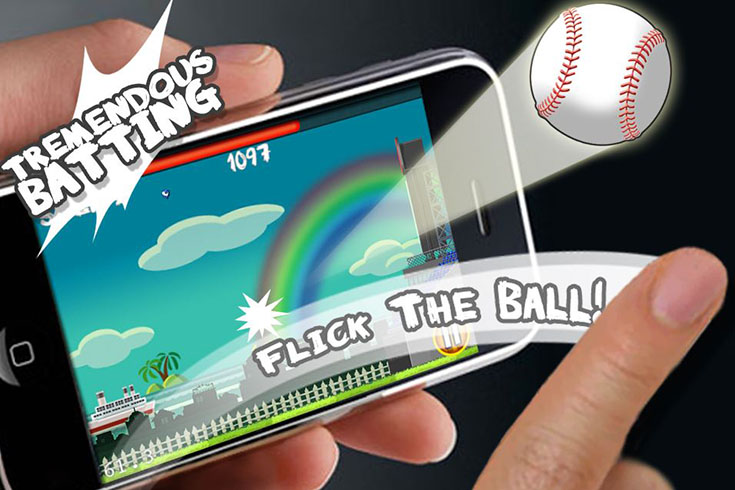 Continue reading this review where you can find out more about Flick Home Run’s concept, visuals, gameplay, as well as if this game is worth your time and money.

Flick Home Run might look like a game for baseball fans, but it’s not. This is a typical casual game that can be played when you have a couple of spare minutes. It is also good for longer gaming sessions.

This is a game that can be explained in a sentence or two, but there is a lot of complexity underneath, which is what captured millions of its active players.

Simply said, this game provides you a challenge of hitting a pitched ball as hard as you can. The ball lands somewhere out of the park, so you should look for ways to inflict more damage to cars and buildings. I am sure this sounds like a regular (or not so regular) baseball game, but there are no batters, bases or fielders, or anything similar. There are no virtual bats neither since you have to use your finger as the bat. As can be seen, this is a very simplified baseball game with some out of the ordinary rules.

Here is how you play Flick Home Run. Your finger needs to be placed on the left side of the screen, and then the ball gets pitched. The game’s complexity lies in this mechanism. Since there are different kinds of balls, you will have to adjust your pitch in order to get it out of the park. You get points for every foot the ball travels and there are bonuses if you hit some unusual targets.

On the other hand, you play against your life bar, which decreases with every pitch. You can also replenish some of your life points based on the distance your ball reaches. Health is usually lost if you swing and miss, as well as if you hit a foul ball. 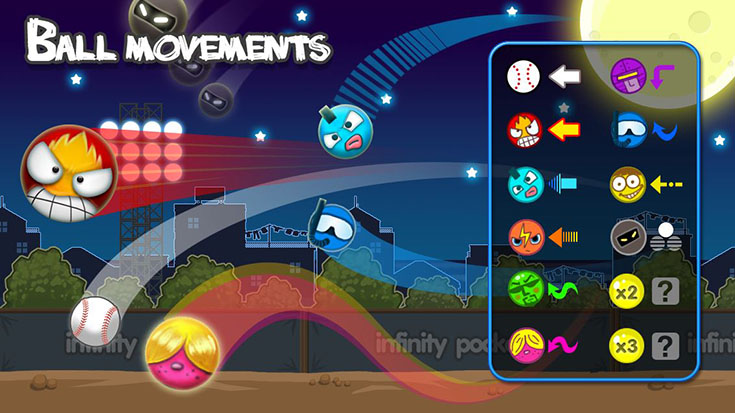 There is also a third important element which needs to be taken in consideration. As said before, there is a number of different balls and you don’t know what kind of pitch is coming. There are power-ups that you can use to open this option. There are regular baseball balls, fastballs, fast drops, curvings-balls, and many others. You can learn more about their properties in the game’s help section, or simply by playing the game. This is how you will learn that some balls are heavier, others can go really far, while there are those that act as score multipliers.

To keep things interesting, Flick Home Run comes with numerous game modes. This is why the game never gets old. Some of those are a minor challenge, major challenge, multiplayer, monster mode, and practice, among others.

The minor challenge mode presents a series of objectives to reach in each session. There are 15 different steps (or objectives) to go through. The furthest distance allowed in this mode is 1000ft, so the ball will stop if it reaches that limit. On the other hand, major mode is unlocked by completing the minor challenge mode. It brings harder difficulty, new types of balls, but also extends the limit of 1000ft. 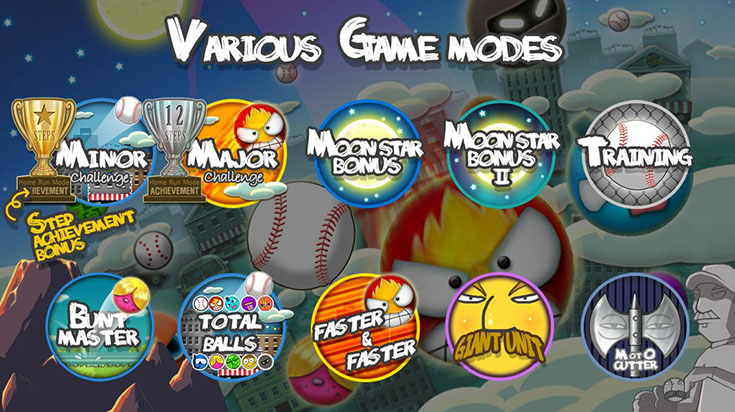 In case you like to play online or with your friends, you will be happy to hear that there’s the multiplayer mode. This 2-player online mode has both players race for a full points meter. You will see how your opponent is doing by taking a look at its points meter, but you can’t see how they actually play.

The monster mode is one of the several mini-games. This one provides you with nine balls and you need to hit as many stars as possible. This is done by bouncing the ball off various moons in the sky. You can’t really make a bigger splash in this mini-game unless you’ve upgraded your power attributes.

Flick Home Run provides you experience points after each game so that you can upgrade one of three things. These are power, your bat’s efficiency, and the ability to preview pitches.

The first one simply adds up to your power, so you can hit the balls further. I guess this is pretty much self-explanatory. When it comes to improving your bat’s efficiency, this should mean that you’ll get less foul balls.

These upgrades are what’s infuriating about Flick Home Run. In order to go through some more advanced mechanics, you will have to upgrade your character. However, the game spikes in difficulty at some point, forcing you to either try really, really hard or to buy different upgrades. After that, everything returns to normal, until the difficulty spikes again. This is when you will realize that the game has more to do with luck than skill. The game is also asking very aggressively from us to buy these upgrades, which are not exactly cheap by the way.

This game has a lot of potentials to be fun. The in-app purchase options are what’s making this game tedious and money-grabbing. I also heard about performance issues, even though I haven’t experienced that while testing this game. I wished to see a more user-friendly way of offering more content for a certain price, but instead Flick Home Run turned to paywalls.

I would recommend Flick Home Run if you’re really interested in seeing what that hype is all about. However, I don’t think this game will attract you in the long-term.