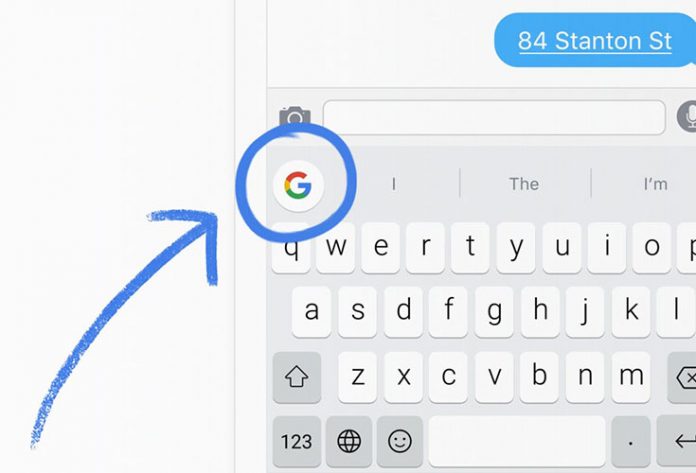 Android users were able of adding and using third party keyboards for a long time now. This was one of the biggest points against iOS and its restricted system. However, Apple decided to allow developers to build their own keyboards and deploy them using the App Store. Numerous popular titles appeared like SwiftKey and Swype, but Apple’s stock keyboard seems to be the most popular option. Today we present you Gboard.

Google recently launched a new keyboard for iPhones called Gboard. At the moment, it is exclusively available on iOS right now. This was a strange move, and there is no clear explanation why Google developed such a great keyboard (as you are about to see) without offering it first to its own users. Maybe this could be a move to attract iOS users to Android.

Once installed and activated, Gboard looks like the default iPhone keyboard. You might not even notice the difference except for a fairly large “G” logo in the top left corner. However, this is exactly what sets this keyboard apart.

Once you tap on that G, it opens Google search within the keyboard itself. This is where you can search for anything on the Web, and you will also get suggestions and you can browse the results like you normally would. However, you can’t actually browse the links, but instead, you can only see and share them. Perhaps this can be better explained by proving an example. Let’s say that you and your friend are texting about a restaurant. In order to give your suggestion where to eat, you can tap on the Google logo, search for a restaurant and share it with your friend with just one tap. Google will automatically insert a Google Maps Card or the text address of the place, depending on where you tap.

The biggest selling point of Gboard is that it solves multitasking on the iPhone. Even though Apple has put a lot of effort when it comes to iOS multitasking, it can be still painful to copy a piece of text or to share an information between two apps.

When it comes to multitasking, you are basically switching from one full-screen app to another full-screen app using taps and gestures. For example, you can’t easily search for something online and “click and copy” the link location. This means that you have to open the link and copy the address.

With Gboard, you can do the same operation much quicker, since it eliminates several steps. It’s reducing how much you multitask on an iPhone, and I think this reason alone is more than enough to persuade you into downloading the app.

Sure, it’s great that you don’t have to multitask as much, but it’s important to take a look at other Gboard’s features. So let’s ask us how does Gboard perform as a keyboard?

When it comes to performance, Google’s keyboard works just as good as Apple’s own. The autocorrect is reliable, while the long-press shortcuts for the special characters are in the same place as on Apple’s keyboard. This means that you won’t notice the difference if you’re switching from the stock keyboard. 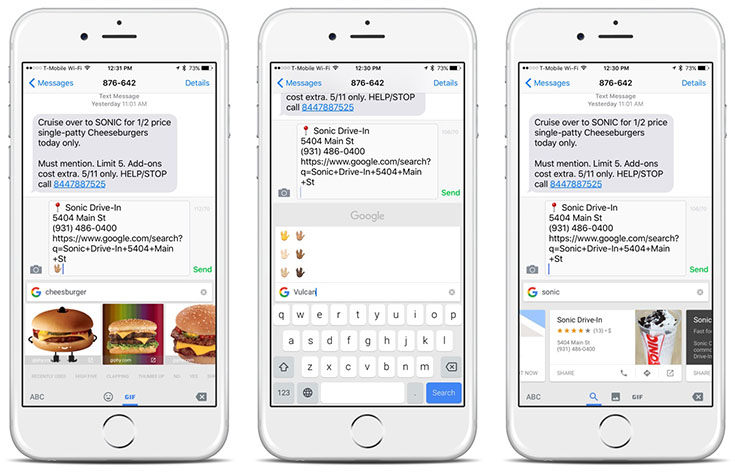 Another important thing is that you can swipe-to-type. Just like with SwiftKey and Swype, you can trace a word without lifting your finger. It takes some time until you get used to this technique, but can be very effective once you learn the ropes. Gboard’s predictions are accurate and reliable.

You have probably heard that iOS 10 brings improved keyboard which recognizes certain words and replaces them with emojis. Well, Google’s keyboard already has this feature. So if you type a word like “pizza”, you can see an emoji for it. Aside from emojis, you can also search for GIFs and send them with just one tap.

If you visit Gboard’s settings, you will see that you can enable/disable any of the previously mentioned features. There is also an option that blocks offensive words, which might be a good way to prevent yourself from writing certain words, in case you have this problem.

When it comes to Google’s software, it is always a good idea to take a look at what kind of data it collects. We all know that Google knows a lot about us, even though the company says that this information is used to help target ads.

When it comes to Gboard, some data is collected. However, it doesn’t seem overly aggressive. It’s App Store description says that “Gboard will remember words you type to help you with spelling or to predict searches you might be interested in, but this data is stored only on your device”. In fact, you don’t have to sign-in to your Google account to use this app. On the other hand, the app asks for permissions to use your contacts, so you can quickly share the details of anyone in your phone book.

Even though this keyboard is quite helpful and saves a lot of time, it does have a few shortcomings.

Many iOS users are using speech-to-text to write messages. However, Gboard doesn’t support this protocol. This is not Google’s fault since Apple restricts third-party keyboards from using the built-in dictation feature. 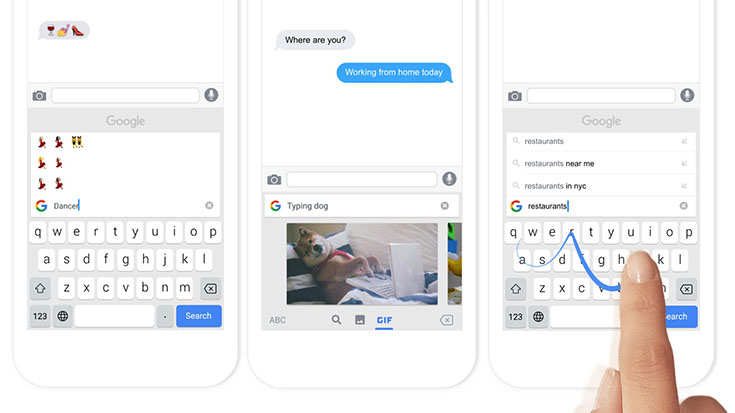 At the moment, Gboard only supports English as the only language you can use. This does seem overly restrictive, where other popular keyboards support dozens of languages. Hopefully, Google will add more languages in the future. In case multi-language support is important for you, skip this keyboard at the moment.

I have continued to use the stock iOS keyboard even after third-party keyboards arrived on the iOS App Store. However, Gboard persuaded me that there are some great keyboards out there. Integrating search functionality into a keyboard is incredibly smart, and Google is the only company with the right to do that.

My strong advice is to download Gboard to your iPhone right away, and I am sure that you’ll find it as helpful as much as I did.