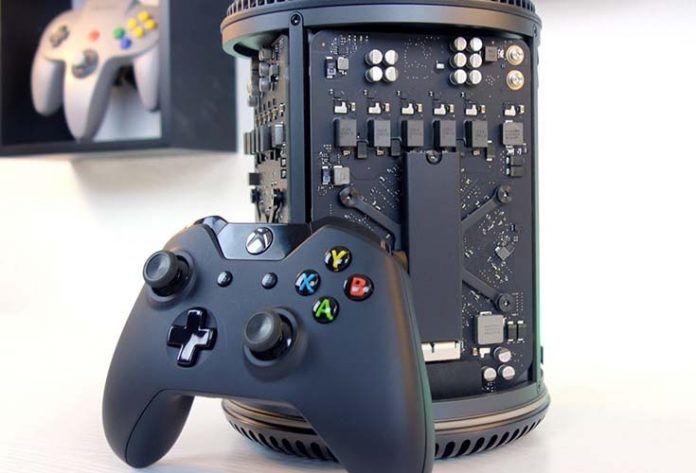 You probably already know that if you need a computing for playing games, a Mac isn’t the best choice. This especially goes for those who want to play the latest titles that usually demand an expensive GPU. Furthermore, even if you do have a Mac built for gaming, there is a smaller library of games that run natively on OS X than you’ll find for Windows. Still, Macs are hugely popular and many of us use one of Apple’s computers for everyday tasks. But, what about Mac gaming? 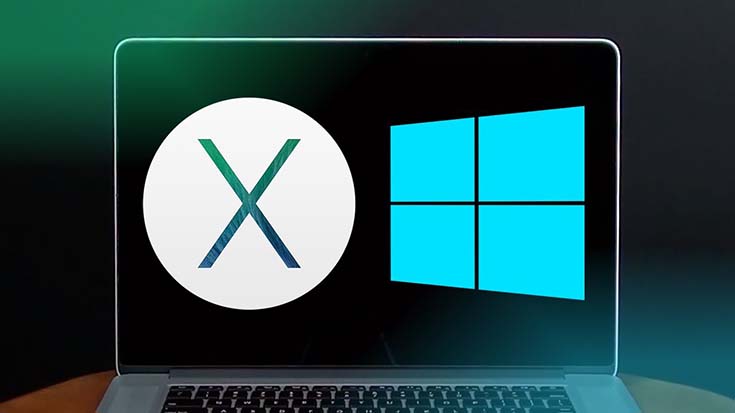 There is a number of reasons why you might prefer OS X for day-to-day computing, but still being interested in playing games. In addition, maybe you’re a student or a frequent traveler and prefer using an amazingly designed MacBook (Pro or Air) over a Windows laptop.

Speaking of gaming on the Mac, the truth is that it’s more restrictive than with a capable desktop PC running Windows, but there’s still a lot you can do to improve your gaming experience. This is the main reason why we published this guide on Mac gaming, covering everything from Mac hardware, software optimizations, and tips on running Windows games on a Mac. So, let’s get started.

When it comes to Macs, there isn’t really much to choose from in terms of the available models. However, these models come with different specifications, so it’s crucial to take some time to learn more about their specs and what these specs actually mean. After all, there are three separate desktop Mac product lines: the iMac, Mac Mini, and Mac Pro, as well as two main portable variants: the MacBook Pro and MacBook Air, with the newly announced MacBook joining the product line. Remember that each of these is tailored for a different set of users.

We have previously published an extensive guide on buying a new Mac, and you can find it by following this link. This is where you can find in-depth information on different Mac models, their upgrade capabilities, and their target audiences. Furthermore, this is a good resource for anyone interested in checking out different hardware, design, pricing, and performance depending on the configuration you pick.

We’ll start with the most capable Mac there is The Mac Pro. This is a workstation, which means that it isn’t aimed at gamers per se, but this is still the best Mac for gaming you can currently buy. Still, with the price of $2,999, this isn’t an impulse purchase. 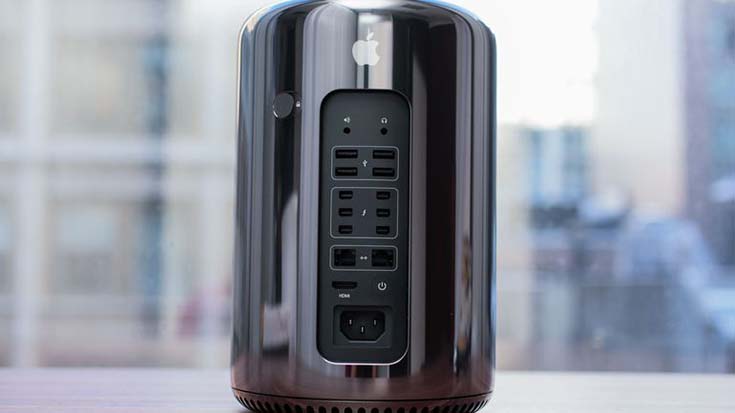 This computer is unique is more ways than one. This is the only Mac to offer desktop graphics cards, custom built by AMD to fit into the Mac Pro’s cylindrical body. Speaking of its design, the cylindrical body provides top-of-the-line thermal efficiency, but this also means that you can’t upgrade it with hard disks.

The Mac Pro’s AMD FirePro professional GPUs in coordination with the Xeon processor means that you count on the flawless gaming experience. Still, this comes with a high price. What this means is that you should go for the Mac Pro only if you intend to use for video editing or design work, not for gaming. For the same amount of money, you could find a better way to play high-end games.

The majority of Apple’s notebooks come with integrated graphics, which are not matched for a proper graphics card. Still, this doesn’t mean that you can’t play games on your MacBook Pro. Even the entry model is capable of running modern games, but you shouldn’t count on the highest resolution and the fancy effects enabled.

The 27-inch iMac now comes with a stunning 5K display, which features a resolution of 5120×2880. This high-end Mac comes with AMD’s Radeon R9 with 2GB of memory, which generally offers plenty of room for a great gaming performance. 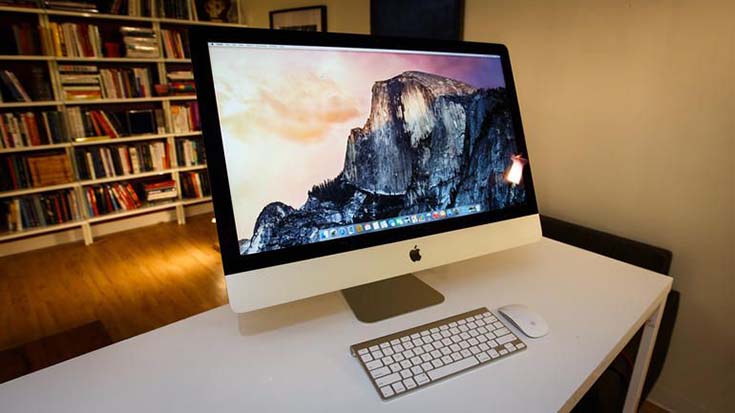 It’s worth knowing that the iMac provides a mobile GPU. Still, it’s less capable than a full-sized PCI-Express desktop GPU because Apple wanted iMac to be light and thin. It is actually amazing how Apple managed to squeeze a gaming-capable computer onto the back of a 5K display.

So, the bottom line is: Should you buy iMac for gaming? When it comes to their stock options, this isn’t the case. The iMac can’t play games at its demanding 5K resolution, so you need to upgrade its GPU which could turn it into a gaming machine.

One of the best things about Windows PCs is that you can upgrade them on their own, which isn’t the case with Macs. Very few laptops, in general, let you upgrade their components, but this is even harder (or impossible) with newer Macs since MacBooks don’t allow upgrading of the memory either.

The good news is that you can upgrade some older Macs. For example, some non-Retina MacBook Pros allow you to install a standard 2.5-inch SSD inside. This can be done by either removing the hard disk and fitting in an SSD of your choosing or by removing the optical drive.

When it comes to upgrading your Mac, you should be very careful about what you do. This is why you should consult web resources like iFixit which offers breakdowns of Apple kit. This is a good way to see what’s inside different Apple devices and to follow their guide on opening them safely. 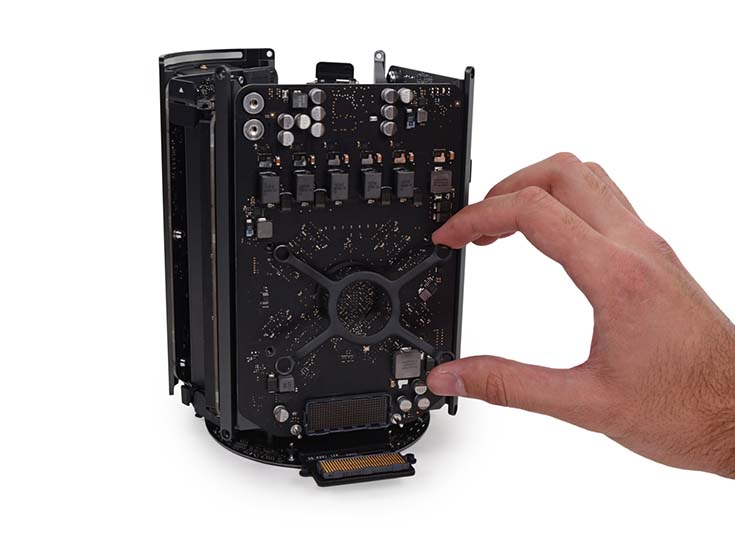 The good news here is that there’s one upgrade that is surprisingly easy to do. Most newer Macs like iMac, MacBook Pro, or MacBook Air come with very slim PCI-express cards. This means that you can easily install them by opening the case up.

The final advice when it comes to DIY is that most of the options discussed here will void your warranty.

If you are a long-term Mac user, you might remember that finding a game for Mac seemed like an impossible task a decade ago. Even though there may be far fewer games that have native OS X support, you still find plenty of fun titles.

First, let’s see why there aren’t as many games on OS X. The main difference between Microsoft’s Windows and Apple’s OS X is DirectX, which is a proprietary Microsoft API. Since this technology isn’t available on OS X, game developers are sticking with Microsoft. Sure, Macs have OpenGL, but these two technologies aren’t exactly on par. The good news is that Apple recently launched its own highly efficient graphics API called Metal. This could mean that we’ll see more games being natively developed for Macs.

The first important resource when it comes to Mac gaming is the Mac App Store. You can find some modern titles like Tropico 5, SimCity 4, Farming Simulator 2015, and Doom 3. As you can see, these are classic titles, where some of them are 10 years old. This gives you an idea of how many new OS X games are available for the platform. 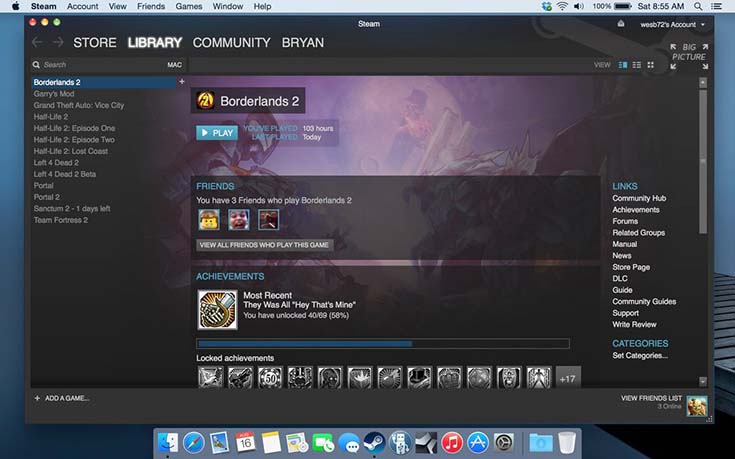 The second most important resource for Mac gaming is Steam. If you already have a good collection of Steam games for Windows, you can check Steam for their Mac versions – which are free of charge, if you own a Windows version. This can be done by installing Steam and looking for games on this platform. Look for Windows, Mac, and Linux symbols on the game’s main page. It’s also important to be said that you can find sales on Steam, where you can buy amazing games for a very low price.

The third largest resource is EA’s Origin. After installing the native OS X client, you should see which of your already purchased games are available. This is where you can find The Sims, as well as some other titles like Annihilation and Empire Total War. However, Origin isn’t the most affordable option here, so you should stick to Steam if you want to find the most affordable games.
It is also worth mentioning that Blizzard is one of the developers that supports the Mac, with OS X versions of every one of its modern game. You can find titles like World of Warcraft, Hearthstone, and Diablo 3.

If you a fan of classic and older titles, you can install emulators and run those games. One of the best-known emulators is called OpenEmu, which allows you to keep all your games that are designed for different platforms within a single app. Some of the supported titles are Super Mario Bros, Castlevania, Pokemon Blue, and Vectorman.

In addition, you can use a PS4 controller by plugging in into a USB port on your Mac. This is how you can turn your Mac into a classic console. By adding a controller, you can make controls more intuitive.

If you’re interested in newer games, like the ones designed for PlayStation 2, you can find emulators for that type of games as well. There is a huge variety of games that provide rich experiences, without mind-blowing graphics.

Using Windows on A Mac to Play Games

As can be seen by now, you need Windows if you want access to millions of games. This means that you can run a virtualization software, which allows you to play any game on your Mac.
The most popular (and free) option for running Windows on a Mac is by using Boot Camp. This virtualization software allows you to have Windows on one part of your drive and OS X on the other, allowing you to boot into either. 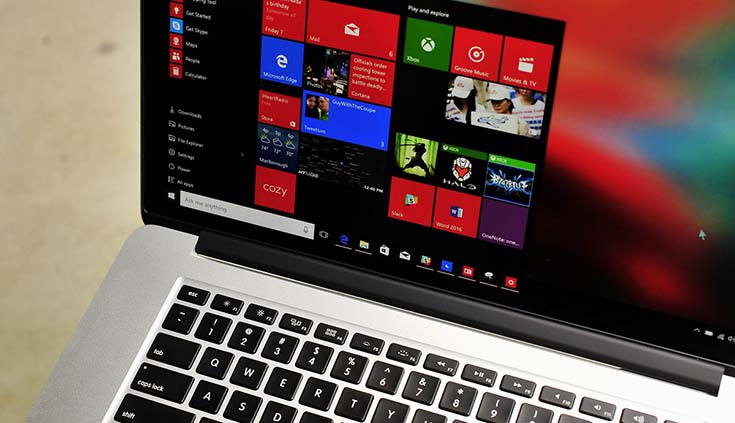 We previously wrote about installing Windows on your Mac, and you can find the guide by following this link. You will find advice on how to install Boot Camp, but we also talked about using VMWare, which is yet another popular virtualization solution.

There are a few things that you need to know if you plan on using Boot Camp to play games on your Mac. The most important thing to know is that you can’t install drivers for your video card or chipset from Intel, AMD or Nvidia, which means that you won’t get any performance updates that come with new driver releases. This only happens once Apple updates Boot Camp drivers, which doesn’t happen often. Still, you can get amazingly smooth performance. For example, if you run Sim City 4 on your OS X and Boot Camp, you will see that the Boot Camp (Windows) version runs much better. This is because Sim City 4 is better optimized for Windows.

The bottom line is that if you’re willing to pass up the most recent games, you can have an amazing gaming experience on your Mac. Lower-spec and classic games run just fine and provide a lot of really fun options. Even though OS X isn’t the best option for high-end gaming, you still have a lot of options.