macOS Sierra: ALL The New Features! 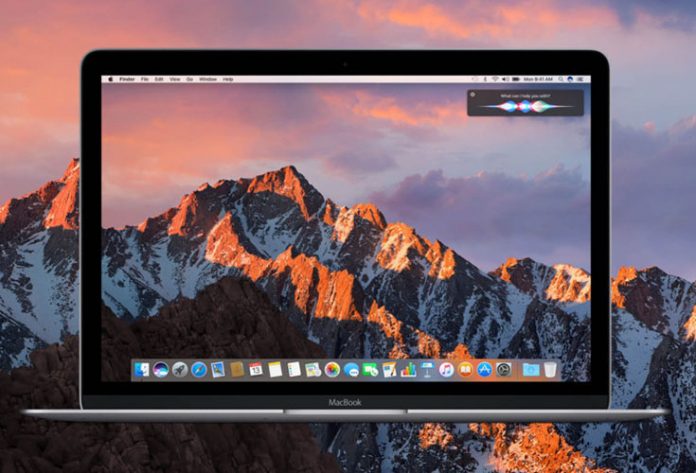 At 2016’s Worldwide Developers Conference, Apple didn’t just announce a new major version of its desktop operating system, but a whole new identity. With a new name, macOS Sierra is now much closer to iOS and other mobile operating systems made by Apple.

Luckily, the new name isn’t the most important update we’ll see in Sierra, even though it is very much representative of the iterative updates that we’ve come to expect from the company.

Here’s what you can expect from macOS Sierra once it gets released sometime in fall of 2016.

Even though this won’t as surprising since we’ve expected this change to happen due to numerous rumors on the Web, many were still skeptical of this change.

A minor change but one that will take some getting used to is that fact that OS X is now called macOS. Apple made this move to create a harmony when it comes to branding of its operating systems. As you probably know, they are called iOS, watchOS, tvOS, and now we have macOS.

As far as versions go, the 10.x formula is here to stay. The official version number of macOS Sierra is 10.12, following on from El Capitan.

Siri Comes to the Mac

This was also another well-expected move, especially since Windows users have Cortana on their computers. Many are wondering why it took so long for Apple to come up with Siri for macOS, where some reports were saying that it needed three years for this project to be completed. 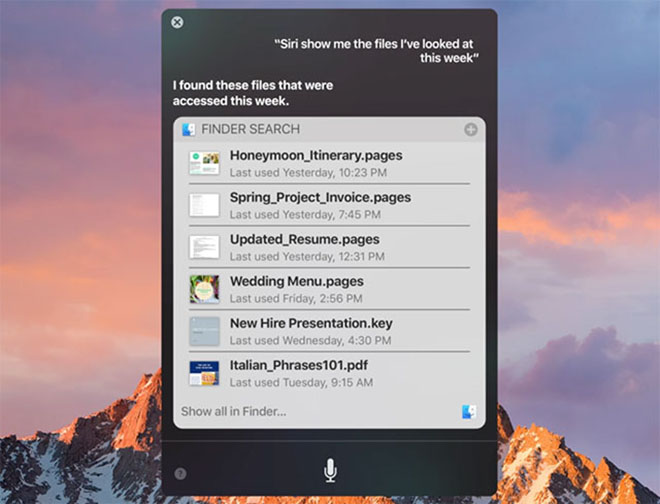 Siri can be triggered by using a new menu bar icon, found in the top-right corner. There is also a dock icon available and keyboard shortcut as well. When it comes to functionality, Siri can be just about everything its iOS counterpart can do. It will provide answers to Web queries, convert currency, play music, tell you about the weather, and help you search for files on your Mac.

The best thing about Siri on macOS is that it can dig up files by allowing you to use natural language. For example, you can search for files that you worked on two weeks ago, or to show you emails by a specific sender. Once you see the results, you can drag and drop those files to whatever you’re doing, just like with Spotlight.

Just like with the iOS version of Siri, developers will be able to use Sirikit API and Siri SDK to implement this technology into their own applications. This could have some interesting implications for your favorite apps.

Apple has been doing a good job on connecting its iOS and macOS systems. With macOS Sierra, Apple is continuing to build this bond thanks to a few iOS-specific enhancements to macOS.

The most important feature from this series is the addition of a shared clipboard between the two devices. So for example, if you copy something on your iPhone, you can paste it into a file on your Mac. This feature works both ways. 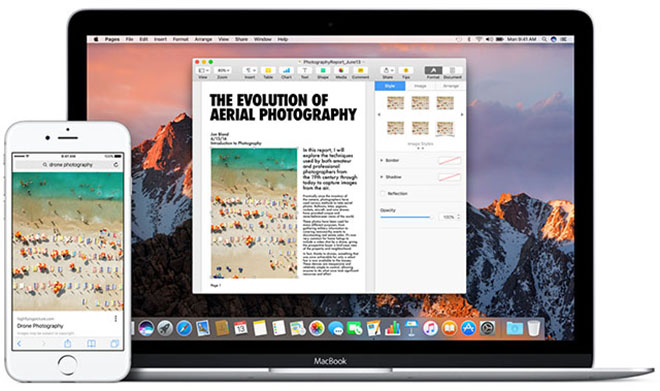 Apple made no comments if this feature is coming to the iPad, and it only used the iPhone 6s during the WWDC keynote to showcase this feature. Still, we are sure that both iPhones and iPads will be able to do this.

This feature is designed to detect files and place it on the cloud. However, you will still see those files as if there were stored locally on your Mac, but you’ll end up with a lot of free space.

The first version of this feature, as it seems now, was the iCloud Photo Library, since it offered the ability to create more space on your main machine by uploading and keeping your original photos on Apple’s servers. Using metadata already available to your OS, Sierra will identify older files that you don’t use as often, and store them in the cloud.

The Optimized Storage feature also brings a nifty tool that searches for duplicate files, a reminder to get rid of installers that you’ve already used, as well as automatic deletion of files that have been in your Trash for 30 days.

This feature will definitely help out MacBook users most of all since many of them are stuck with 256GB or smaller SSD drives.

Just like iOS, Photos in macOS Sierra will see numerous improvements. This should be seen as an answer to numerous users who are unhappy with the Photos app that replaced much-beloved iPhoto app. 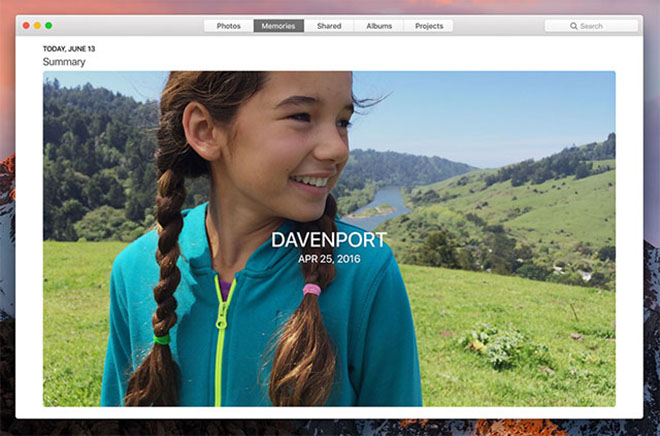 In addition to better sorting and grouping into collections, the Photos app will help you rediscover forgotten memories by automatically grouping images by criteria like people, places, travel, and more.

Enhanced face recognition allows you to sort your images by person, alongside more intelligent and capable search features that allow the app to identify objects and scenes. You should also see a map added to your Photos app, allowing you to browse your collection on an interactive world map.

It is interesting to note that the Photos app is very close to what Google Photos does in the cloud. It will be interesting to compare these two solutions, but Apple’s solution should please the privacy concerned who don’t like the idea of sending images up to the cloud.

Apple’s iTunes has been heavily criticized for being bloated and not as user-friendly as a couple of years back. The same goes for Apple Music, but the company seems to be ready to listen and correct mistakes.

Apple Music has been updated across the board, including iOS and macOS. The new design uses bold fonts with larger album artwork and makes it easier to preview your music collection. The new version puts a Library tab first and foremost, with a For You tab that updates on a daily basis. This tab can be used to listen to curated playlists and so-called Discovery mixes.

Just like with the iOS version, you will be able to view in-line lyrics while playing music, even though this feature is currently unavailable through beta testing.

Even though you will still be stuck with iTunes in order to access Apple Music, we can only hope that Apple brings a much pleasurable experience.

This is yet another improvement that reflects the recent changes to iOS 10. You can take a look what iOS 10 will bring this fall in our separate article. 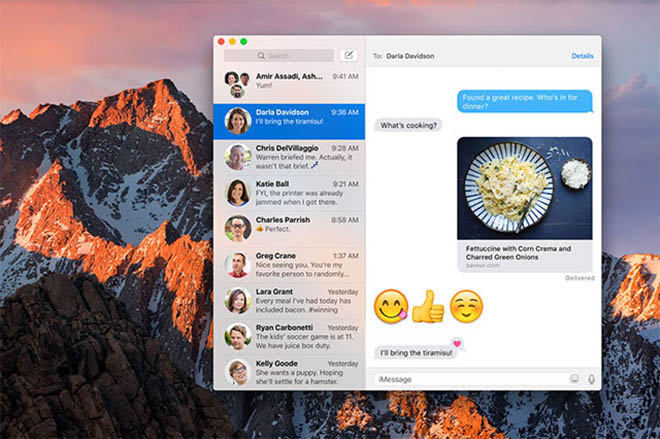 The improved Messages app will be able to send large emoji, take advantage of quick responses and view rich links within a conversation. This means that not every iOS feature will be transferred over to macOS Sierra, and we are sure that some of you will miss sending more emotive messages, animated text bubbles, and full-screen animations. Let’s hope that Apple will introduce these features to its desktop operating system rather sooner than later.

In case you live in one of the countries where Apple Pay works, you will be able to use one time-saving feature when shopping online.

Apple Pay comes to the Web. If a website supports it, you will be able to complete a purchase using your Apple Pay information stored on your iPhone or Apple Watch. In order to authenticate the purchase, you will have to use TouchID or double-tap the button on your smartwatch. 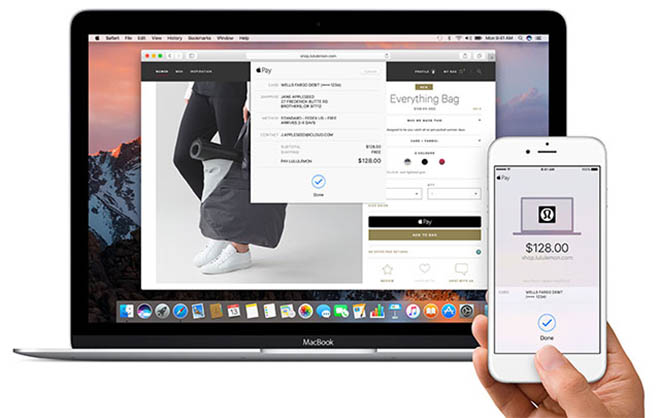 As you can expect, this feature will only work on Safari. In case you use Chrome, this might be a good time to switch.

There is a new way to unlock your Mac, without entering a password. However, this feature only works with Apple Watch models. 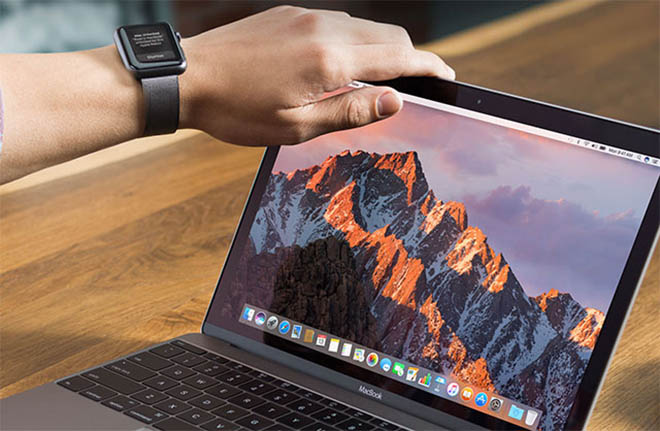 In order to make this feature work, you will have to upgrade your Apple Watch to watchOS 3 and your computer to macOS Sierra. After that, you can set up your Mac to automatically unlock for you, while you’re wearing your Apple smartwatch.

When transferring files between iOS and macOS, the best way would be to use AirDrop. However, many users were experiencing problems with this technology, forcing many of us to use email messages. 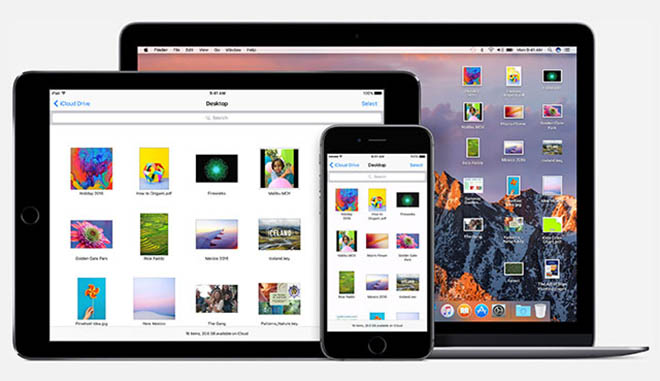 Some Smaller and Hidden Features

Apple is making sure to add numerous smaller features to macOS Sierra, available this fall. Even though some of them are quite small, they can be of great help to some of you.

The New APFS Filesystem. Apple has been used its Hierarchical File System since 1985 with some variation. However, this will completely change in 2017, with the release of Apple File System (APFS). This new file system is built from the ground up with SSD and flash memory in mind. This means that you can expect much better performance, especially on newer machines. However, it won’t be ready in time for macOS Sierra, but it is patched into this version of macOS in the future. 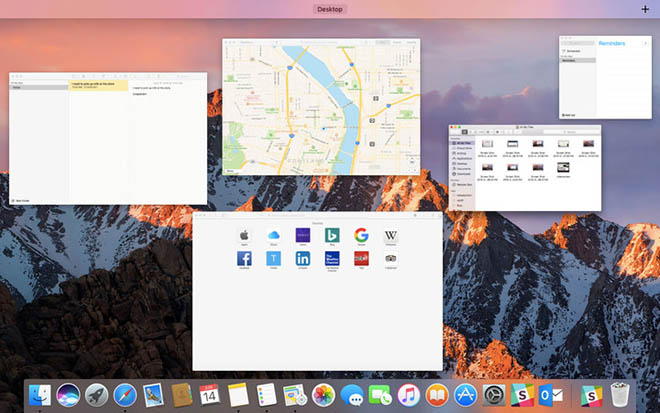 Notification Center Widgets. Thanks to Siri, your Today screen might look completely different. If you take a look at its current state, you can see that now many developers took their chance to build widgets. However, macOS Sierra will change that by adding a seemingly endless source of widgets. Since anything Siri can search for can be pinned, this means that you can create your own highly customizable widgets. 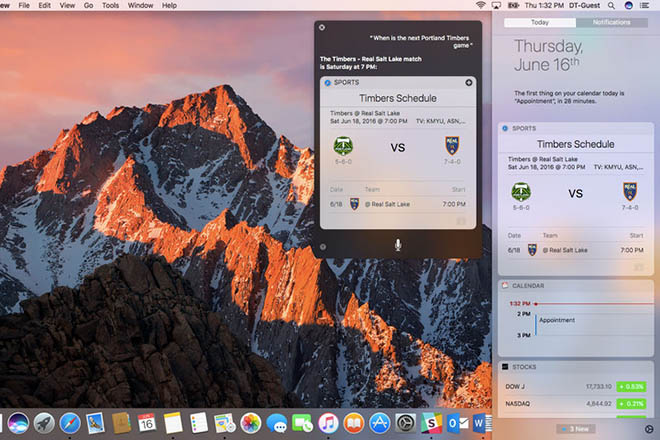 Unsigned applications are now harder to launch. The company has been putting a lot of effort into trying to force OS X users to buy apps from the Mac App Store. Even though this does seem like a good idea, not many developers were ready to offer their apps this way. This especially goes for those who failed to comply with Apple’s strict guidelines. This is why your Mac has kept the application from unidentified developers from running by default. The new macOS version goes one step further since it’s no longer possible for users to make running any and all software, regardless of its origin, the default behavior. Still, there is one trick you can use: hold down the Control key, click on an application, and then click on Open. This should open any app.

Can You Run It?

Even though El Capitan supported Mac models as far back as 2007, macOS Sierra cuts off for late 2009 models:

You can find out how old your Mac is by clicking on the Apple logo in the top-right corner and selecting About This Mac. Even though not all Mac users will be able to upgrade, Apple is still providing a respectable seven years of backward compatibility. If you’re stuck on OS X 10.11, at least El Capitan is a well-optimized release that should serve you for a long time.