Microsoft’s Word Flow keyboard has been officially launched on the iOS App Store. iPhone users can download it from the App Store as a free download, without in-app purchase options.

It’s been rumored for a couple of months now that Microsoft will bring its Windows Phone keyboard to other platforms. Even though Word Flow name is borrowed from the Windows Phone version, this is not exactly the same product. For example, a new and unique “Arc Mode” enables one-handed typing by fanning out the keyboard from the bottom corner of the screen. In addition, Word Flow predicts what you’re typing and corrects mistakes. 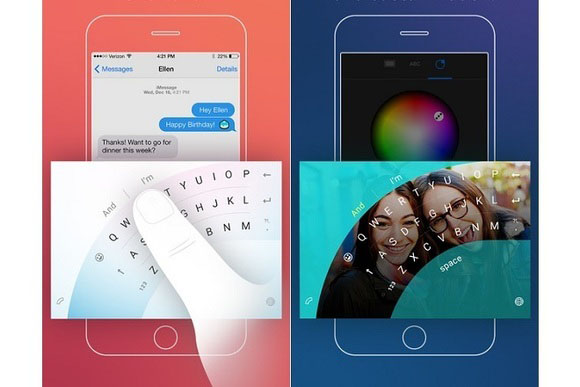 The biggest selling feature of this keyboard is gesture typing, along with the Arc Mode. Users can slide a finger over each letter instead of tapping. Furthermore, Microsoft says that Word Flow will try to learn your vocabulary and writing style, which should result in better overall suggestions.

Even though we were expecting a product from Microsoft such as this one, the company revealed its plans by acquiring SwiftKey – one of the best-selling third-party keyboards on iOS and Android. Interestingly enough, SwiftKey is still available in the App Store, and also features gesture typing and word prediction.

Word Flow is Microsoft’s “Garage project”, which means that it’s somewhat experimental. However, this is not a beta product. Garage projects are usually smaller projects developed by Microsoft’s internal smaller team, used to test out different tools and features. Some of these projects found their way into products such as Windows, Windows Phone, and other mobile platforms.