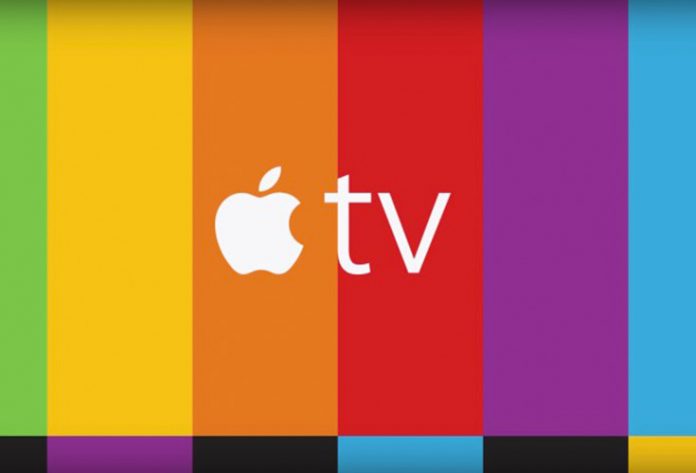 Apple has launched a new outdoor ad campaign for the newly introduced and refreshed Apple TV, a week after debuting its first TV commercials for the new set-top box. New Apple TV ads are being unveiled all over the country.

We are sure that this will be of high interest to those who like to follow Apple’s marketing strategies, as this is one of the companies that invests large sums into creating and maintaining its brand and image. When it comes to the Apple TV ads, it might seem like the new ads feature a variation of the SMPTE color bars, which is a television test pattern. Interestingly enough, these are the same colors for the original Apple rainbow logo, which is a very clever and subtle message. 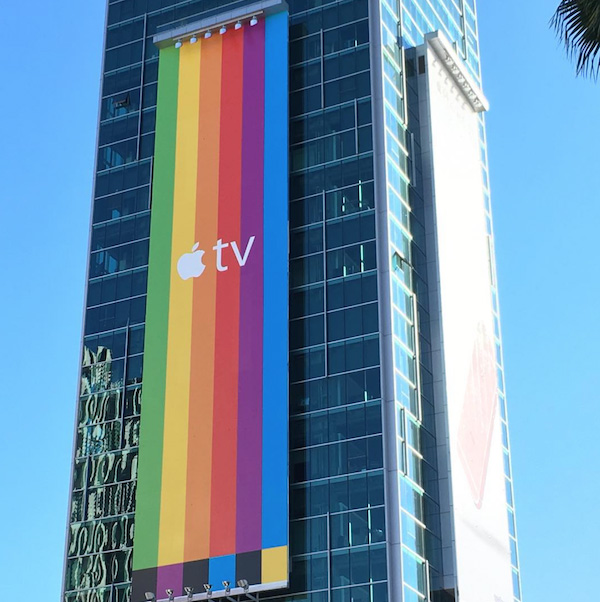 The outdoor ad campaign is, as expected, connected to TV commercials as well. The TV ads are using the same color pattern, where colors are dispersing in different ways as the ad showcases its apps or games.

Thus far, the billboards have been spotted in New York, Los Angeles, Boston, San Francisco, Beverly Hills, and Hollywood. Additionally, all of the ads appear to go up in the last 24 hours, and they also come in different formats with some ads in a vertical orientation on buildings and others in a more traditional horizontal format. 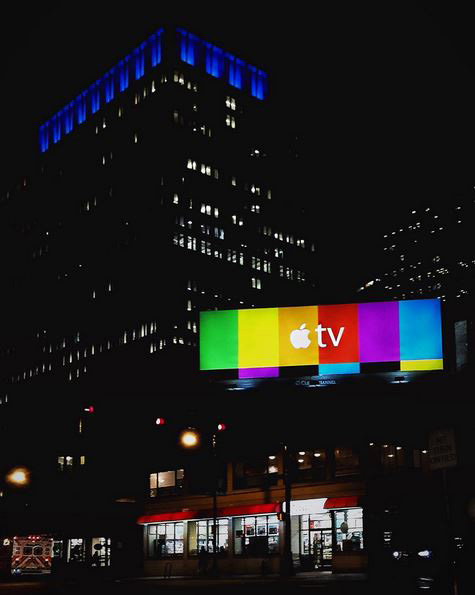