After several delays, Pokémon Go is finally available to iOS users, free of charge. Even though the game only recently launched, it spread like wildfire over the last couple of days, leaving everyone wondering what this game is all about. If you’re confused by how this game works, or if you are looking for some tips on how to become a Pokémon master, continue reading to learn more.

Pokémon is the first smartphone release from the Pokémon Company, which owns intellectual rights since 1998. The game is created by augmented reality specialist Niantic, which is also the developer behind Google’s experimental AR game called Ingress. The game brings in-app purchases, but it’s free to download and enjoy.

Pokémon Go is a game with one very distinctive feature that sets it apart from the rest of the series. Augmented reality is the bestselling aspect here, with users having to hunt adorable cartoon creatures in real time and in the real world. The core of the game is in its story. As a teenage boy or girl, you have to look for hundreds of critters in your home and your town and then train them to battle against other creatures. This maybe sounds complicated, but Pokémon Go is a very simple game in its core.

In order to catch Pokémon, you have to walk around your city with the app open on your phone, which will make a sound once it “detects” a nearby creature. Prior to this, what you’ll see on your phone is a map interface, so you can exactly see where you need to go. Tapping on the Pokémon on the map will make the interface switch to the catching phase, which is where augmented reality kicks in. What this means is that you’ll have to use your smartphone camera and GPS signal, while the game will make it seem as if the real Pokémon are hiding from plain sight.

While walking around, players will be greeted with rustling bits of grass, which is a signal that you can find something in your area. Walking closer will trigger them to appear and this is when you will have to go into a Pokébattle.

What is interesting to mention is that different Pokémon can be found in different places, which is why it’s important not to stick to one place. It can be easy to see how challenging this game can be if you live in a larger city. On top of that, some characters can be found in rare places and some cities can have access to a predefined set of Pokémon.

This kind of combination of fiction and reality is quite interesting. Suddenly, your local coffee shop can become a place to look for cartoonish creatures. This is also a good way to meet fellow Pokémon masters in the real world. Thanks to augmented reality, these small creatures look like actual guests in our homes and other nearby places.

Catching a Pokémon can be thrilling and nerve-wracking, but this is only where the fun begins. It is up to you to train your Pokémon and make them fight with others in order to survive and reach higher levels. You can also try searching for eggs, but you’ll need to walk 5 kilometers in order for a Pokémon to hatch from it. Since there’s no way to cheat your way around this by taking a car ride, Pokémon Go can be a motivation to do some exercise.

The game’s battles are an important aspect, as well as something that every Pokémon fan will be aware of. There are two kinds of battles in Pokémon Go, where you have to fight against wild Pokémon and those against area Gym Leaders. Battling with other creatures involves mini-games where you have flick balls on-screen, as colored rings pulse and focus around them. On the other hand, Gym Battles include a frantic screen-taping and they lack any real strategy. This is why many people are focused on trying to capture wild Pokémon instead of dedicating their time to training and powering up those that are already owned. This definitely seems like a missed shot, especially if we compare it to previous Pokémon games.

It is also important to say that Pokémon Go suffers from some technical issues as well, even though it seems like the developer is working hard on fixing them. The biggest issue with the current version is occasional crashes. This kind of error can make the game forget about your recently captured Pokémon, which is a frustrating experience. What you also need to be aware of is that Pokémon will drain your battery, which is why having a portable charger might seem like a good idea. 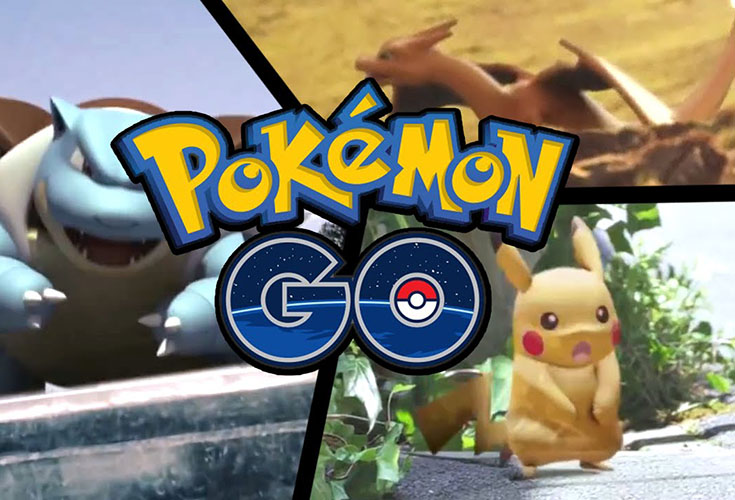 Another problem with this title is that it fails to explain most of its mechanics. Sure, there is a tutorial at the beginning, but it’s quite short and fails to explain the most important aspects. For example, you will see that you have to collect Stardust and keep it in your inventory, even though you won’t be sure why you need it. This also applies to the Pokémon-specific candies, which are requisite for these little critters to evolve and power up. This is a complex game after all, so failing to explain these mechanics can create an alienating experience.

We have seen numerous games that managed to capture everyone’s attention, but only a few of them managed to build a vibrant community of gamers. Pokémon Go is on the right track and will most definitely bring a whole new gaming genre that relies on augmented reality. This is not just another mobile game that will go away in a couple of months, but instead a separate beast. Needless to say, we can only expect to see numerous games following this path.

Download this amazing game and give it a try yourself.