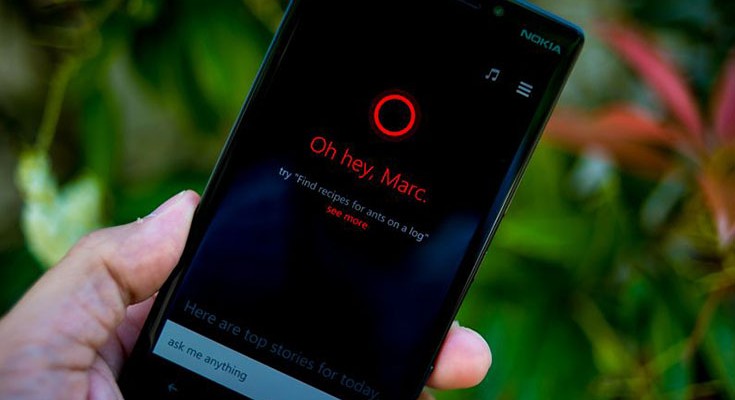 Novak B.Dec 28, 2015ios-reviewsComments Off on Review: Cortana for iOS Devices

If you are an iOS user, you now have three virtual personal assistants to choose from: Siri, Google Now, and Cortana. Even though each of these assistants come from their home platforms (Android has Google Now, and Windows Phone has Cortana), iOS is the only platform where you can choose the one that suits you the best.

Even though there are subtle differences, all three work the same and are designed with one primary goal: To make it easier to get information and find stuff using your voice. Cortana seems to be a hybrid between person-like Siri and Google Now’s card-based interface, but also brings a couple of very interesting concepts. I have spend a week using Cortana (version 1.3), so if you continue reading this review, you will get to learn more about Microsoft’s digital assistant as well as how it compares to other assistants.

Cortana is the youngest digital assistant, whose name is derived from a popular character of the same name in Microsoft’s Halo franchise. The first time we heard about this technology was back I 2009 when rumors started circulating about an internal project for the company’s Speech division. Interestingly enough, it took five years for Cortana to be officially unveiled, which happened at the annual Build developer conference in mid-2014. 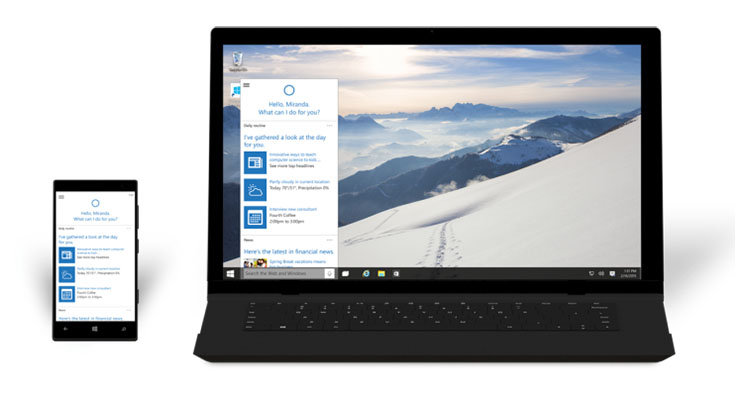 This digital assistant is designed to help you access information after tapping on its icon. What this means is that there’s no way to make Cortana your default assistant as well as to trigger it with a press of the Home button. This is not Microsoft’s fault since this company has to work with what Apple’s APIs allow. Naturally, you shouldn’t expect from the company to circumvent this shortcut anytime soon. On the other hand, there could be another quick way to access this app, and that would be through a Notification Center widget – but the only thing is, there isn’t any. This virtual assistant can’t even work with Microsoft’s own apps.

Differently, from iOS, Cortana is much more usable on Windows (Phone). You can trigger the assistant by saying “Hey Cortana”, but iPhones can’t do this trick. This is the point where it’s important to adjust your expectations if you’re coming from Windows. You’ve probably used to Cortana having access to every possible application and even system settings, but Apple has severely limited this on iOS. This is why Microsoft will have to work hard to avoid these shortcomings if it’s planning on competing with Siri.

What is unique about Cortana as well as what clearly differentiates this software from the others is the ability to store information in a Notebook. This is a cloud-based hub where your personal information is stored and referenced and can be accessed from any device that runs Cortana. This is a great way to setup a reminder on your Windows PC, and then receive that notification on your iPhone. 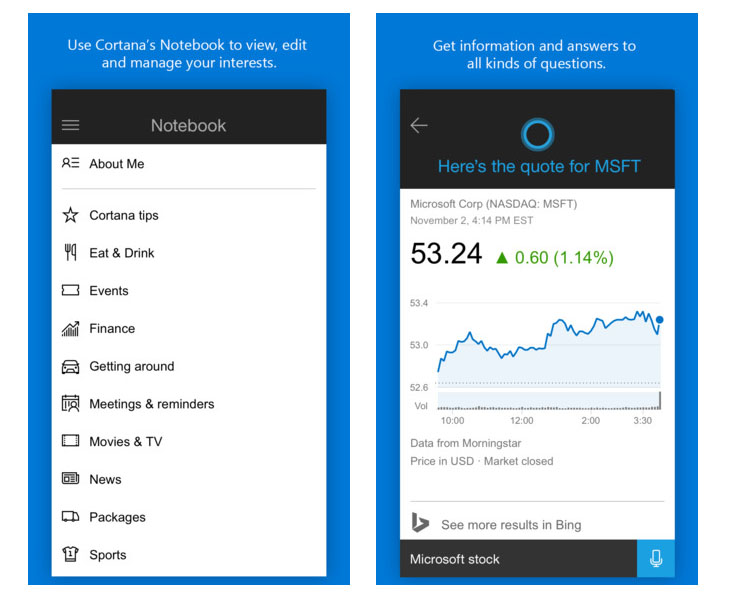 The notebook features 15 different categories, where you can set up your personal preferences. These categories range from News, Sports, and Finance, up to Academics, Package tracking, and Reservations. Setting up Cortana’s Notebook is something you have to do if you plan on utilizing this piece of software, but somehow – this part of Cortana isn’t advertised enough. I’ve talked to a number of individuals who use Cortana on their phones and computers, and a large number of them were surprised to discover this somewhat hidden feature. For example, the Eat & Drink category allows you to set up a variety of personal preferences such as Ambiance, Cuisine, and Distance, which can provide you with very personal and custom-tailored information. This is exactly what I think is Cortana’s biggest selling point, and it’s fully available on iOS!

I think it’s fair to compare Microsoft’s Cortana and Apple’s Siri in terms of their functionality and usefulness. After all, most of us will choose the one that is better designed, comes up with more useful information and is capable of handling dictation the right way.

When it comes to inputting information, I believe this is where Cortana has one important benefit. Differently, from Siri, you can type your questions as well as speak them, and you are not forced to choose your preferred method. On the other side, Siri accepts voice input only but speaks 30 different languages. At this point, Microsoft’s digital assistant for iOS is limited to a single female voice in English or Chinese. 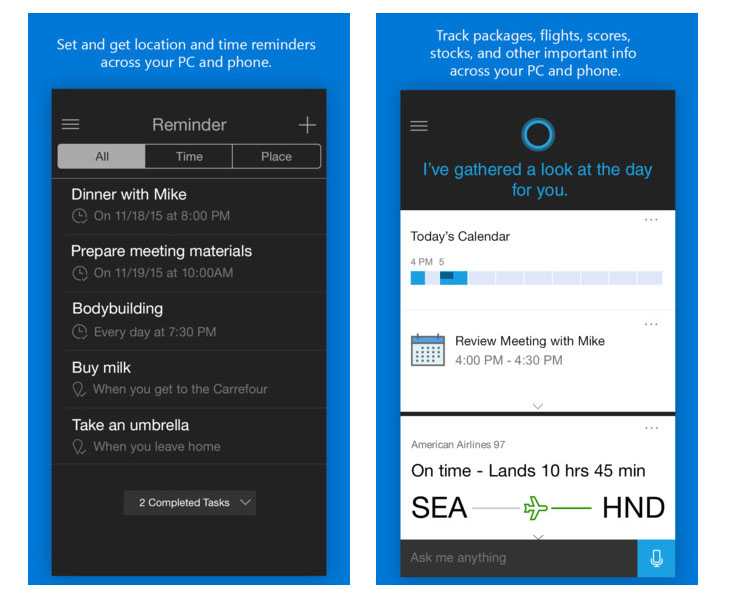 When it comes to providing more reliable information, I believe both assistants to be highly accurate and reliable. Asking the same question at the exact same time resulted in bringing up almost identical feedback from the digital assistants. However, if you’re looking for cheeky answers from Cortana, then you better use Siri since it somehow feels more like a person.

In case you depend on your digital assistant to set up reminders, then you’ll be happy to hear that both are equipped to schedule reminders. The only difference is that Cortana’s are located in the sidebar and are isolated from iOS Reminders, but they are synced to Cortana on other devices. This is once again one of those iOS-related limitations which I am not sure could be solved until Apple decides to open up the platform.

After using Cortana for about a week now, it became clear who will benefit from Microsoft’s digital assistant the most. Those are – Windows users.

In many aspects, Cortana is designed to help Windows users sync their information across devices and stay in Microsoft’s ecosystem. Even though the experience is a limited one, for now, I am sure we are yet to see numerous improvements.

In case you like to use Siri for iOS-oriented tasks as well as to use this digital assistant to make changes in other iOS apps, then you should stick to it. There is little incentive to switch over to Cortana. Apple has made sure to make Siri the primary digital assistant on all iOS devices, and this feels on every possible level.