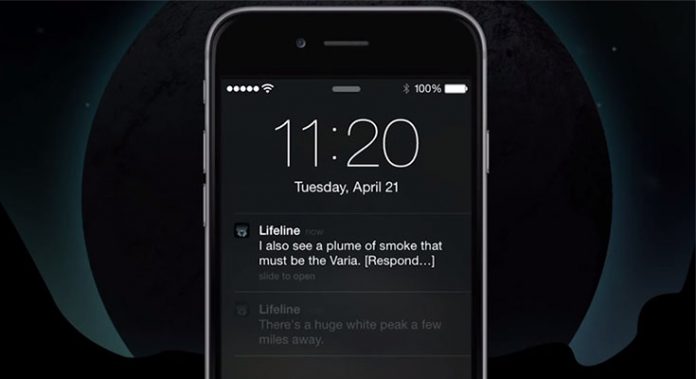 Apple’s iOS App Store is one of a few digital marketplaces that are offering a lot of promise to developers, both independent individuals and large companies. What this means for iOS users is ability to choose from thousands of apps that are competing against each other in terms of their UI design, functionality, as well as innovative and advanced features.

One of the most active parts of the iOS App Store is its gaming section. Right from the early days of the App Store, we were able to play the most interesting games where some of them offered eye-candy graphics, while others offered additive gameplay. The App Store was also a place for developers to experiment with different game genres, and many genres that were previously forgotten or suppressed came alive again to hundreds of millions of iOS users. 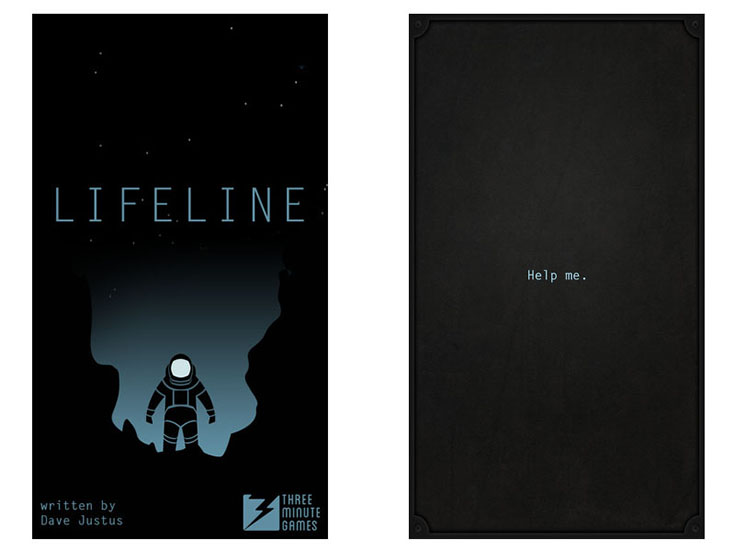 Lifeline is one of the recently published iOS games that reminds us of old-style gaming where content and gameplay were the most important things. This game is actually a part of interactive fiction, a very risky area for any game. Without authentic graphics and amazing soundtrack, interactive fiction becomes just a set of words and pictures. However, Lifeline is one of a few successful games of this genre, which shows us how engaged writing can make a game successful.

Lifeline brings the story of Taylor, the only character that exists inside the game. Taylor is the only survivor of a spaceship accident, and he/she manages to create a communications channel to you. This means that you’re the only one who can help Taylor stay alive, by giving advices and trying your best to do what he/she wants and needs. Many times you will get to choose between two offered options, where each of them branches out to some other direction. This means that there are many different (wrong) endings where Taylor dies, but only one where you can get to save your “friend”. However, there’s no right or wrong between these choices, or at least seems that way. You can do your best to try to save the character, but you’ll somehow fail. Luckily, there are ways to replay the game by winding back to a particular point, where you can take some other branch and see where it leads.

What’s important to say about Lifeline is the way this game sets the speed and actually controls you. Unlike other text-based games, Lifeline is about the protagonist, making you think about Taylor when he/she is sleeping, and planning your choices for the future. As you can see by now, you won’t be able to play the game while the character is sleeping, or busy with a task, and there’s no way to speed things up. This might sound like a freemium model in play, but there’s no way overcome this, and you’ll simply need to wait for a message from Taylor to appear on your iPhone’s screen. However, you can unlock the Fast Mode after completing the game for the first time (no matter if you complete it successfully or not), which is something that we received via update since many users complained about waiting times that become very tedious once you finish the game for the first time. 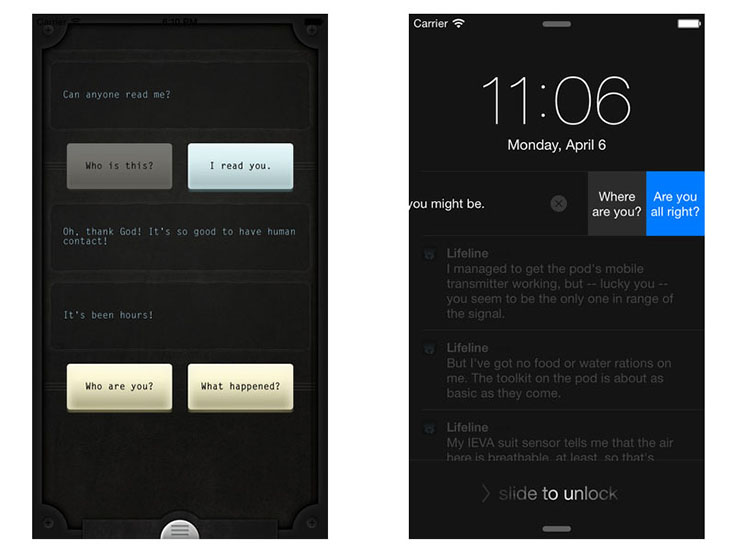 Lifeline is one of the first games to support Apple Watch, and this is probably the only kind of game that actually works on this smaller iOS device. I simply can’t see myself paying attention to anything dynamic on such a small screen, but this works for Lifeline since it’s text-based and supported by notifications. You can use your Apple Watch to make simple A or B choices, as well as to offer Taylor your sympathy and advice. Sometimes you will need to search for something on Google, like what radiation levels a human could withstand over the course of a night. And believe me, this is not something you can find easily, but you won’t mind the time needed to find this out since you’ll start to care about Taylor and since you’re the only one who can help him stay alive.

The game takes about three days to complete, if you’re attentive to Taylor’s messages. During my testing, and for my own pleasure, I’ve replayed the game three times. The first time was very exciting and unpredictable. This game won’t take a lot of your time, but it will take a lot of thinking, especially if you start to care about the protagonist. And believe me, just like with any interesting book, you’ll start to care. However, during the second run I didn’t feel the excitement as the first time, since I was familiar with many of Lifeline’s branches, and I simply wanted to know if I can help Taylor to survive. After updating the game, I noticed that I can use the Fast Mode, which was previously unlocked after the second run. This mode allows you to skim through those long periods of inactivity, which actually makes replaying the game much more interesting. I am glad to see this update being published, since having to wait quickly gets old.

The game is priced at $2.99, but it was previously priced at $1.99. Either way, if you tend to enjoy in good sci-fi books, then you’re going to like Lifeline. Even if you’re not really a gamer and don’t have a lot of game icons on your iOS device, Lifeline is well worth the purchase, even if you don’t plan on replaying it over and over again.