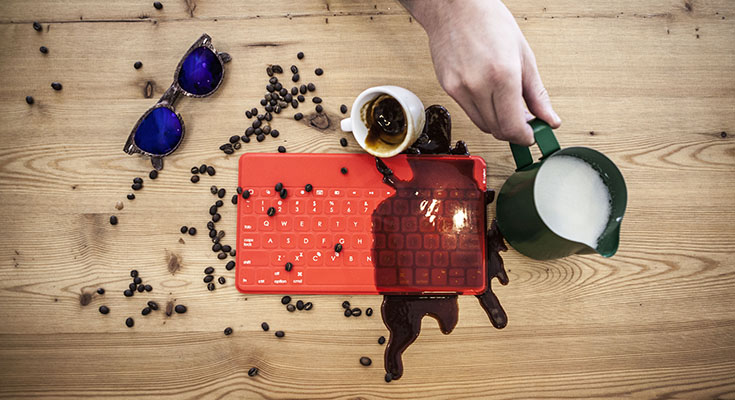 I consider a Bluetooth keyboard to be one of the essential accessories for any iPad owner. Perhaps this statement would be different a couple of years back, but today it’s almost impossible to get the most out of your iPad if you don’t have a keyboard. Of course, I talking about a bit more serious work like writing and editing long text files, responding to lots of emails, doing work in Excel, and similar.

Since wireless keyboards are in such high demand, companies are always trying to come up with the next best version of their already popular products. Keyboards are getting thinner than ever, as well as more usable thanks to improved internals. I have been a user of Logitech-made iPad keyboards for a couple of years now, and as a writer I spent a lot of time trying out different keyboards and reviewing them. This is the reason why I got very excited once I saw Logitech’s newest Keys-To-Go in front of me, especially since this keyboard is unlike any other I’ve seen before. Continue reading to learn more about this product, as well as if you should consider purchasing it. 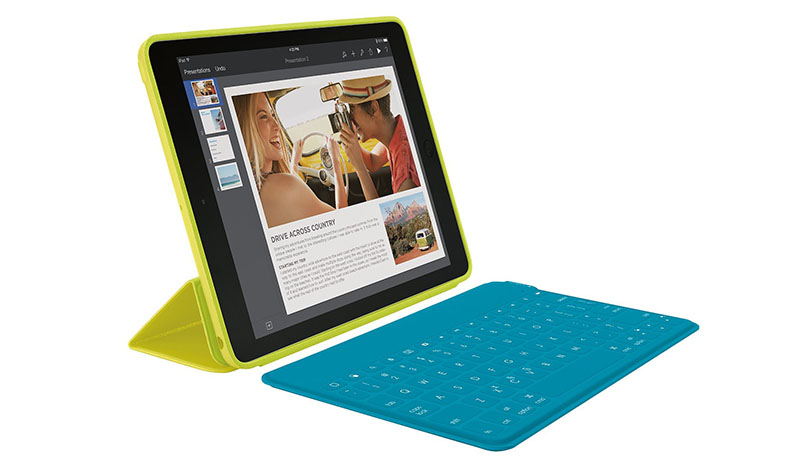 Logitech’s Keys-To-Go is an iPad-compatible Bluetooth keyboard, with the asking price of $69. For this price, you will be getting a compact keyboard completely covered in a spill-resistant fabric, in addition to a battery that lasts up to three months. What is also important mentioning is that Keys-To-Go is wireless not only because it uses Bluetooth, but because it doesn’t physically connect to your iOS device. If you take a look at other iPad-compatible keyboard, you’ll see that most of them are a part of folio-style cases, meaning that most of them are physically connected to your tablet. Keys-To-Go is made for those who don’t like using cases, as well as for those who want more freedom while typing and working on their iOS devices.

Just like the rest of Logitech’s similar products, Keys-To-Go features the top row of iOS-specific action buttons. You can use these shortcuts to return to the home screen, open Spotlight, launch Siri, activate the multitasking view, take a screenshot, control media playback, and adjust the volume. I am sure you’ll find all of these keys very useful, as much as I did. The only thing that is missing here is the lock key, even though it is that not hard to reach for the sleep/wake button. On the right side of the shortcut keys, you will see a button with a battery icon. By pressing it, a small LED will light up, indicating how much power’s left.

Logitech is known for quality made products, so Keys-To-Go is not an exception. The keyboard is very light and thin, but feels sturdy and very quality made. It is also highly portable thanks to its dimensions, so you can easily carry it around with you.

When it comes to iPad-compatible keyboards, the rule is that you’ll need to spend some time adjusting. Different manufacturers use different layouts and mechanisms, so you’ll definitely need to spend some time adjusting to a new layout of those keyboards. Logitech’s Keys-To-Go comes without any major learning curve, which is a big achievement. If you are using a MacBook Air, you probably won’t even feel any difference. The keyboard’s overall footprint measures at just over 9 by 5 inches, and 6mm tall. In practice, this means that keys like Shift, Delete, and Return suffered the biggest reduction, while the rest of the keys seem full-size.

I would also like to mention another surprising side to this product. After testing and reviewing a number of iPad-compatible keyboards, I noticed that many of those don’t feel premium or quality made. This is due to their insides, since keyboards use different mechanisms. The most expensive ones were the quietest, so I assume this quality must be connect to the end price. When it comes to Logitech’s Keys-To-Go, even though it’s priced at $70, which is not the best price ever but not as expensive as well, this keyboard offers one of the quietest mechanisms that I’ve seen. I not sure what kind of mechanism is inside of this product, or perhaps this is due to the material used to cover the keyboard, but it’s clear that Logitech has done an amazing job. If you are one of those who like quiet keyboards, then Keys-To-Go is one of the best choices out there.

As I said earlier, I’ve tested and reviewed a number of wireless keyboards, but Keys-To-Go still managed to surprise me in more ways than one. First, it’s very quality made and the material used to cover the keyboard seems very durable. Logitech managed to make a compact keyboard that doesn’t actually feel compact in any way, with the amazing layout that feels natural and comes without any learning curve. On top of that, it brings the battery life of up to three months. However, probably the best thing about this keyboard lies in its concept. Since Keys-To-Go doesn’t connect your iOS device in any physical manner, it can be used with a wide range of iPads and iPhones. I can already see myself using this product with my iPhone 6. And let’s not forget about possible design changes that may come with the next iPad generation. If you are using a folio-type case, that product might become obsolete in just one year. Since Keys-To-Go is completely free and unattached, you can be sure it will be compatible with the next generation of iOS devices.

With Keys-To-Go, Logitech has made a product that I am sure will achieve big success. There is really nothing that I can consider changing about this product. For the asking price of $70, this is currently one of the best choices you can make. Logitech’s Keys-To-Go will give you a significant run for your money.