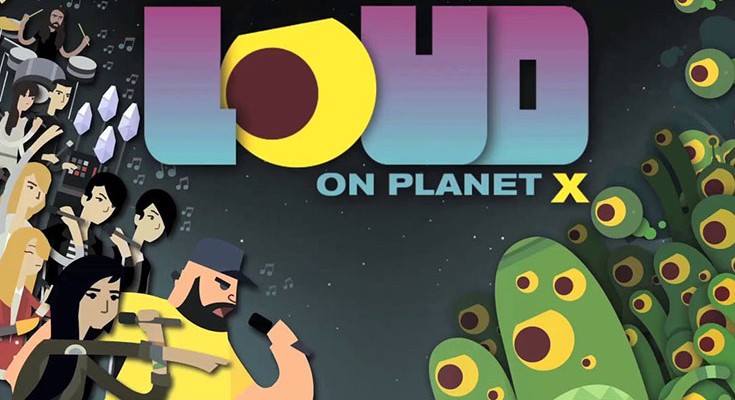 Novak B.May 22, 2016ios-reviewsComments Off on Review: LOUD on Planet X

With thousands of developers trying to find their place on the iOS App Store, it is expected that not everyone will find a place on the bestselling charts that they deserve. Indie developers are fighting against large companies with even larger budgets, but the good news is that everyone gets a chance that they deserve. In all fairness, indie developers are the ones pushing the limits and coming up with innovative ways of gameplay, just as you’ll see in this article. Continue reading to learn more about LOUD on Planet X.

LOUD on Planet X ($3.99) is a rhythm-shooter game that started as a Kickstarter project. Due to its original concept, this project received much-needed funding. A developer behind this game is called Pop Sandbox, and this company made a promise to bring this title to numerous platforms. After being available on PlayStation 4 and Steam, we now get the chance to play this game on our smartphones. We have tested the iOS version, even though the game is practically the same on all platforms. 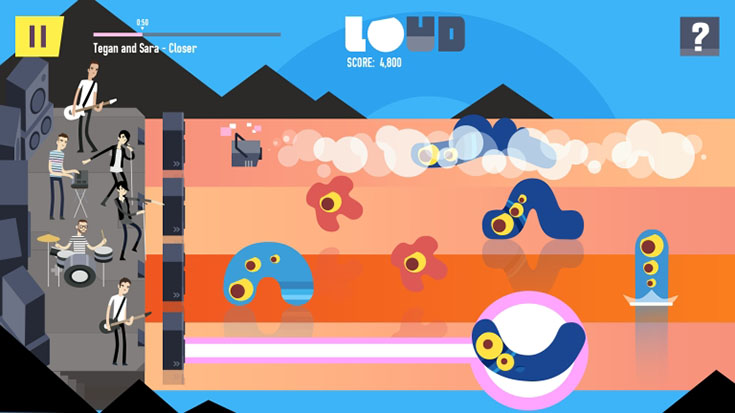 LOUD on Planet X mixes rhythm with lane defense, where you need to protect your bands (and your planet) from aliens who are looking to invade the stage. What’s interesting about this title is that it features various acts by some well-known artists like CHVRCHES, HEALTH, and Tegan & Sara, as well as some smaller artists like Lights, Purity Ring, and Shad. As you can already see, the fourteen-artist lineup is what’s making this game interesting. With 28 songs available, you get to hear two songs per artist, which isn’t really that much, but you still get a lot of gameplay.

Since every rhythm-based game needs good music to make it successful, I am happy to say that LOUD on Planet X has plenty of that. However, I believe that fans of indie and alternative music will enjoy it the most. There are 28 songs at the moment, and most of these made me search on the Web for more music by the artists involved. For those of you who are interested a bit more about different music genres, let me say that you find an interesting mix of punk, hip-hop, pop, and even rock.

First, let’s see what kind of visual design this game brings. What you will see is a minimalist visual style with lineless artwork. The game doesn’t take itself seriously, which is a good thing. There are little versions of each artist performing on the stage, which is an interesting visual treat. On the other hand, there are all kinds of funny-looking aliens.

I would also like to praise the screen-clearing special attack. This move causes a splash screen to appear that slowly builds a signature symbol associated with the band. In other words, it is like an album cover is being constructed before your eyes.

Here’s how the game works. There are four lanes across which different alien types are moving. On the left side of the screen is the stage with one speaker in each lane. The goal is to blast fire or lasers from the speakers in order to destroy the aliens, but they will fire only if you tap on the corresponding button in time to the beat. 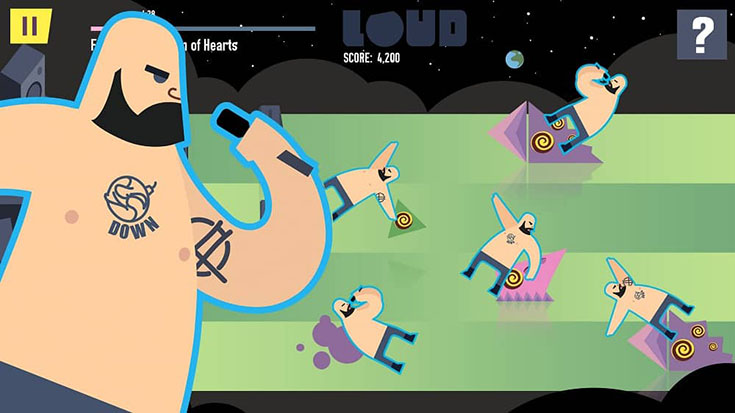 The gameplay of LOUD on Planet X is relying on the soundtrack. What this means is that some songs can be somewhat repetitive, which means that tapping on the screen gets repetitive as well. I guess some more complex patterns would have been hard to implement with the tower defense genre. I am not saying that the game isn’t fun or that there isn’t any challenge. This especially goes for some later levels, where you have to manage multiple enemies on multiple lanes at once.

There are some songs with a slower beat, so it will be easy to tap on the speakers at the right time. However, there are some songs like Closer by Tegan & Sara, which require your full attention. This is where we come to the main problem in this game. At times, the game would register your input a bit early or too late, no matter how precise you are. I guess this input method needs to be further optimized since this can mean all the difference between destroying an alien or having a speaker damaged.

You also get different power-ups to help you eliminate the aliens more easily. However, I feel like the creators could have done something more with these power-ups. Most of them don’t have a stronger effect, making your enemies back up for one second or two. On the other hand, I was happy to see that the creators were consistent with the theme since some of these power-ups are bouncers that knock back the enemies, or fog machines that slow them down. 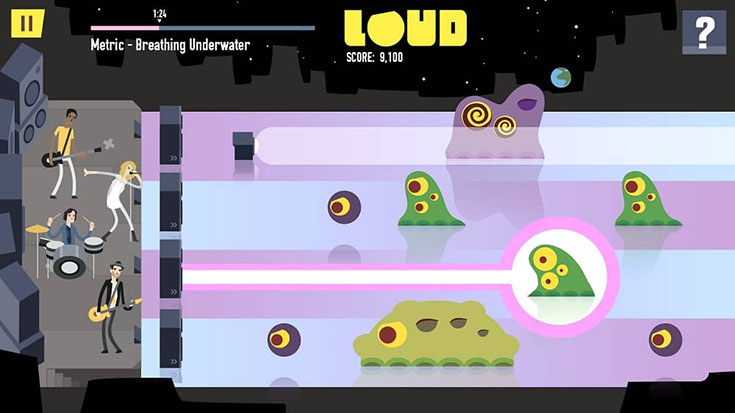 When it comes to your enemies, they come in different shapes and forms, so there is always something new to see and explore. For example, some of the aliens split up when defeated, while others cover the entire screen in goo.

I really like this game’s gameplay and concept, but for me, it’s a deal-breaker how unreliable the controls are. I would wait for an update before purchasing the game, which is otherwise quite enjoyable.

It is clear that LOUD on Planet X has a potential to be a rhythm-based game classic. I really hope to see the creators putting more effort into building future updates, like polishing the control system and adding more tracks.

LOUD on Planet X can be purchased for $3.99. The game doesn’t come with any in-app purchase options and can be played on your iPhone and iPad as well.