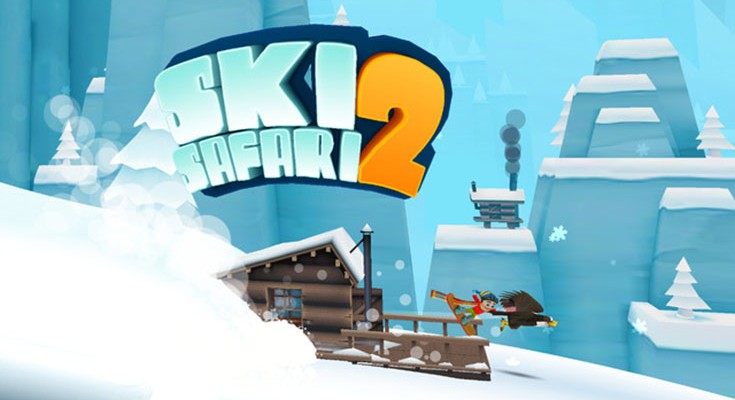 Ski Safari 2 Goes A Lot Further Than The Original

Novak B.Sep 11, 2015ios-reviewsComments Off on Ski Safari 2 Goes A Lot Further Than The Original

In case you have been keeping your eye on the iOS App Store game releases, you have probably noticed the original Ski Safari, released back in 2012. Quickly upon its release, this game climbed the app charts and remained highly ranked for a long time. I guess it was inevitable for a sequel to happen, and as it turns out – Ski Safari 2 has recently hit the iOS App Store. We have downloaded and tested the game extensively, so continue reading to learn more about our impressions.

Ski Safari 2 ($1.99), developed by Sleepy Z Studios, is trying to win us over once again with its addictive gameplay, newly polished interface, and with a couple of new gameplay features. This is why the sequel was released as the brand new game, which means that even if you own the previous version, you are required to pay for the sequel.

Back in 2012, Ski Safari brought up-to-date graphics that feel very old and outdated these days. Thankfully, the sequel is bringing revamped and polished visuals, where you will recognize some elements from the previous game (like the mountain and cabins) – even though they come with a fresh coat of paint. What I particularly liked is how models are now more detailed and it is clear they look much better. When it comes to the performance, I did not experience any issues on my iPhone 6, where the game ran smoothly. I have played Ski Safari 2 a lot these days, and I didn’t experience a single glitch or framerate drop. The responsiveness of the main character is excellent, and you can really fine-tune some of the actions and controls to maximize your performance. 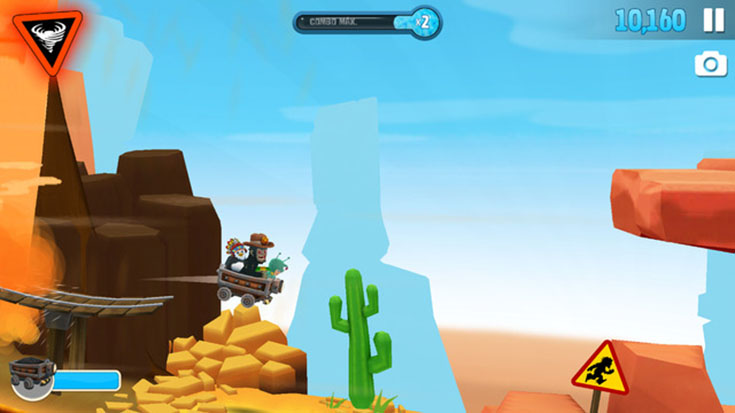 The core of Ski Safari 2 remained the same as in the previous game, even though there are a lot of changes to be found. This is still an endless skiing game, where your goal is to go as far as you can while trying to outrun the inevitable avalanche. Besides Sven, now you can choose a female character named Evana, and they both come with plenty of customization options. There are also two additional worlds to be unlocked, called Jurassic Lark and Twister Canyon.

The controls remained the same for the most part. The character moves automatically, and you have to tap the screen to jump, and hold your finger down to perform backflips. However, you can now perform various tricks by swiping left or right. These tricks will need to be mastered, since in many cases this is the only way to maximize your score on the run. This game is a ridiculous mixture of extreme sports and the endless-running genre. You start out slowly, navigating your way down the mountain. However, very soon you’ll hit a penguin – and all of a sudden you’re using it as a snowboard. After that, you crash into a cabin and bust out the other side in a bathtub. As the level progresses, you can use many of its characters in one way or another including a Sasquatch and even a bald eagle. On the other hand, you will be gliding down the mountain on a tub and different animals.

To advance in the game, you will have to earn points by completing objectives during each run. These objectives are the thing that makes this game exciting. You will be asked to run atop power lines for a certain amount of time, break through a number of rocks, or slide over a roof while riding on top of a penguin. All of these tasks will grant you a certain number of gold coins, which you can use to unlock different items for your character to wear, new snowboards and vehicles, as well as two new environments.

There is yet another interesting addition and that is the new multiplayer mode. Now you can compete head-to-head with a friend. This mode unlocks power-up items that can used against your opponent. However, this can be only done locally, on the same Wi-Fi network. Even though this seems like a great addition, I would have liked more the traditional multiplayer, where you can compete against any other Ski Safari 2 player. I’ve played with my friend over our local Wi-Fi network during these past few days, and the sessions worked great every single time. While playing a multiplayer game, Ski Safari 2 brings out a completely new dimension, and it actually feels a lot more intense. This is one of the reasons why I felt so disappointed to see that the traditional multiplayer is missing, which I believe this game could greatly benefit from. 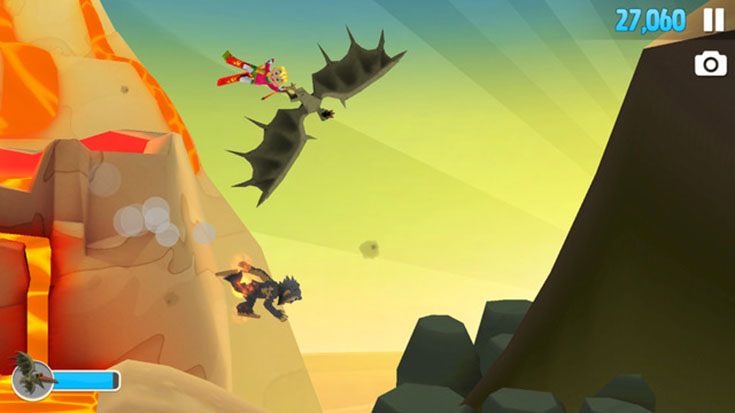 Another interesting addition to Ski Safari 2 is ability to take screenshots and post them online. Even though I have never been a huge fan of this feature, I see many of my friends posting screenshots and bragging with their skills. With Ski Safari 2, this feature finally becomes interesting and useful. Since the game brings numerous combinations of characters and dynamic elements, you can really create fun and quirky screenshots. There is also a handful of camera positioning options to tinker around in order to get the angle you want.

I recommend checking out Ski Safari 2 if you were a fan of the original, or if you like playing endless runners. You get a lot of value for its asking price of $2, which is making me sure that Ski Safari 2 will find its way to numerous iOS users. In addition, the game gives players a chance to accomplish many goals and unlock different parts, and it is over the top with its personality and humor. In contrast to numerous newly released iOS game, this one doesn’t only try to look great, or to bring some gameplay innovation – and instead it brings a complete package wrapped in a humorous personality and extremely fun situations. That is why I highly recommend downloading this game.