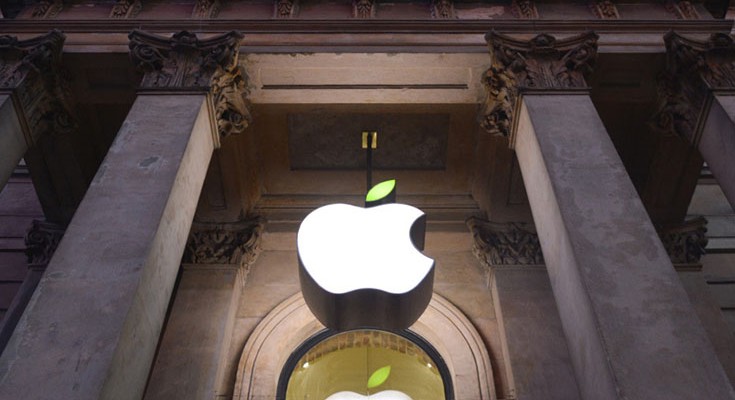 Novak B.Feb 23, 2016apple-newsComments Off on The San Bernardino Case: Apple Vs. FBI

Last Tuesday, a federal judge ordered Apple to provide access to encrypted data on the iPhone used by one of the San Bernardino shooters, putting the iPhone maker in a complicated situation. However, Apple first response was declining the access. This caused a lot of attention from the international community, which also sparked international attention to how private and safe our data is.

In this article, JustGoodBites will try to provide you with a full story of what happened in this case, and what kind of consequence can produce the FBI’s request to access encrypted data.

In a 40-page filing, the U.S. Attorney’s Office in Los Angeles argued that in needed help from the iPhone maker in order to get the password and access “relevant and crucial data” on the locked phone of Sayed Farook, who with his wife Tashfeen Mail murdered 14 people in San Bernardino, California, on December 2.

Authorities already said that they were able to retrieve several backups from the phone’s iCloud data, which were saved a month before the attack took place. However, some of the newer data can’t be extracted due to encryption that comes with the newest iOS version. The FBI also argued that Apple has the “technical” means to assist the government and that the order is an important step towards conducting the full investigation about the San Bernardino attack.

Interestingly enough, the Cupertino company made headlines last October when it said that “it would be impossible” for the company to access data on a device that’s running iOS 8 and later.

To remind you, iOS 8 was officially launched on September 17, 2014. The authorities are now asking Apple to disable a feature that erases the iPhone’s data after a certain number of failed password attempts, but it is still not clear if Apple is able of doing so.

Only a couple of days ago, Apple told reporters that the Apple ID password associated with Farook’s iPhone was changed “less than 24 hours” after being in government hands. This way, the company noted that it’s impossible to retrieve any data after altering the password. Still, the FBI is insisting the iCloud password reset does not affect Apple’s ability to access the data.

“Even if the password had not been changed and Apple could have turned on the auto-backup and loaded it to the cloud, there might be information on the phone that would not be accessible without Apple’s assistance as required by the All Writs Act order, since the iCloud backup does not contain everything on an iPhone. As the government’s pleadings state, the government’s objective was, and still is, to extract as much evidence as possible from the phone”.

In an effort to explain the situation, Apple CEO Tim Cook has posted an open letter to address the issue. This was the first time that Apple publicly opposed the government, which was one of the things that were noted in the letter.

By giving access to the device, as Cook says, it would undermine Apple’s decades of work on security advancement to keep its customers safe. He also says that creating a version of iOS with limited security features would put the company at a great risk of attack. In addition, he notes that security experts have warned against weakening encryption as both bad guys and good guys would be able to take advantage of any potential weaknesses.

“The implications of the government’s demands are chilling. If the government can use the All Writs Act to make it easier to unlock your iPhone, it would have the power to reach into anyone’s device to capture their data. The government could extend this breach of privacy and demand that Apple builds surveillance software to intercept your messages, access your health records or financial data, track your location, or even access your phone’s microphone or camera without your knowledge.”

Cook concludes Apple’s open letter by saying the company’s resistance to the order is not an action they took lightly. Ultimately, Apple fears these demands would “undermine the very freedoms and liberty our government is meant to protect”.

The open letter is still available on Apple’s official website and could be found on this link.

The Justice Department demanded that a federal judge immediately orders Apple to provide technical tools, which was a response to the open letter.

“This is not the end of privacy”, the Justice Department declared, which is a mocking reference to Apple’s explanation of refusal to comply. In addition, prosecutors said that Apple’s refusal “appears to be based on its concern for its business model and public brand marketing strategy” rather than a legal rationale.

The 25-page motion was created to persuade a judge into forcing Apple to immediately comply with the original court order. However, Apple still has until February 26 to file its first legal arguments against the court order.

As the New York Times wrote, the 25-page motion seemed to be aimed at swaying public opinion, which is a consequence of a public backlash against the government’s decision.

On the other hand, Apple seems to be supported by other large and influential companies. Both Facebook and Twitter recently joined the ranks of tech companies that are supporting Apple’s decision.

In a tweet published a couple of days ago, Twitter CEO Jack Dorsey thanked Tim Cook for this leadership and said the company stands with Apple. Dorsey also linked to Cook’s open letter that calls the FBI’s software request “too dangerous to create”.

Additionally, Facebook announced its support through a statement that says that company will “fight aggressively” against government requests to weaken security. The company notes that the FBI’s demands “would create a chilling precedent”.

“We condemn terrorism and have total solidarity with victims of terror. Those who seek to praise, promote, or plan terrorist acts have no place on our services. We also appreciate the difficult and essential work of law enforcement to keep people safe,” the statement reads. “When we receive lawful requests from these authorities we comply. However, we will continue to fight aggressively against requirements for companies to weaken the security of their systems. These demands would create a chilling precedent and obstruct companies’ efforts to secure their products.”

Apple now has until February 26 to respond to the court order, and it seems like the company is ready to oppose and fight.