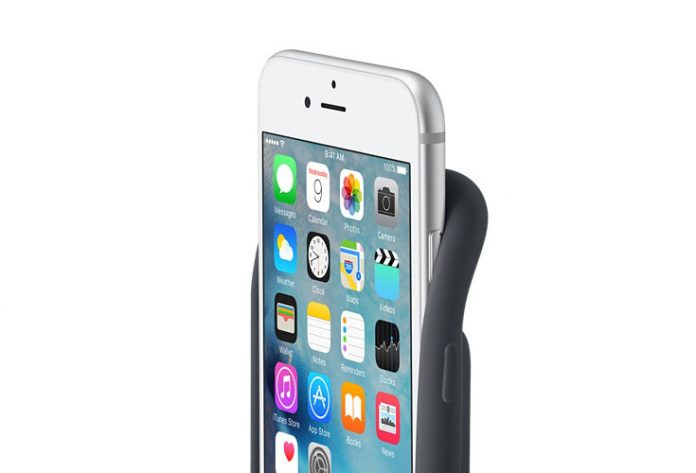 In a surprising move, Apple debuted the Smart Battery Case for iPhone 6S and 6, the first ever integrated battery pack to come from this company since the original iPhone launched.

The Smart Battery Case is designed for iPhone 6S and iPhone 6 devices and offers a high level of protection, as well as up to 25 hours of extended usage. The case is made of soft touch silicone and is lined with microfiber. Interestingly enough, a special elastomer hinge allows for easy insertion and removal, which means that the top of the case is somewhat pliable. 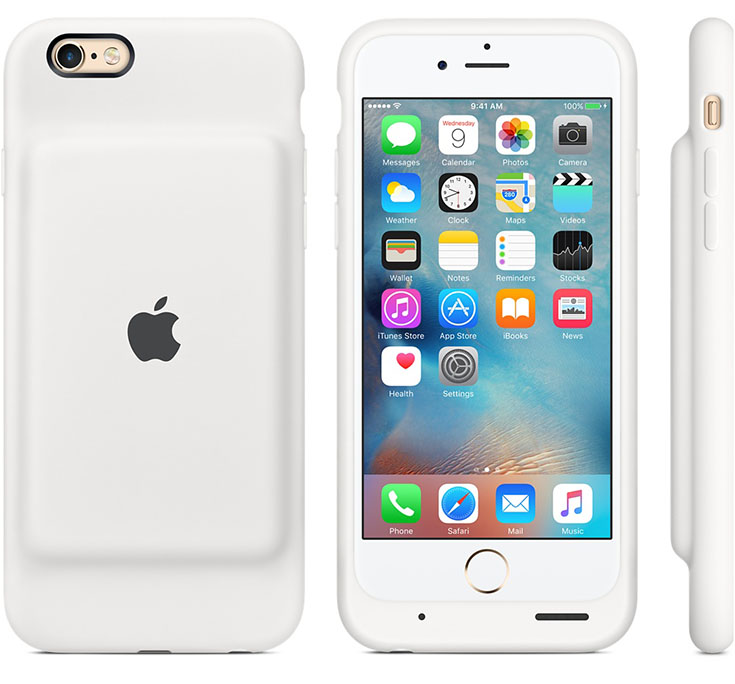 The bottom side of the case comes with a small chin that houses the Lightning connector as well as acoustic channels for iPhone’s speaker and microphone. The Lightning port seems to be built-in to the case bottom, which allows the case and the phone to be charged simultaneously.

In contrast to the most popular battery cases, Apple’s Smart Battery Case packs the battery into a small hump on the back side. This is where you can find cutouts along the edges, which are providing access to the iSight camera, mute switch, and headphone jack. On the other hand, system volume controls and sleep/wake buttons remain covered.

Apple didn’t specify the battery’s capacity, but it is said that talk times can increase up to 25 hours, Internet browsing over LTE up to 18 hours, and audio/video playback up to 20 hours. In addition, the case’s power status can be checked using a special lock screen graphics, which means that Apple made a significant effort into combining the two products into one seamless unit.

The Battery Case is priced at $99 and is being offered in white and charcoal gray color. Orders are being accepted now through Apple’s online store but should be in stock in Apple Stores soon enough.