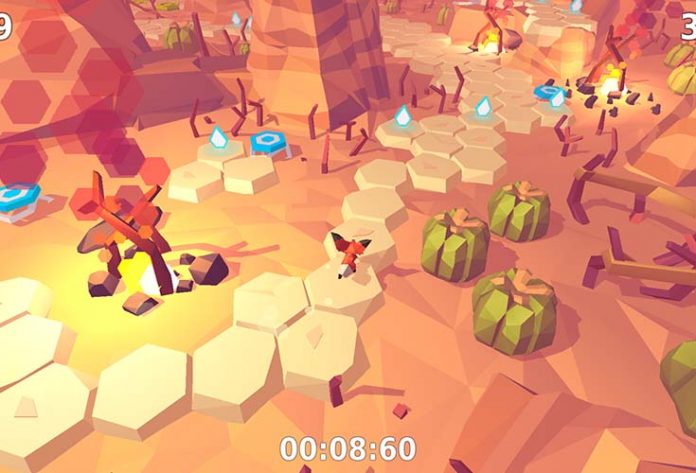 The iOS App Store offers plenty of choices when it comes to gaming, regardless of a genre you are interested in. Hardcore gamers will be happy to know that all the latest and greatest big-name titles already reached the App Store and are being regularly updated. However, some of us enjoy in hidden gems and those artistic games, which is the case with the game I am about to tell you. If you like artsy games with cute graphics, The Little Fox should be your next purchase.

The Little Fox is a twitchy hexagonal runner, created by Oleg Batrakov. This game is normally priced at $2.99, but right now you can buy it for only $0.99. There are no in-app purchases, which is surprising, so you get the whole game for the price. This is not the case often, which is a bit sad, but I am always positively surprised to see a few games adopting this monetization method.

When it comes to twitchy runners, it seems like they are made for those who enjoy challenging games. The first twitchy runner that I played was Super Hexagon, for which I believe is still highly popular. Even though these games tend to be extremely fun and rewarding, this interesting genre somewhat lost its popularity. However, I strongly believe that The Little Fox will positively impact on the popularity of this genre. Continue reading to learn more.

When it comes to its graphics, you can easily tell by looking at the images in this article that The Little Fox features a low-poly graphics. This style gives the game somewhat edgy appearance, but it also results in a very interesting final graphic output. The colors are nice and vibrant, where the game cleverly uses a mix of bright hues and dark tones. I would like to praise this game’s attention to details, which is why you’ll never get bored to replaying these levels. Overall, this is one of the nicer examples of low-poly art. In addition, these games tend to run smoothly since they are not as graphically demanding. 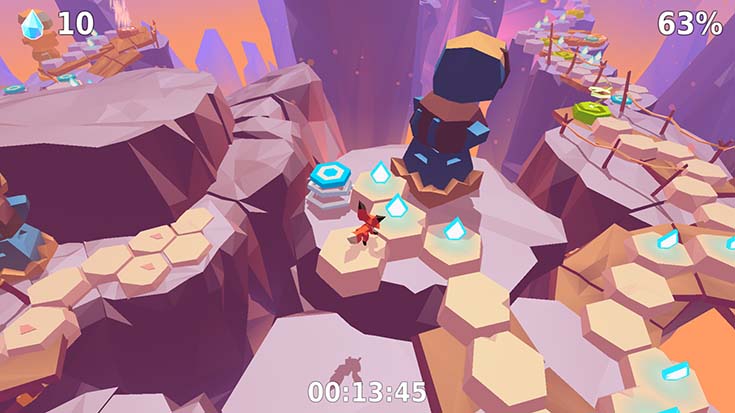 When it comes to its performance, animations are very smooth and fluid, which is important since you have to have fast reflexes to survive. During my testing, I haven’t encountered a single glitch or bug, making me believe that The Little Fox is well-optimized for iOS.

The Little Fox is a hexagonal runner, but it is infinite. The game features a storyline consisted of 13 worlds at the moment. The story is based on The Little Prince, which I am sure will be appealing to many of you.

Even though it might sound like there’s not that much content within the game, this is not the case. Each of the worlds will bring numerous levels to go through, where some of them can be very hard. The game does spike in difficulty at some points, making you push yourself even harder. Since the game keeps track of how many attempts you’ve gone through, I am sure you will see this number becoming very high, very soon. 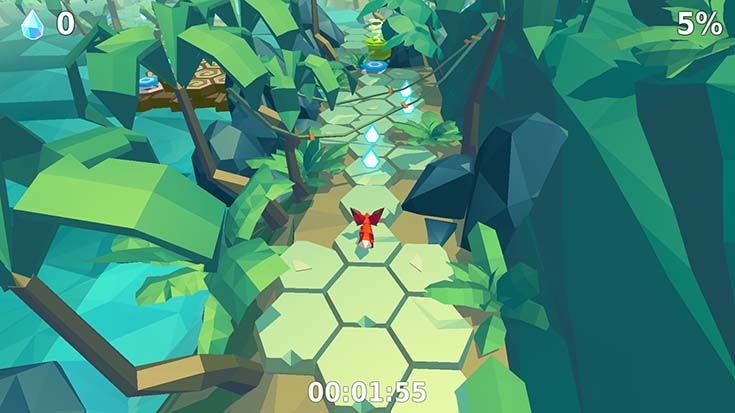 Controls in The Little Fox are easy enough for anyone to pick up, but hard to master given the game’s mechanics. Your role will be to guide the Fox towards the Prince, by helping him maneuver through hexagonal paths. To move a lane over, you just have to tap on the side the screen that you want to shift to. When turns come up, you will want to tap twice to do a full turn in that direction. Given the fast-paced nature of Fox’s run, it can be very hard to become the master of this game.

During something higher levels, you will encounter a number of different gameplay elements. Their role is to spice up the game, and they are doing that quite well. For example, you will encounter gaps that the Fox must jump over, as well as speed boost tiles, slow-down tiles, and shiny blue crystals to collect. The game ends if you crash into any obstacle, where you have to go back to the beginning. 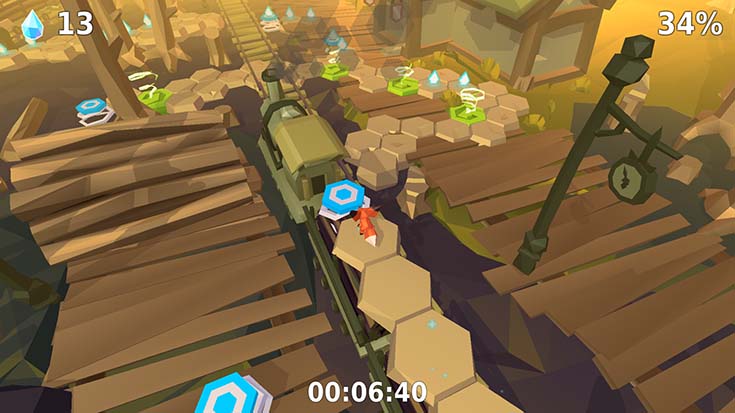 This is where I have to stop for a moment, to give you one helpful hint. After you hit an obstacle and after you fail a level, you can do a long-press on the screen to see the exact point you died it. This can be helpful to know in order to analyze your run and to avoid making the same mistake twice.

When it comes to The Little Fox, it is sure that this game is made for those who seek for a challenge. Even though you will get to enjoy the beautifully designed visuals and interesting storyline, I must say that there are some things that I haven’t enjoyed in. Once you fail, you will go back to the very beginning of the level. I wished to see checkpoints in each stage. Also, those difficulty spikes really pushed my limits. 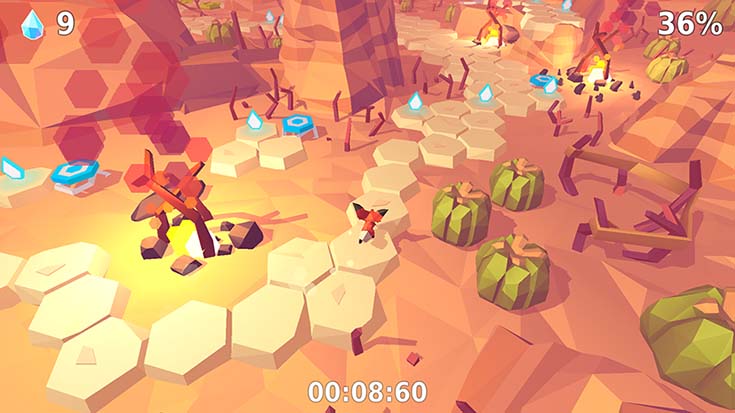 I recommend downloading The Little Fox if you are a fan of twitchy reflex runners and if you’re looking for adventure. This game is available on the App Store as a universal download, which means that you can play it on your iPhone and iPad as well. The game is normally priced at $2.99, but right now you can download it for $0.99, which sounds like an amazing deal. Go ahead of try it out for yourself.