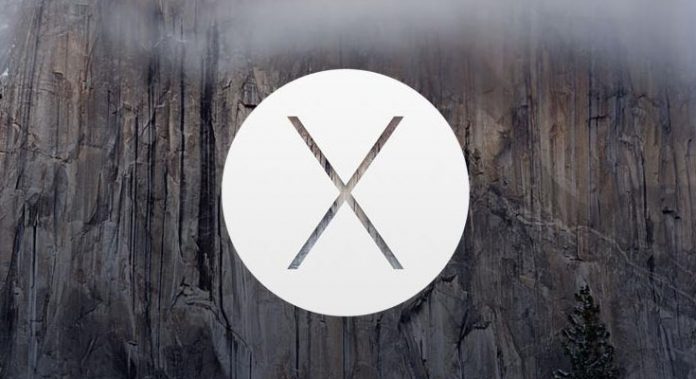 Almost a year ago, during Apple’s WWDC 2014, the world got a chance to learn more about the newest version of OSX, named Yosemite. Apple’s spokespersons were very proud to announce OSX Yosemite, stating that the newest OSX version will change how we see our Macs. Finally, sometime during October 2014, OSX Yosemite was published and quickly became the operating system with one of the fastest adoption rates. 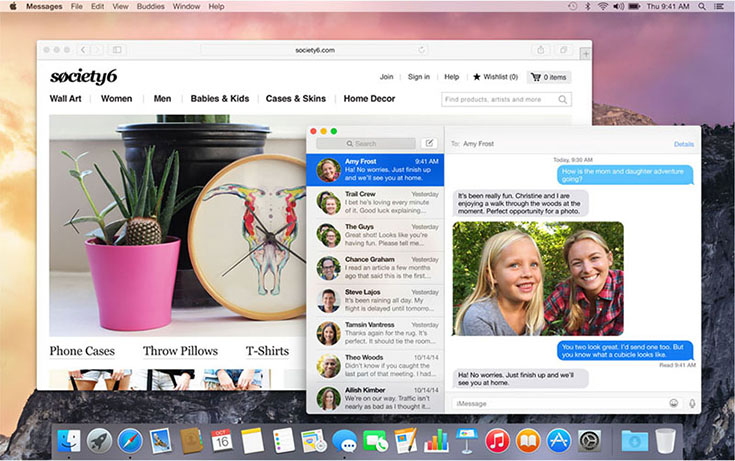 Many users were thrilled about redesigned interface that brought flat aesthetics to bigger screens, replacing skeuomorphism that Apple decided to stay away from. As you are probably aware, Yosemite brought a way for your iOS devices to effortlessly work with your Mac, along with Notification Center, Spotlight upgrades, and Apple’s new Photos app. However, even though these were the most obvious upgrades, there are hundreds of hidden enhancements that could change the way you interact with your Mac. In case you’re trying to learn more about some of the OSX’s hidden tricks, you are on the right place. Continue reading to learn how to get the most out of your Mac.

In case you use Preview to open and annotate documents, you’re in luck because Yosemite’s Preview received a big set of new tools. These can be easily accessed via the Toolbox icon, right alongside the Search bar.
The Sketch tool allows you to draw a shape which is then corrected to its nearest canonical shape. For example, if you try to draw a circle, Preview will recognize the shape and make the perfect circle for you. You can also use the Shaded Mask tool, which is activated when you click on the Shapes icon within the Mask tool. This tool can be used to highlight an area and make the rest of the image shaded. And finally, there are a lot of predefined shapes that you can easily insert by clicking on the Shapes icon.

In case you often struggle to find the file you’re looking for, you can use OSX Yosemite’s Preview mode in Finder. In contrast to previous OSX versions, now you can preview any file in any view, no matter if that’s a list, column, icon, or Cover Flow. To activate the preview, go to View – Show Preview.

One of the Preview’s new features is ability to sign PDF documents. This can be done by “writing” with your finger on your trackpad. The Signature icon can be found under the Toolbox icon in the Preview toolbar. In order to create a signature, you need to select the Trackpad tab and simply begin writing. To get more accurate results, you can even use a stylus, most of which are compatible with iOS devices.

4. Revert to the old OSX aesthetics

Even though I am a big fan of flat aesthetics and I think that iOS and OSX are currently the best designed operating systems, others might like better the old look. Even though you can’t completely revert, you can still make some changes to the Dock and the system-wide use of the Helvetica Neue font.
You will need to download Lucinda Grande Yosemite (can be easily found on the web), which is the older system-wide font, used in Mac OSX versions 1-9. You can also search for cDock, which is a small app that controls the OSX’s Dock. Using this app, you can restore the 3D effect. In case you decide to return to how Yosemite is meant to look, you can easily restore things back into their place.

Many of us are struggling with passwords, since it can be tiresome to try to remember all of them, or keeping them stored in a safe place. Now you can login to your OSX using your iCloud password, which is often used on your iOS devices. To do this, open System Preferences, and go to Users & Groups. You need to click on the padlock icon to unlock the preferences system, and now you will be asked if you’d like to use your iCloud password.

6. Tired of receiving calls and messages from your iPhone?

Even though it can be helpful to pair your iOS device and your Mac so you can make calls and reply to messages, sometimes you don’t need any distractions while working on your Mac. If you don’t want to receive calls and texts via your Mac, you need to open Face Time on your OSX, open the Preferences, and un-check the iPhone Cellular Calls option. For messages, you need to open the Settings app on your phone, and go to the Messages section. Now un-check the Text Message Forwarding.

7. Record your iPhone’s or iPad’s screen

I am sure many can benefit from learning how to record their iPhone’s or iPad’s screen, no matter if you need to learn someone how to use their iOS device, or if you’re an app developer who would like to create a demo video. This is also useful for creating tutorials and walkthroughs.
First, you need to attach your iOS device to your Mac and then open QuickTime Player. Go to File – New Movie Recording. What you’ll see is your Mac’s iSight camera, but you can click on the small arrow next to the record button to switch to your iOS device’s screen.
In addition, QuickTime can be used to record audio via your iOS device’s microphone, while gamers can use the QuickTime Player to mirror the screen and expand it to full-screen. 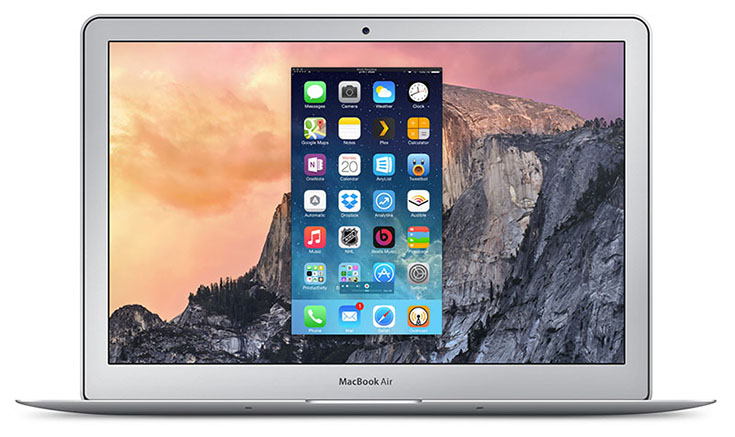 I often get asked about moving bookmarks from Chrome and Firefox to OSX’s Safari. This used to be somewhat complicated process involving making an HTML file, but now it’s fully automated and user-friendly.
In order to pull information from other browsers, you need go to File – Import From. When it comes to Firefox, you will be able to import bookmarks, passwords and even history. However, Chrome can only offer bookmarks and history.