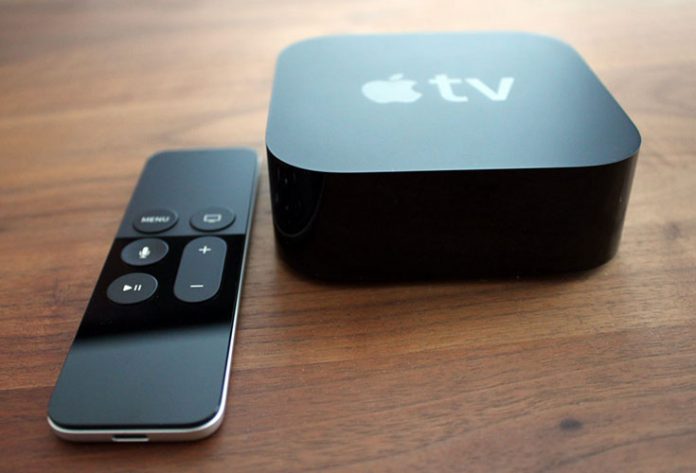 The original Apple TV has been released nine years ago, promising to bring a revolution to how we watch TV. However, the company struggled to capture our attention, which leads to four generations with improved internals, changes in price, and the introduction of Apple TV apps.

Google was the first company to come before Apple in this race, thanks to its Chromecast. This product sparked interest in media streamers, which is perhaps the main reason why Apple decided to completely redesign and retool its TV platform. In 2015, we finally saw the fruits of its labor with the best ever Apple TV.

One of the main reasons why iPhones and iPads are so popular is the iOS App Store. No other platform can compete with his kind of app ecosystem. However, you can’t just port iOS apps over to your Apple TV due to numerous differences in interaction. This is why you need new apps for your TV. JustGoodBites has compiled a list of the most interesting Apple TV apps that make your set-top box more useful than before. You will see some familiar names on the list, but remember that all apps from the list take on new and expanded TV screen-friendly forms.

Considering that tvOS restricts file sizes to 200MB for the initial download, you can try out and use a large number of apps. On the other hand, you might want to wait a couple of months to really take advantage of this feature, since the tvOS store definitely has a lot of room to grow.

In case you think some other hidden gem should be included in this list, leave a comment and tell us about it.

Airbnb is probably the best-known source for finding lodging, so it’s natural that this online service has a range of apps for different platforms. Airbnb’s Apple TV app completely embraces the new large-screen experience by letting you browse through immersive photos of listings and making reservations in an easy manner.

This is one of those rare apps that actually look better on a larger screen since I felt somewhat limited when I returned to Airbnb’s iOS app. 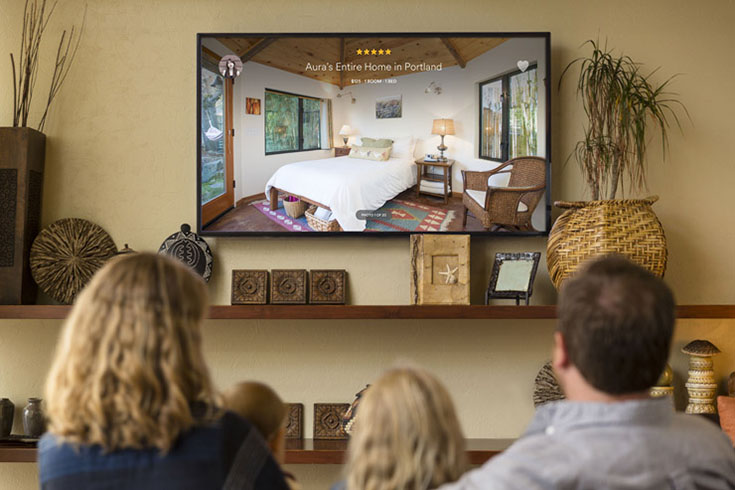 Atomic Hangman is an interesting and funny take on the old hangman game we all played when we were kids. However, instead of using a pencil and paper, now you can play this game on a large screen. The goal is to guess the right words and keep your puppet safe. Each wrong letter brings your puppet one step closer to a comedic demise.

Atomic Hangman is free of charge. 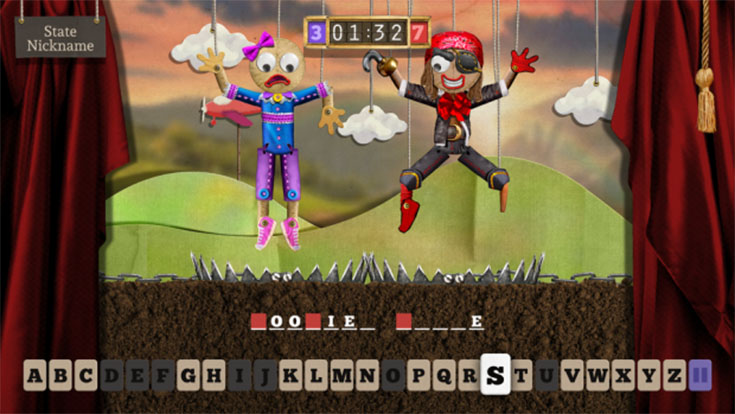 This game is very interesting because it shows that Apple TV can actually function as the Wii, the smash-hit video game console.

Beat Sports brings a series of mini games that are baseball-based, able of turning your remote into a baseball ball. The amazing visuals, music and rhythm elements await.

Beat sports can be downloaded from the tvOS App Store for $10. 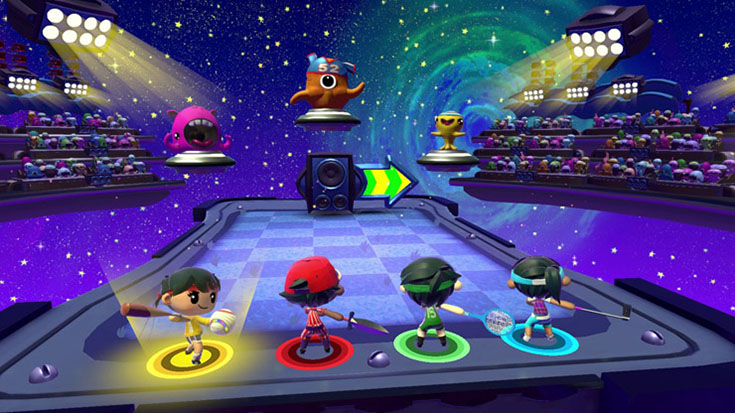 For those of you who are always interested in a weather forecast, we strongly recommend downloading Carrot Weather.

This application delivers forecasts powered by the excellent Dark Sky app, which is known to be highly accurate and reliable. Interestingly enough, it also comes with a sense of humor that goes along with its meteorology. Additionally, the slick, minimalist design looks good on a big screen, too. 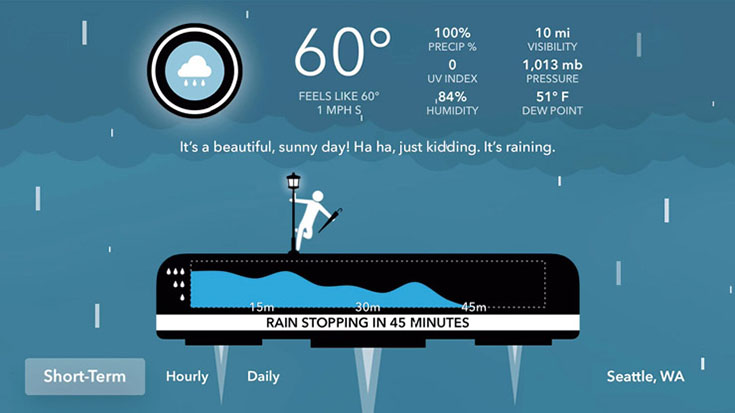 I am sure Netflix is the first app that most of you downloaded on the new Apple TV. This is definitely one of those must-have Apple TV apps.

Since this company depends on providing you different ways to stream movies and TV shows, now you can use your set-top box to stream video content. The remote and voice controls are making it simple to find the next great movie to watch. 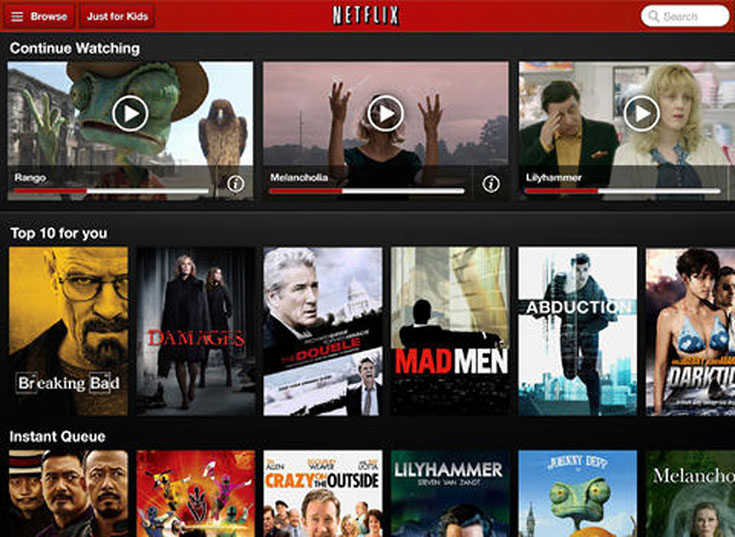 In case you don’t use a video streaming service but instead, have your own collection of movies and TV shows, you need to download Plex. This is a media server app that helps you organize movies, music, and photos. In addition, it allows you to stream all your content from any device connected to your home Wi-Fi network.

In case you are interested in details about this app, take a look at our full review. As you will see, Plex is by far the most user-friendly media server solution.

The app is free of charge. 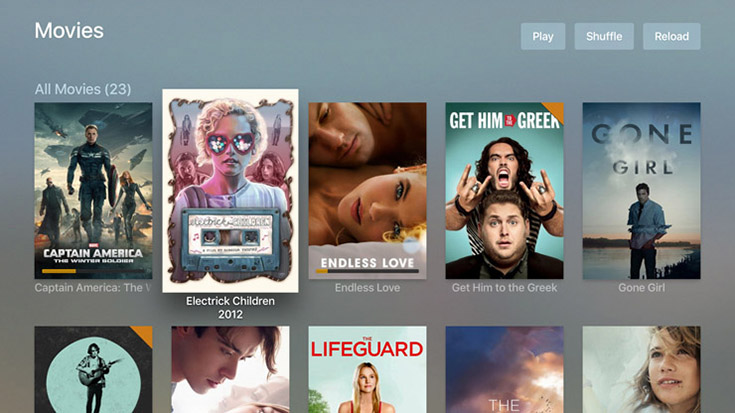 Streaks Workout is a fitness-oriented app that creates a regimen based on your fitness goals and equipment. It could be said that this Apple TV app could be your personal trainer.

This app comes with the bold colorful design that looks good on a large screen, and also comes with a lot of content to help you reach your fitness goals. You can also use other Streaks task-management apps to help you achieve a healthier lifestyle. 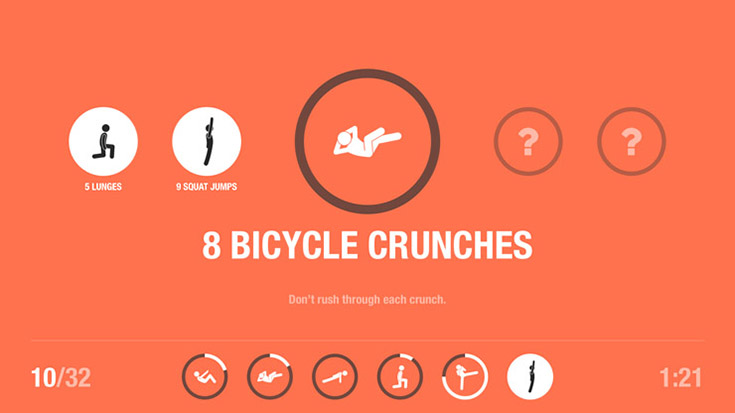 This is one of the best casual Apple TV apps, which offers mini games that train your brain in six areas: memory, logic, focus, language, the speed of thinking, and visual-spatial recognition.

Many people say that watching TV is bad for you, but Fit Brains proved just the opposite. 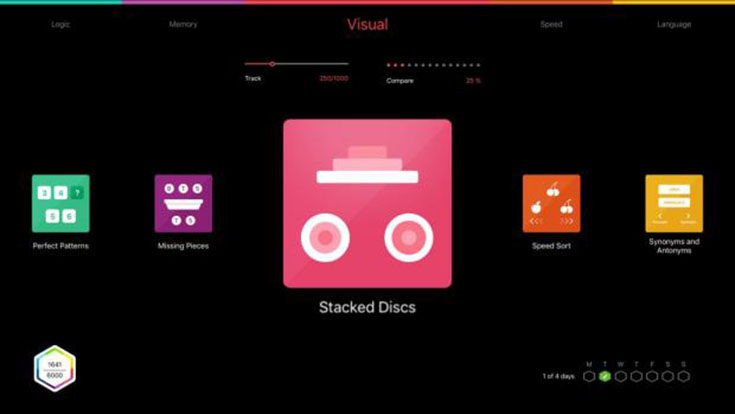 If you are a sports fan with the new Apple TV, there is no reason why you shouldn’t download WatchESPN app.

This application gives your access to 24/7 streaming feeds from various ESPN’s networks. The app offers a lot of useful and interesting content, and it seems like it is updated with new content on a daily basis. This is a definite must-have for any sports fan. 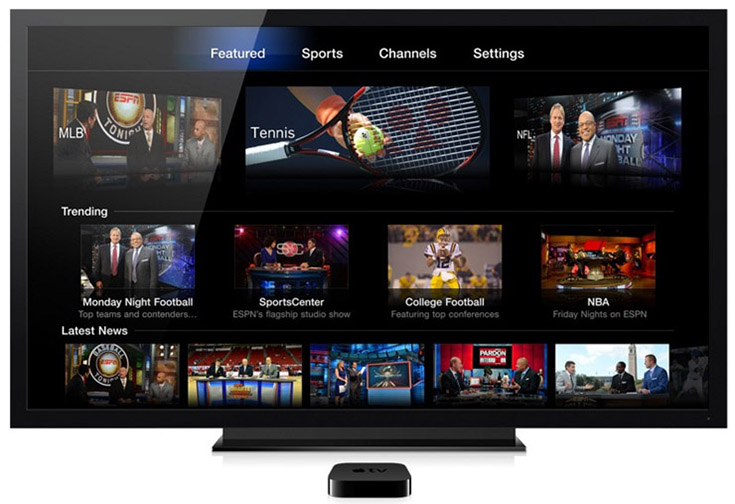 Gilt is an online shopping website with a focus on clothes and jewelry. With the Apple TV, using this app is the best way of strolling through aisles of luxury products.

This app is also interesting because of its wonderful UI style, which is one of the reasons why Apple decided to showcase it once the tvOS App Store was first opened. 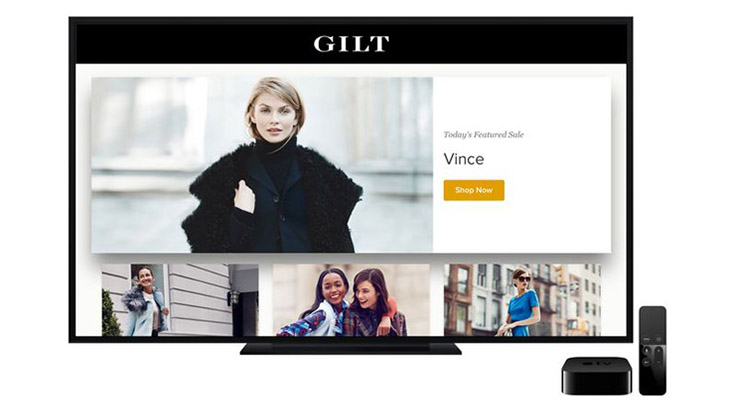