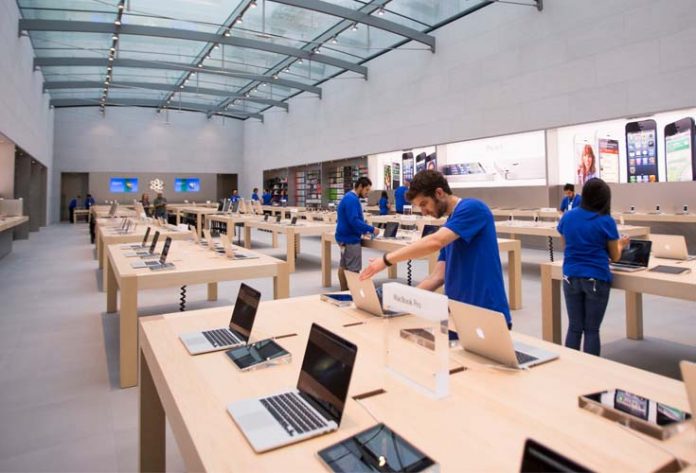 Since 2016 is nearing its end, it would be a good idea to take a look at what Apple brought us during the last 12 months. We received several products and services, but we also lost some technologies that seemed essential up to a couple of months ago. One this is sure: Apple was once again successful in producing a steady stream of headlines, where some of them were great, while others were a bit disappointing.

This recap isn’t only a great way to take another look at Apple’s 2016 roadmap, but also to see Apple’s path toward its future products and services. Some of the events that marked 2016 were the company’s battle with the FBI, first revenue decline in more than a decade, as well as an occasion dissatisfaction with some of the technologies that were taken away from us. On the other hand, some of the company’s products were highly successful, like the iPhone SE and iPhone 7, the upgraded Apple Watch Series 2, as well as iOS 10 that brought more freedom to third-party developers. So, let’s just right in.

Even though we have been hearing rumors that Apple was planning to remove the 3.5mm headphone jack from its upcoming iPhone, not many of us actually believed. This is because the headphone jack seemed like the best possible way to easily connect headphones to our phones. Even though this technology isn’t exactly new, and maybe it was due to removal, no one actually saw this coming. Some users believed that this is an outright user-hostile decision, as well as the iPhone 7, will be the first iPhone that won’t be successful. When Apple senior VP, Phil Schiller, formally announced the change and called the decision “courageous”, Apple critics scoffed.

Somehow, once the iPhone 7 and 7 Plus finally debuted, it seemed like the majority of customers was OK with this decision. Apple made sure to include a pair of Lightning-compatible earphones and an audio dongle for those who still want to use their “old” headphones. In addition, the newest iPhone generation received positive reviews, making us believe that Apple will be satisfied with its earnings. 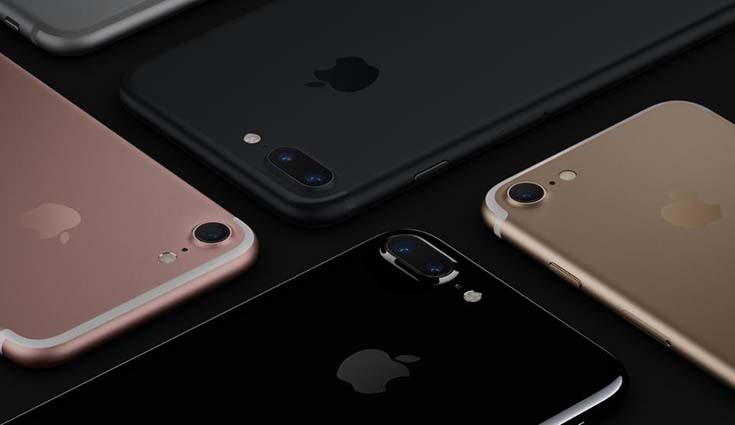 Speaking of the company’s earnings, we still have to wait to see Apple’s holiday quarter earnings, which will tell us how many iPhone were sold, as well as what’s happened with the iPhone 7 Plus and jet-black iPhone 7 (that were reportedly sold out on launch day). This could be a case of limited supply (and Apple’s prediction that the iPhone 7 won’t be as successful as its predecessors), or an amazing demand for the new smartphone.

Apple’s decision to remove the headphone jack will certainly have its consequences. It was reported that Samsung is planning to remove this port from its high-end smartphones that will be released in 2017. On the other hand, Google celebrated its inclusion of the headphone jack in its massively popular Pixel phone.

In order ease up the transition, Apple announced its first wireless earphones at the same time the iPhone 7 was announced. This $159 accessory was slated to ship in October, which seemed okay at the time since this would be only a few weeks after the iPhone 7’s release. However, the AirPods were delayed for months, which understandably was very frustrating for the iPhone 7 owners.

As the Wall Street Journal reported back in October, the new AirPods were delayed due to a trouble with the connection between the wireless pods. It seems like the Cupertino-based company didn’t expect these problems since AirPods were sent to a handful of tech reviewers a couple months back, and those reviews were published around the expected launch date in October. It’s interesting to note that this is not the first time the company faced problems with already announced products. Back in 2010, the white iPhone 4 was postponed for nine whole months. As Apple said at the time, this was due protecting the white paint behind the glass from the sun’s ultraviolet rays. 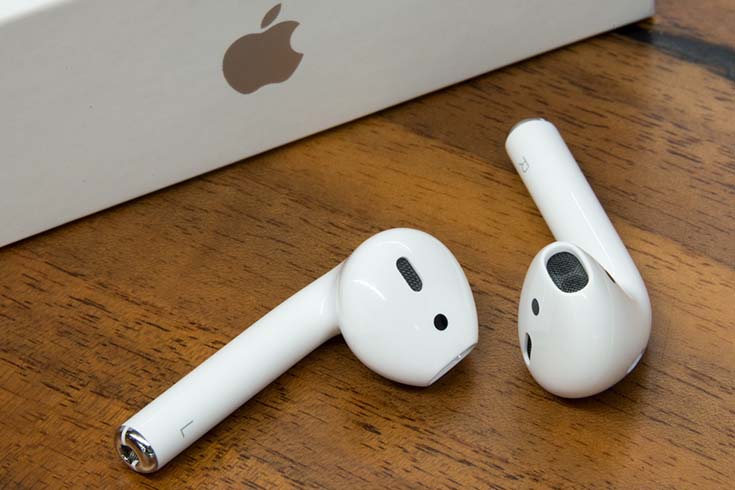 The company finally started taking preorders on December 13, and first shipments began arriving on Monday, December 19. Even up to this day, availability both online and in-store is still limited.

Even though the first-generation Apple Watch was far from perfect, it was one of the most capable smartwatches on the market. It seems like those of you who were interested in getting a smartwatch (which isn’t exactly a mainstream product) were satisfied with the original Apple Watch’s design and functionality. 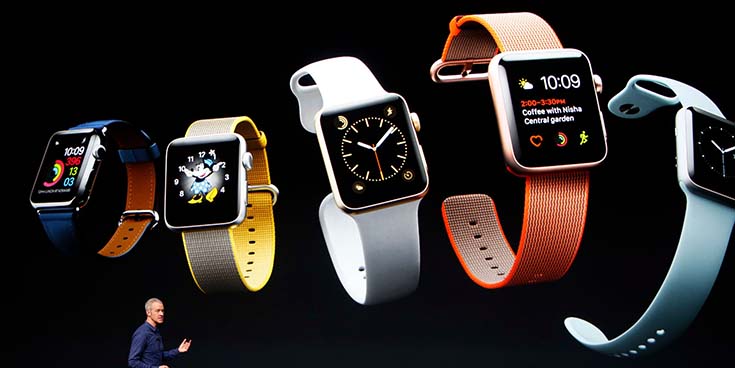 This year, Apple decided to bring the second-generation Apple Watch along with a new approach to its marketing. All of a sudden, Apple Watch wasn’t “the most productive smartwatch”, but an amazing fitness device. Still, the Apple Watch Series 2 came with an upgraded processor that made native apps run much faster, which was the biggest issue with its predecessor.

You can check out JustGoodBites’ review of the second-generation Apple Watch, where you can read about its design, GPS features, a more capable display, and its all-new water-resistance. Apple’s newly discovered focus on health, fitness, and wellbeing proved to be a success.

This year was big for users in terms of protection of their sensitive data. All of a sudden, people started to care about their privacy, which is indeed a serious issue.

In February 2016, Apple faced one of its biggest legal hurdles. The federal government tried to force the company to unlock a terror suspect’s iPhone. The phone in question was an iPhone 5c model locked with a passcode and set to destroy all of its stored data after 10 failed passcode attempts. This is why the FBI asked Apple to retrieve this sensitive information and to hack into the iPhone in question. There was a possibility for Apple to write software that would allow the government to bypass the iPhone’s security measures, but the company refused.

This legal battle lasted for several weeks and put Apple at the center of a debate about encryption and privacy. The company argued that any software it created for the so-called “good guys” would eventually end up in the wrong hands. Even though this seems like a very good reason, critics agreed that Apple could also lose the trust of its customers if complied with the FBI’s decision.

The FBI ended up finding another way into the iPhone and ultimately dropped their case against Apple.

For the first time ever, iPhone sales fell in the second quarter of 2016. On the other hand, it seems like this quarter was better than the company predicted. It managed to sell 51.2 million of iPhones, beating the 50.7 million estimated units sold. Still, the company reported $10.5 billion in profit, which means that Apple is very far from any danger. 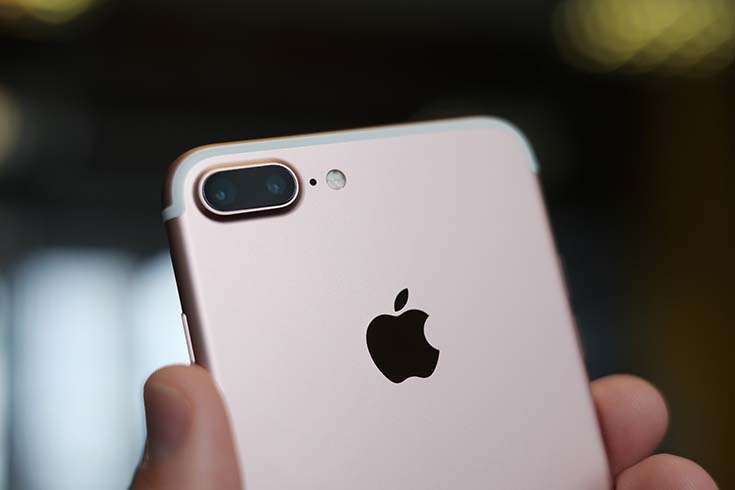 This year, the company reported first year-over-year revenue decline since 2001, down from $233.7 billion in 2015 down to $215.6 billion. This is still much better than Microsoft for example, whose revenue slipped from $93.6 billion to $85.3 billion year-over-year.

As said earlier in this article, we are yet to see the company’s results during the final quarter. Maybe the iPhone 7 and the recently updated MacBook Pro will be able to stop the downward revenue trend.

During the last four years, it seems like Apple didn’t pay much attention to its product line of notebooks. After four years of minor tweaks and improvements, the company unveiled the brand-new MacBook pro with the Touch Bar. The company replaced the keyboard’s function row of keys with a contextually aware OLED strip. In addition, Apple also went all-in with USB-C ports. 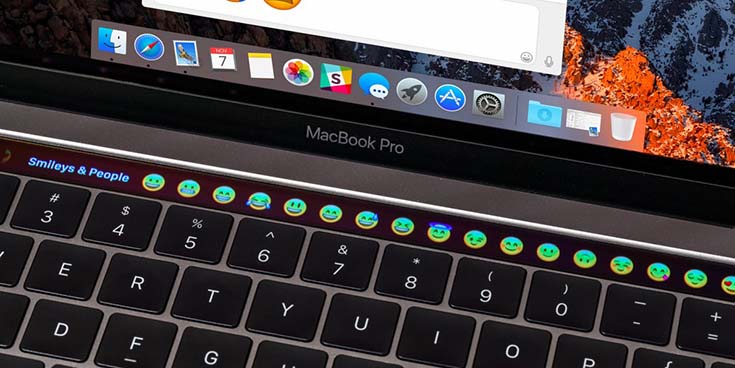 We tested one of the recently announced MacBook Pros, and you can find that review by following this link. Just like many other reviewers, we loved the new notebook despite its high price and certain limitations. Users aren’t happy with the fact that they can upgrade up to 16GB of RAM, as well as that some notebooks suffered from graphic glitches. There were also reports about battery life, even though Apple resolved these problems with a MacOS Sierra update.

One of Apple’s biggest successes in 2016 was the iPhone SE. It seems like the company responded to users interested in buying a smaller phone, which is the main reason why the iPhone SE was such a success. 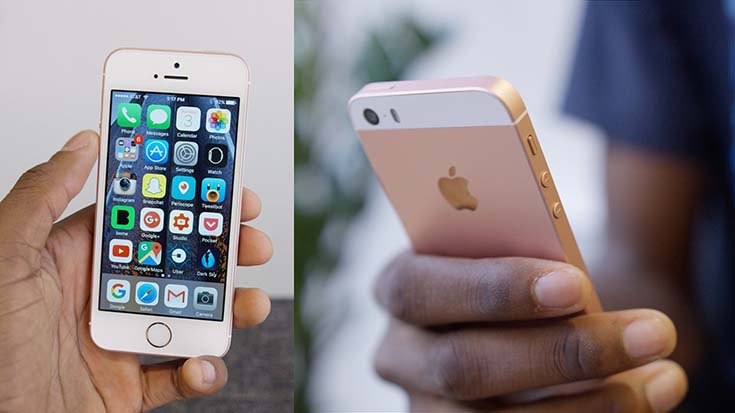 The SE has the lowest starting price of any iPhones at $399, and also brings the stylish look (and metal unibody) of the iPhone 5. In addition, the phone is powered by a very capable processor able of running the latest apps without a single glitch. It also comes with a headphone jack, which might be another reason why iOS fans might prefer this phone over the newest iPhone generation.

The Relationship with Third-Party Developers

We all know that Apple’s products know to be quite restrictive toward third-party developers. One of the best examples of this situation is the company’s own digital assistant, Siri.

In comparison to Amazon’s Alexa and Google’s Assistant, Apple’s Siri is less powerful and much more restrictive. But iOS 10 took the first step by opening up toward third-party app integration.

Developers were more than happy to use this new feature and quickly joined the bandwagon. This is why you can now use Siri to hail an Uber, send a Viber message, search for restaurants on Yelp, and quickly do an image search on Pinterest.

Aside from Siri being opened up, iOS 10 also transformed Messages into a platform with GIFs, stickers, Apple Music integration, and an iMessage App Store. Just like with Siri, developers now have much more freedom when it comes to designing iOS app and taking advantage of the platform’s built-in feature.

In 2016, many owners of previous iPhone generations (iPhone 6 and 6s) faced multiple problems with their phones. Toward the end of the year, Apple addressed one of these technical issues. Owners of iPhone 6s models now can replace the batteries in their phones. Even though the company said this problem was limited to a small number of iPhones produced between September and October of 2015, it is clear that the problem was more widespread. 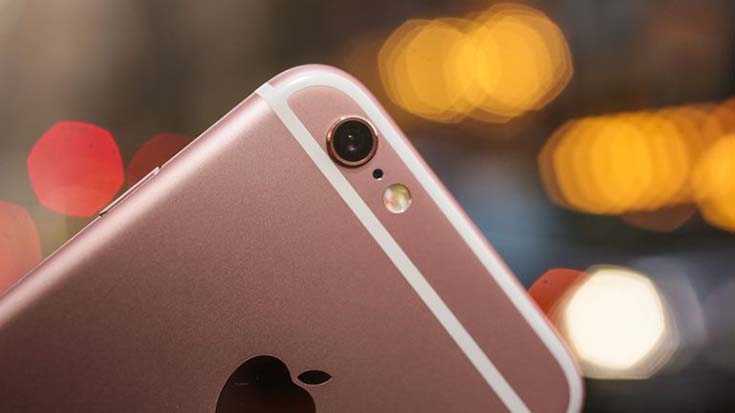 The company also made sure to avoid this kind of problems that to iOS’ (10.2) diagnostic tool that helps the company figure out exactly why its batteries are randomly shutting down.

In terms of financial stability, 2016 was year another great year for Apple. However, one of the most valuable companies in the world now knows that it needs to work hard to make iOS and MacOS users stick to these platforms. In addition, this year seems to be a solid foundation for future technologies that should start appearing in 2017.

We have a lot to look forward to in 2017. There are reports that the next-generation iPhone will be the most revolutionary phone since the original iPhone. The 10-year-anniversary iPhone will be a good reminder to how much the technology has changed in the previous decade. Just remember how happy you were with the original iPhone and its amazing touchscreen, which seems quite rudimentary right now.