iPhone 7: Our predictions for the next generation iPhone 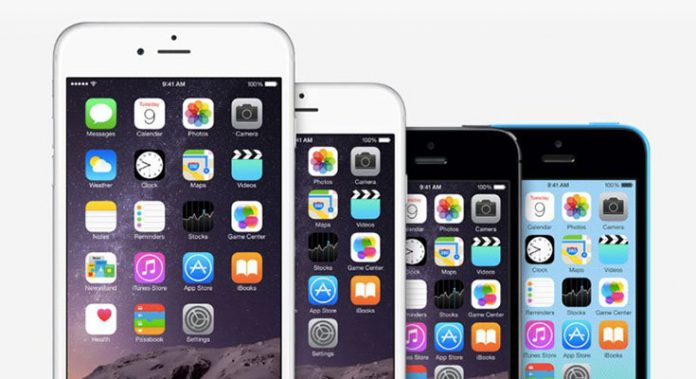 The newest generation iPhones launched a couple of months ago, and even though we are still discovering interesting tidbits about them, this doesn’t stop us from imagining what the next generation iPhone is going to look like. The competition between different manufacturers and platforms is tougher than ever, which is what makes numerous analysts think that the iPhone 7 will bring a radical change in order to keep its momentum going.
In this article, we gathered all the rumors about the iPhone 7 and filtered them so we can try to come up with realistic expectations and analysis. We are not going to share rumors and bits of unreliable information that are based on someone’s wild imagination, but instead, we are going to tell you about the latest Apple’s patents and clues that might help us visualize the next iPhone. In addition, it is well known that the company is bringing radical changes to their smartphone lineup every two years, so it is very probable that we’ll see something more than just an internal upgrade.

It is a well-known fact that Apple keeps the same (and almost identical) design over two iPhone generations, before revealing much slimmer and thinner smartphone. Since the current generation looks exactly like the previous one, we expect from the iPhone 7 to be fundamentally different in look and design from the current iPhone 6S and 6S Plus.
Just before the iPhone 6 and 6 Plus were revealed to the world, a number of rumors circulated that predicted Apple’s use of Sapphire glass for the display and Liquidmetal for the chassis. Note that these weren’t just rumors, but were pieces of information supported by Apple’s recent purchase of companies that were specializing in these areas. It is certain that we’ll see Sapphire glass in the future, which seems to be the toughest type of glass, but we are not sure if the next generation will actually bring it to the market.
Another quite interesting theory, that originated from Piper Jaffrey analyst, Gene Munster, is that the iPhone 7 won’t have a Home button in the same form we know and use it today. This prediction actually came before Apple introduced the new 3D Touch technology that is found in the iPhone 6S display. However, it is possible that the company is looking for a way to get rid of the Home button by using the 3D Touch. However, one important barrier to this is the current use of Touch ID, which is integrated into the Home button. Additionally, just a couple of months ago, an Apple patent revealed a handheld device with the Touch ID sensor built into the screen itself, which opens up the possibility for our prediction of the iPhone 7 without the Home button. We all know how Apple loves minimalistic design, and we are sure that the Home button will disappear at some point.
Another interesting prediction comes from one of the recently found Apple’s patents for a cut-down headphone connector. If you take a look at one of the newest generation iPhones, you will see that the headphone port is bigger from the Lightning port, and also bigger than the speaker grille. In this manner, this port is an obvious target for miniaturization, and we are sure that Apple is looking for an opportunity to slim it down. 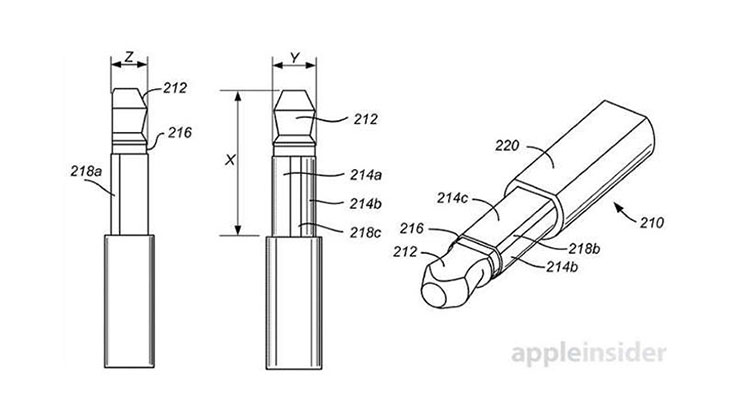 Finally, when it comes to design, we would like to point out to another interesting Apple’s patent, even though we are quite sure that we won’t see it materialized for years to come. A recent patent that Apple submitted referred to an “electronic device with wrap around display”, which is basically a curved display. We can already see a form of a curved display in devices such as Samsung’s S6 Edge or the Note Edge, but we probably won’t see the next generation iPhone sharing the same design ideas as these Samsung products. 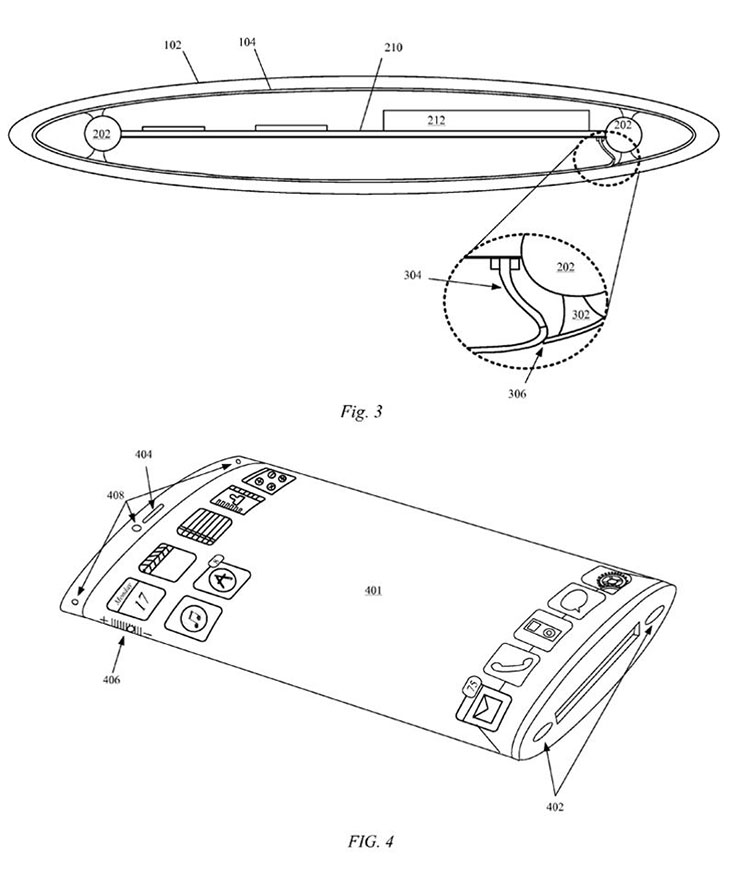 According to an analyst Ming-Chi Kuo, from KGI Securities, Apple will release a new 4-inch iPhone that could resemble an upgraded iPhone 5S, and which could be equipped with an A9 processor. However, this should be the base model, where the iPhone 7 should bring the newest A10 processor with six cores. This would mean that the iPhone 7 could bring a huge leap after using dual-core systems for such a long time, which does sound improbable.
However, what could be expected is that we’ll see a large-screen iPhone with 3GB of RAM that will go hand in hand with the new A10 chip that will bring increased performance.
When it comes to the camera, the iPhone 6S and 6S Plus brought some improvements, but it is still expected that we will see another upgrade next year. The iPhone 6S and 6S Plus went from 8Mpx to 12Mpx back-facing camera, and from 12Mpx to 5MPx front-facing camera. However, Apple is known for improving the camera’s internals, providing much better image quality instead of simply pushing out cameras with a higher megapixel count. Another interesting patent was recently revealed, which shows a technology called “a light splitter cube”. As Business Insider showed, this is not a completely new technology, but instead a miniaturization of the existing system, which also tells us that the iPhone 7 could be slimmer than the current models. The report also noted that if this technology does come with the iPhone 7, we could expect improved color and light capture, in addition to reduced blur. 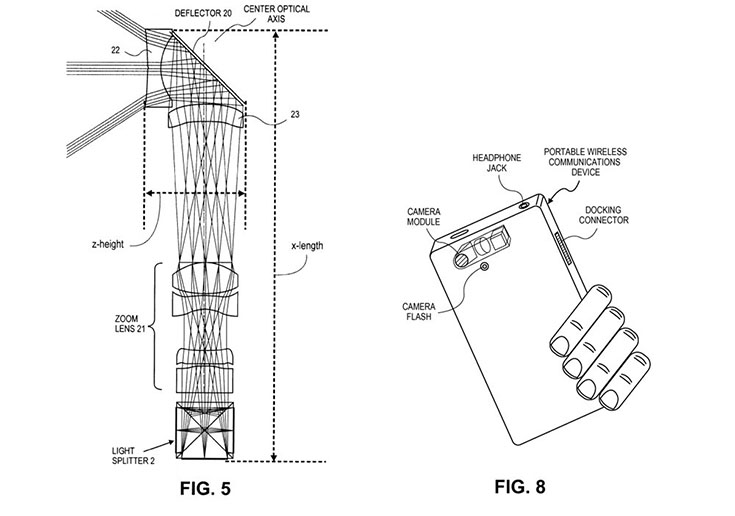 The popularity of Apple’s smartphone has led some creative individuals to try to imagine what the future iPhone could look like. It is always interesting to take a look at these images, and we can find a lot of those that can be actually built in real life, even today.
The following set of visualizations comes from ADR Studio. This creative studio imaged the iPhone 7 being heavily influenced by the Apple Watch design, especially with the digital crown control. Even though this seems highly unlikely, we still love these renders. 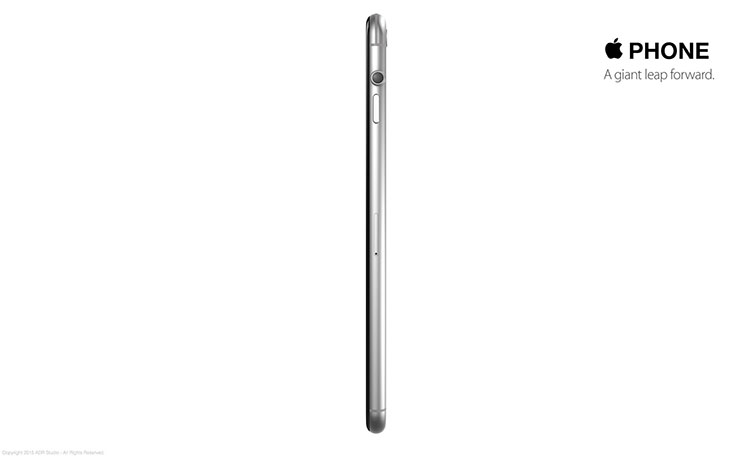 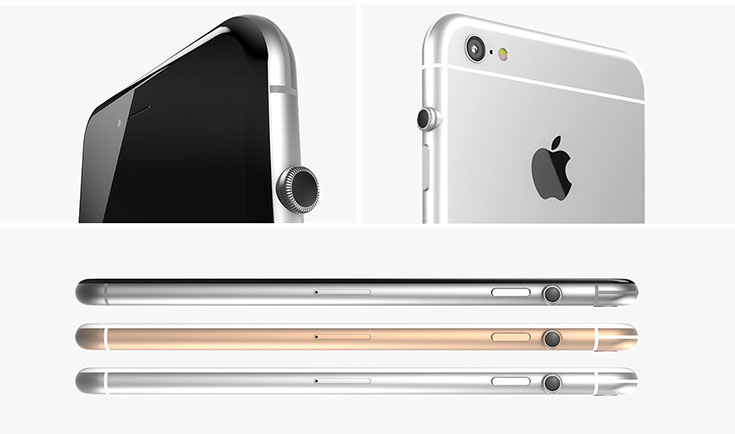 We also came across some very interesting concept renders from the artist named Yasser Farahi. As you can see from the following images, Yasser imaged the next iPhone generation as an ultrathin smartphone with new color options. 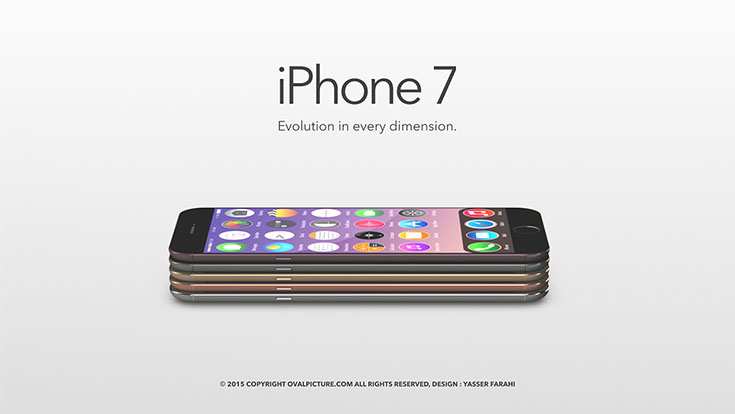 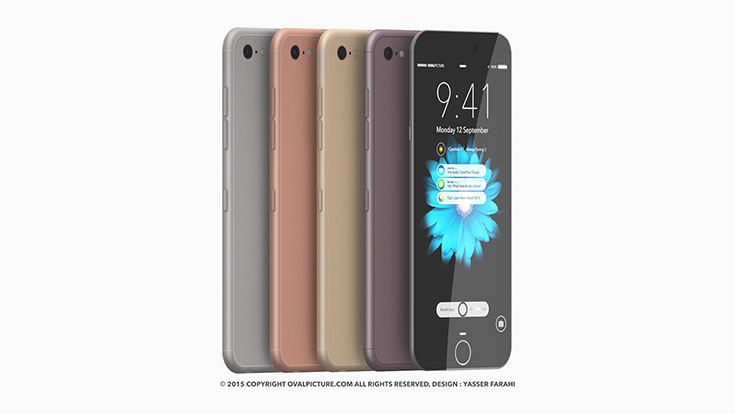