The Next Wave of Apple TV Dev Kits Become Available 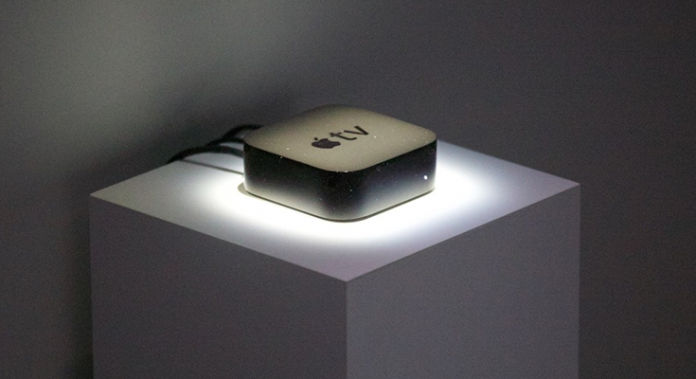 Due to overwhelming demand, Apple has expanded the number of available Apple TV Dev Kits. The offer has been sent to developers who applied for a chance to receive the pre-release hardware last month. However, only a number of developers who previously missed their chance have been notified by Apple Developer Relations.

The next batch of dev kits will be available for ordering for $1 through next Friday at 5 pm local, on October 9th.

The newest version of Apple TV will be released later this month and includes features like deep Siri navigation and App Store for the very first time. Developers were able to get their $1 dev kits since mid-September, so we can expect a number of third-party apps in the App Store later this month.

The new Apple TV comes in two configurations: 32GB for $149 and 64GB for $199. However, the current Apple TV will remain available for $60, but without the new tvOS platform. 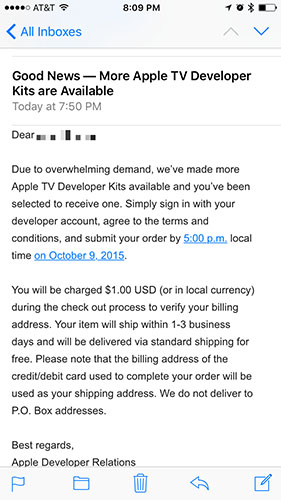