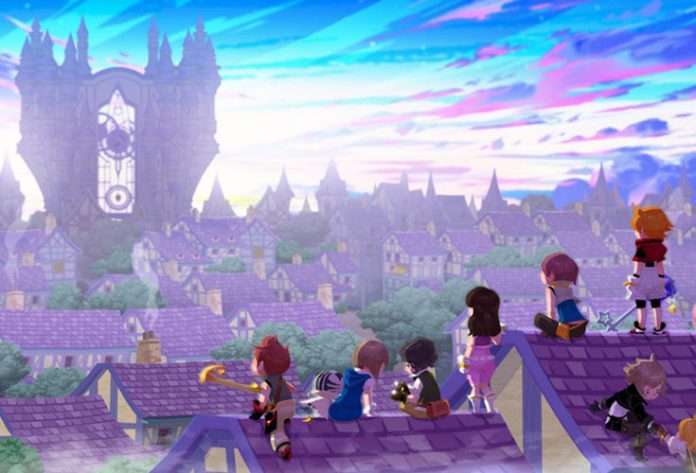 A week ago, one of the most anticipated games finally made its way to the iOS App Store. I am talking about the newest iteration of Kingdom Hearts, and I am sure that hardcore fans are already deep into this game. For those of you who are unaware of this series, Kingdom Hearts consists of seven games across different platforms, with more than 25 million copies sold.

However, the newest iteration, called Unchained X is made for fans of Kingdom Hearts, Final Fantasy and Disney. Since there is no official release date for KH3, this game could come in handy in the meantime.

The iOS app is free of charge but comes with a couple of in-app purchase options. Let’s see how this freemium game looks like, as well as if it’s addictive at the console version.

First, let’s talk about the visuals. This game comes from Square Enix, which is a company that already showed that it knows how to make beautiful and highly addictive games. Unchained X features a 2D environment with pseudo-3D feel due to shadows. Since it brings a combination of two worlds with various Kingdom Hearts and Disney characters, you will see that each character is nicely represented based on the world where it comes from. With this said, it is clear that KH characters will have a Japanese cartoon-like feel to them, while Disney characters are as vibrant as ever. The UI design and menus are what you would normally expect from a KH game, even though numerous aspects needed to be enhanced because of the mobile platform.

Upon the initial launch, the game will download a huge game file, so don’t be fooled by the seemingly small download size from the App Store. After that, you will see that you can migrate data if you played the game before, or you can choose New Game to start from scratch. 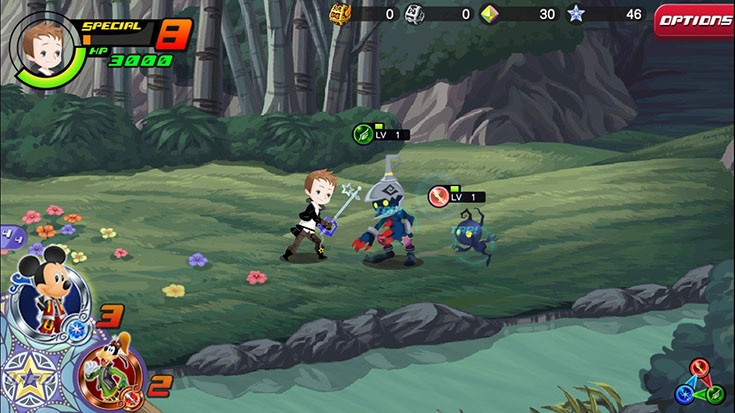 The game brings a lengthy tutorial to show you different aspects, which I strongly recommend going through. There are a lot of things to keep in mind while playing this game, so having a tutorial is quite helpful.

You can choose from the Story and Special modes right from the start, with the latter being a daily posted mission from the developer. In the Story mode, players will be required to go through a number of missions in a linear manner. Each level comes with three objectives, as well as the target enemy that needs to be eliminated. Since you will be wandering solo, this eases up your battles. Just tap on the screen to attack a single target, or swipe across the screen to attack several at once. Then you will have to drag a medal (or a card you previous needed to choose) in order to trigger a special move. This will make your enemies explode in a very fun way. I have to say, seeing how the enemies turn into small balls that explode all over the place is very fun.

As you progress through the game, you will be unlocking new modes, as well as numerous additions and character enhancements. It is very important to collect as many coins and jewels as you can, so you don’t have to spend any money on in-app purchases.

Kingdom Hearts brings a card-like element, with cards representing characters from Disney, Final Fantasy, and Kingdom Hearts itself. These can be placed in available slots and can be used to achieve a special move during a fight. As expected, you can upgrade the cards to increase their power or unlock a special move. 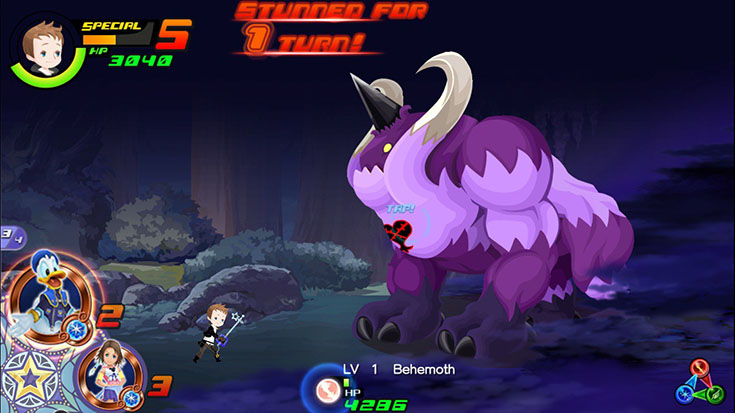 Now, a few sentences for those of you who are worried if there’s too much Disney in this game. Events in Kingdom Hearts Unchained X take place during the Era of the Lost Masters. What this means is that you won’t find yourself wandering through Disney-themed worlds. However, the game is full of Disney references, even though they should have been made subtle. On many occasions, you will get to hear and read lines from the movies, which lack a proper context.

When it comes to difficulty, it is clear that this game is well designed. You will be able to blast through story quests with minimal effort, so you don’t have to we worried if you’ll be able to finish the game and discover the entire storyline. However, you will have to put a lot of your time and effort if you’re interested in getting the most out of the game. For example, Special quests and Event quests present more of a challenge. This kind of levels could be a potential roadblock, forcing you to spend a couple of dollars to upgrade your stamina level. Still, this won’t be a problem if you’re patient and persistent enough.

In many aspects, this is a traditional Kingdom Hearts game, even though it does have numerous mobile-specific optimizations. However, I strongly believe that hardcore fans are going to love it, as well as new players. The graphics are very nice for a mobile game, while music will take you back to the original version. Controls are optimized for touch, and the battle mechanics are well-known.

If you are looking for an elaborate action-packed game, my strong suggestion is to try out Kingdom Hearts Uncharted X.