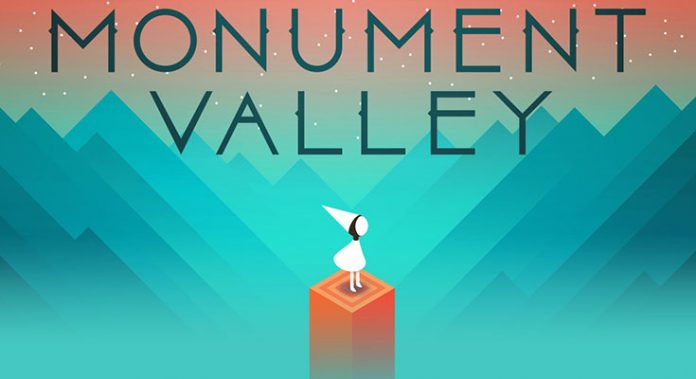 For a while now it’s clear that iOS gaming has become an increasingly popular trend. The newest iPhones and iPads are bringing stronger than ever graphics and processors, capable of running even those high demanding action games. On the other hand, there are some very creative developers who are trying to create genuinely authentic games, mostly available only on the iOS platform. This helped Apple to promote their handheld devices as a gaming platform and to successfully compete against some very popular handheld gaming systems.

One of the games that firmly holds its place on the iOS App Store’s bestselling charts is Monument Valley. This game received very positive reactions from the press and users as well, so it’s not surprising to see how quickly it climbed the ladder of bestselling games. We also decided to try it for ourselves and to see if this is truly one of the best recently released games, as many are saying. 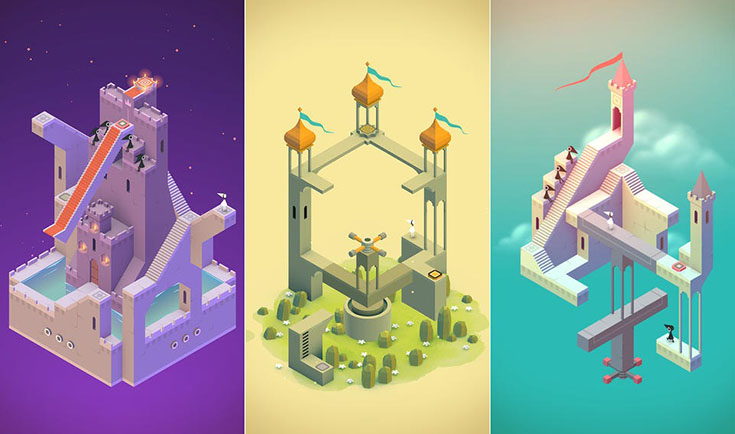 You can download Monument Valley for $4, and this is a universal app. Even though it brings somewhat higher price that most iOS apps, I am sure you’ll see that it’s worth it once you open it for the first time. Instead of a tutorial you’ll go through a single simple level in order to learn some basic controls and to get to know the unusual environment. What’s interesting about this game is that it brings gorgeous graphics consisted of isometric perspective and optical illusions. I am sure that creators spent a lot of time thinking about each level and perfecting even the smallest details, and it’s very clear that this game has high value in terms of graphic design and gameplay. There’s really nothing not to like about this app, which managed to constantly surprise and impress me.

The main goal is to advance though the levels by solving optical illusions, which means that you’ll need to move the main character by solving ever present obstacles. Levels are thoughtfully designed and you’ll get to learn more about the main character as you progress through the mysterious story. Using swipes and taps you’ll rotate parts of buildings, and create new paths for your character to follow. All of these movements are followed by a very soothing music that creates relaxed and somewhat mysterious atmosphere. I don’t think that I would be exaggerating if I say that Monument Valley is a valuable piece of modern art, mostly because it manages to create its own identity and make you think a bit differently about solving obstacles.

One of the best things about this game is that it doesn’t bring high scores, so you can really take your time in order to try different combinations and most importantly, you can really pause for a few seconds and enjoy the beautifully designed environments.

I strongly recommend trying out Monument Valley, even if you’re not really a gamer. It will bring you lots of fun times and actually relax you after a stressful day.