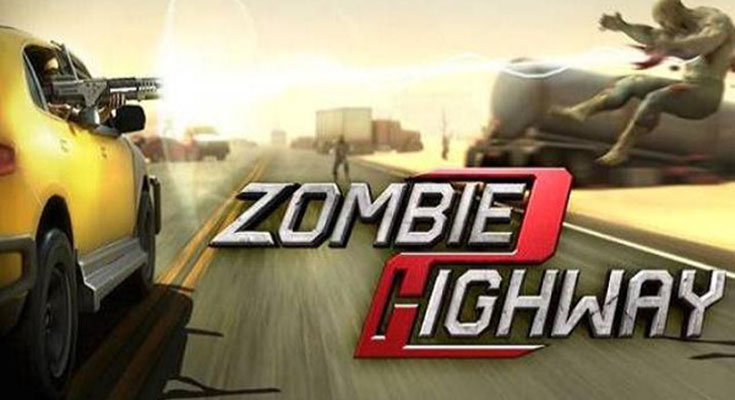 After quite successful iOS game named Zombie Highway that kept many of us occupies for hours, now it’s time for the newest iteration, which brings better graphics and more content to play with. I was a big fan of the first game of this series, which managed to create very loyal and diverse player base. As a reviewer and as a gamer, one of the things that I respect the most about the Zombie Highway is the way its developers never stopped improving it. There were numerous updates bringing new content and different gameplay modes, which made it impossible not to return for one more run.

The sequel to Zombie Highway has finally hit the iOS App Store, and just like the previous version – it is free to download and play. I got excited just by reading the official description that promised updated graphics engine and sound, and a completely new depth in terms of gameplay. That is why I happily downloaded it to my iPhone and returned to playing this zombie hit-and-run adventure.

The first thing that I noticed about this game is a completely new level of polish and depth. Zombie Highway 2 supports the new Metal graphics that comes with the newest iOS version, but you will need to download an update if you’re interested in using this technology. The game will ask you to download the enhanced textures and lightning, so make sure you take it. This is even more noticeable if you are playing on your iPad, since this game really shines through a larger screen. 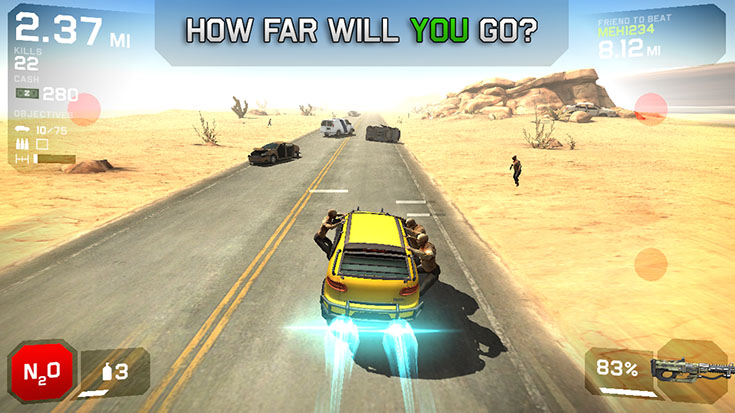 When it comes to gameplay, it is as simple, but as addictive as ever. The core has remained the same, which seems logical and obvious. However, you will get to drive through newly designed environments and landscapes, and you will also need to pay attention to roadblocks, wrecked vehicles, and closed lanes. One of the improvements are the tunnels that you can now drive through. While driving through tunnels your viewing area will become much smaller, since you depend on the headlights to avoid obstacles and hit zombies. You will be also presented with daily challenges, which is a good way to earn some coins. As before, coins can be used to upgrade vehicles and unlock new weapons, which are even crazier than before. I need to say that these daily challenges are sometimes extremely difficult, but they can be manageable at times, so don’t get disappointed if you fail to meet the goal during a first few days.

Since Zombie Highway 2 is all about zombies, I feel obligated to tell you more about this category. There are a couple of new zombie types, which presents a new level of difficulty. For example, you will encounter heavily armored zombies that are very hard to get rid of.

If you are a fan of the first Zombie Highway, and even if you never played this game, my strong advice is to download the sequel (Zombie Highway 2) right away, and start playing. I am sure you will spend many hours chasing down zombies and trying to get rid of them as effectively as possible. I am also very intrigued to see new updates, which are surely going to bring a lot of new content.

TAGiPhone Review Zombie Highway
Previous PostWhat are the Top 10 Apps for Apple Watch? Next PostMailbox Is a Minimalist Yet Powerful iOS Email Client